In his review of our book The Coming Generational Storm [NYR, March 10], Paul Krugman claims we have a modest demographic (read Social Security) problem and a health care spending crisis. He also claims that we hyped the problem and ignored the crisis in order to hawk Social Security reform. Not true.

According to the US Treasury, our nation’s projected expenditures exceed its projected tax receipts by $31 trillion measured in pres- ent value assuming Medicare and Medicaid benefits per beneficiary grow only with real wages! This figure rises to $51 trillion if these benefits levels grow just one third faster than real wages. Hence, we’re facing a grave fiscal problem even in the absence of excessive health care benefit growth. This is not to downplay the problem with health care spending. Historically, Medicare and Medicaid benefit levels have grown 2.5 times faster than real wages. Permitting this to continue is economic suicide.

This is all documented in our book, which Krugman apparently skimmed. No surprise. Krugman, a brilliant economist who may win a Nobel Prize, is on a crusade to defend the existing Social Security system. In so doing, he apparently feels the need to pigeonhole and castigate anyone not singing from his hymnal. In his review we’re portrayed, albeit by association, as Social Security “crisis-mongers” because we dismiss separate Social Security trust fund accounting, which, according to Krugman, shows that Social Security “has been run responsibly and is a sustainable system.”

We abjured this accounting for a good reason. It’s a linguistic exercise with no basis in economic science. Indeed, as Chapter 3 shows, our entire cash-flow, deficit accounting system depends on economically arbitrary choices of how to label government receipts and payments. In contrast, the fiscal gap is well defined, yielding the same measure for any labeling convention.

Of course, Krugman is free to claim Social Security is in great shape and the rest of the government is in awful shape. And the President is free to claim the opposite. But no one should confuse those statements with economic analysis.

Krugman not only ignores the contents of the book; he misses its central concern, namely our nation’s historic and ongoing practice of fiscal child abuse and its dire implications for our children and economy. Regardless of how you slice it or dice it, our nation has spent five decades taking ever larger resources from the young and handing them to the old. This process has culminated in an unpaid bill of $51 trillion or more, which we apparently intend to dump directly into our kids’ laps. This is not only immoral; it’s economically infeasible.

At this point, we don’t need Democrats and Republicans yelling at each other. We need fathers and mothers looking out for their children and grandchildren. Our book, endorsed by five Nobel laureates in economics from the left, right, and center, offers unique and grownup approaches to eliminating the fiscal gap through Social Security, Medicare, Medicaid, tax, and spending reform. Krugman should read it.

I’m sorry that Kotlikoff and Burns were so miffed by my review that they felt compelled to attack my motives rather than deal with the substance of what I said. Maybe that’s why they think that I did the same thing—that I accused them of “hawking” Social Security privatization, when no such accusation appears in my article. In fact, their privatization plan bears so little resemblance to what Bush is proposing (or to what is politically feasible) that it can hardly be said to give the administration aid and comfort.

All I said in my review was that they give a misleading impression of the size of the demographic problem, and blur the differences between that manageable problem and the very different problem of medical costs. And, sadly, they’re still doing it.

When they say that even in the absence of medical cost inflation we would face an implicit liability of $31 trillion, the number sounds impossibly daunting. But that’s true of almost any cost evaluated over an infinite horizon. Maybe the way to put this in perspective is to say that the revenue loss from the Bush tax cuts, if they were maintained forever, would have a present discounted value of almost $20 trillion. As I said in the review, the challenge posed by the aging of the population is a serious but not overwhelming problem, requiring additional payments on the order of 3 to 3.5 percent of GDP.

Rising medical costs are a much more intractable problem. But it’s a problem that doesn’t fit at all well with the attempt by Kotlikoff and Burns to cast everything in terms of “fiscal child abuse.”

As I tried to explain in the review, the problem with health care isn’t mainly that the old are exploiting the young; it’s the fact that medicine can do ever more things, and we haven’t figured out how to pay for or ration that growing ability. And it’s not primarily a fiscal problem: the unraveling of the private health insurance system is, if anything, a more pressing concern than the future of Medicare.

In fact, Kotlikoff and Burns implicitly acknowledge that health costs and retirement benefits are very different issues: while they propose making today’s workers pay for their own retirement by switching to a fully funded Social Security system, they don’t propose anything at all similar for Medicare. If I had had unlimited space, I would have criticized their health care proposals, which I regard as wrongheaded. But that’s a subject for another article.

So I stand by what I said in the review. Nobody should ignore the demographic problem, which is real and substantial. But exaggerating it, and pretending that the quite different health care problem is part of the same syndrome, only distorts the policy debate. 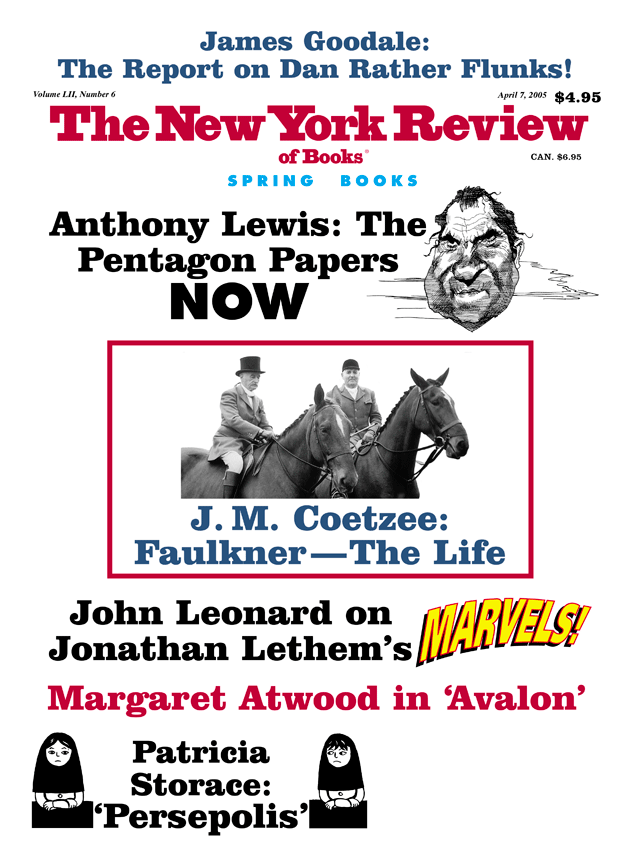 The Salvation of Social Security

The Future of Social Security: An Exchange