It is disappointing to learn that the Central Intelligence Agency filed motions in federal court in May 2005 to block disclosure of records related to the assassination of President John F. Kennedy forty-one years ago.

In response to the journalist Jefferson Morley’s lawsuit brought under the Freedom of Information Act, the CIA is seeking to prevent release of records about a deceased CIA operations officer named George E. Joannides.

Joannides’s story is clearly of substantial historical interest. CIA records show that the New Orleans chapter of a Cuban exile group that Joannides guided and monitored in Miami had a series of encounters with the accused assassin Lee Harvey Oswald three months before Kennedy was murdered. Fifteen years later, Joannides also served as the agency’s liaison to the House Select Committee on Assassinations. He did not disclose his role in the events of 1963 to Congress. The public record of the assassination and its confused investigatory aftermath will not be complete without his story.

The spirit of the law is clear. The JFK Records Act of 1992, approved unanimously by Congress, mandated that all assassination-related records be reviewed and disclosed “immediately.”

When Morley filed his lawsuit in December 2003, thirteen published JFK authors supported his request for the records in an open letter to The New York Review of Books (nybooks.test/articles/16865).

Eighteen months later, the CIA is still stonewalling. The agency now acknowledges that it possesses an undisclosed number of documents related to Joannides’s actions and responsibilities in 1963 which it will not release in any form. Thus records related to Kennedy’s assassination are still being hidden for reasons of “national security.”

As published authors of divergent views on the assassination of President John F. Kennedy, we say the agency’s position is spurious and untenable. Its continuing non-compliance with the JFK Records Act does no service to the public. It defies the will of Congress. It obscures the public record on a subject of enduring national interest. It encourages conspiracy mongering. And it undermines public confidence in the intelligence community at a time when collective security requires the opposite.

We insist the CIA observe the spirit of the 1992 JFK Assassination Records Act by immediately releasing all relevant records on the activities of George Joannides and any records at all that include his name or relate in any way to the assassination story—as prescribed by the JFK Records Act. The law and common sense require it. 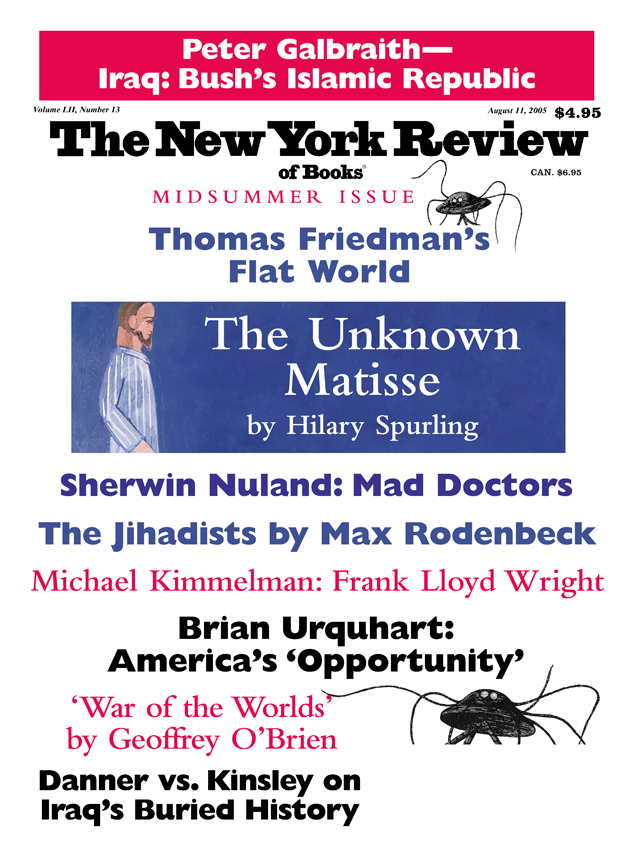 The Author in Exile to His Publisher in Prison

The CIA & Iraq—How the White House Got Its Way: An Exchange

Is the CIA Necessary?

‘Is the CIA Necessary?’: An Exchange