David Cole’s comments on “The Trouble at Yale” [NYR, January 14] neglect an important aspect of the controversy there and elsewhere on university campuses where student protesters have framed their demands for an end to discrimination in terms of their need for individual comfort and safety. It is the administrators, not the students, who have set the terms of the protests.

The context for what are surely threats to First Amendment and academic freedom rights comes from university administrators who increasingly treat their students as paying clients whose comfort and safety are a university priority. A classic recent example comes from Margaret Spellings (the former Bush administration secretary of education and the president-elect of the University of North Carolina), who explained her support of for-profit colleges this way: “The reason I did it was because I learned a lot about how we can serve our students and think of them as customers in providing a product in convenient ways for them.” Last year, a number of university presidents issued calls for “civility” in the face of controversies about everything from Israeli politics to football scandals. Nicholas Dirks, the chancellor at UC Berkeley, was typical: “We can only exercise our right to free speech insofar as we feel safe and respected in doing so, and this in turn requires that people treat each other with civility.” (Italics mine.)

A lack of civility, the failure to take into account the feelings of those who may be hurt or made uncomfortable by one’s remarks, comments, ideas, or political opinions, has now become the grounds for censoring them in universities all over the country and for firing faculty who have been accused of some form of “incivility” or verbal harassment. Calls for “trigger warnings” on syllabi (to alert students to potentially distressing material they may encounter) and Title IX compliance requirements for evaluating what counts as sexual harassment all come in the form of an insistence on the safety and comfort of students. Is it any wonder, then, that the angry student in the Yale video replies to Nicholas Christakis that she wants not “an intellectual space” but “a home here”?

The crisis of diversity we are witnessing at many campuses is the result of a conflict between genuine commitments to diversity on the one hand and the failure to address issues of institutional racism on the other. It is as if the simple addition of students of color will solve deeply rooted problems of discrimination, when in fact their increased presence exposes those problems. That they then respond, at least in part, in the language of disaffected customers—demanding the suppression of speech that hurts—ought not to be surprising, in that they are echoing the ideas of Margaret Spellings, Nicholas Dirks, and Title IX enforcement officers, who promised them safety and comfort, and consider it a more important value than free speech.

David Cole’s otherwise excellent article on recent student protests misses the mark in one significant respect. He suggests that efforts to rename a residential college at Yale or a school of public affairs at Princeton attempt to limit speech.

That can’t be right. Of course, naming a college after John Calhoun or a school after Woodrow Wilson involves speech. But so does the decision to name either of them after someone else. The demand that these names be changed no more subverts civil liberties than a call to substitute Susan B. Anthony for Andrew Jackson on the twenty-dollar bill.

As Professor Cole aptly states, such protests may be symbolic at best and silly at worst. But, unlike the students’ calls to fire Mr. and Ms. Christakis, they are in no way threats to freedom of expression.

David Cole’s essay on the racial controversy at Yale, and the need to maintain free speech in practice as much as in principle, while excellent, missed an opportunity. Cole is surely correct that to change the names of buildings named for Americans whose racial views ran the gamut from retrograde and white-supremacist (Woodrow Wilson) to genocidal (John Calhoun) is an empty gesture. Cole suggests that the answer lies in “new monuments” and “new naming opportunities [that] express a message of inclusion.” Cole is right, but only partially so. In these matters, we are not limited to a choice between celebrating such historical figures uncritically and adding names and stories to the mix for “balance.” There is always the option, indeed the obligation, of more speech about the people we have decided, for better or for worse, are worth remembering.

In other words, why not leave the names of such “great Americans” on the buildings, but find the ways and means to tell the fuller, darker story as well? Every such building should include, in its lobby or near its entranceway, a prominent and well-sourced exhibit that explains—not as a historical footnote, but as central to the story—how and why the person honored with a naming failed to live up to our nation’s highest ideals. No one should enter the Washington Monument, for example, and not be confronted with the fact that George Washington—the “indispensable man” of the early Republic, and almost certainly our greatest president—bought, sold, and owned human beings. Visitors need to know who those human beings were, what they suffered, and what Washington had to say about it. It is core to the project of history and remembering.

This is, after all, the central American paradox: that many of our history’s “great men” articulated and fought for the expansion of freedom, while simultaneously enforcing an ugly, even murderous racial order. The truth—our American truth—is complicated, to put it charitably. The proper response is neither to whitewash our history, nor to seek to erase it, nor even, as Cole suggests, merely to balance it with stories of righteousness. The answer is to fully understand it, to embrace it, and to learn from it, exercising our high civic value of freedom of speech to do so.

I agree with Joan Scott that a concern for “safe spaces” and comfort cannot trump the freedom of speech that is essential for intellectual exploration in a university. But I think it misreads the situation to dismiss student demands as driven by administrators who have coddled them as customers instead of demanding their critical engagement as scholars. I think rather that today’s demands are shaped by the harsh reality that African-American students continue to confront in the real world, one made plain by all too frequent police harassment and brutality, and countless empirical studies demonstrating that professors, employers, and peers continue to be affected by implicit biases that disadvantage and demean people of color on a regular basis. The harms are real, and we ought not to be too quick to dismiss them as a desire to be coddled.

Civility also cannot be so easily rejected. As a professor of criminal justice and constitutional law, where divisive issues of race, gender, class, and religion are the order of the day, I have long found it critical, in order to encourage intellectual engagement, to assure my students both that all views are welcome and that it is necessary to express themselves in a civil manner that respects their fellow students. Had the Yale college associate master Erika Christakis sent an e-mail to her students consisting of racist or demeaning insults, her dismissal would have been appropriate. In my view, at least, it is critical to her defense that her e-mail was entirely civil and respectful, and thus adhered to the demands of civility that are as essential as tolerance is to the academy. Civility is not about coddling customers, but about facilitating a meaningful exchange of ideas.

I take Andrew Celli’s excellent suggestion as a friendly amendment; as I wrote in the original piece, it is far better to teach Americans that our “national heroes did things that we now judge as immoral and unjust” than to erase the names of those we no longer approve. Finally, while Steve Mayer is correct that the issue of renaming colleges and buildings does not directly implicate free speech, I think George Orwell would recognize that official decisions to whitewash the past because different values are in ascendance today nonetheless raise concerns. But my principal point was not constitutional but strategic. As I see it, the focus on renaming is a sideshow, and distracts from more central and challenging issues of racial equality and inclusion.

Renaming a building is a cheap and easy token. Revamping an institution’s priorities to encourage more students of color to enter academia, to hire more faculty of color, and to engage in concrete measures, including recruitment and financial assistance, to make it possible for students from disadvantaged backgrounds to make it to and succeed at the nation’s best universities takes a real commitment of resources. Changing the name of Calhoun College at Yale or the Woodrow Wilson School at Princeton is unlikely to do much if anything to improve the lot of minority students at Yale and Princeton. The more concrete measures demanded by the students almost certainly would. 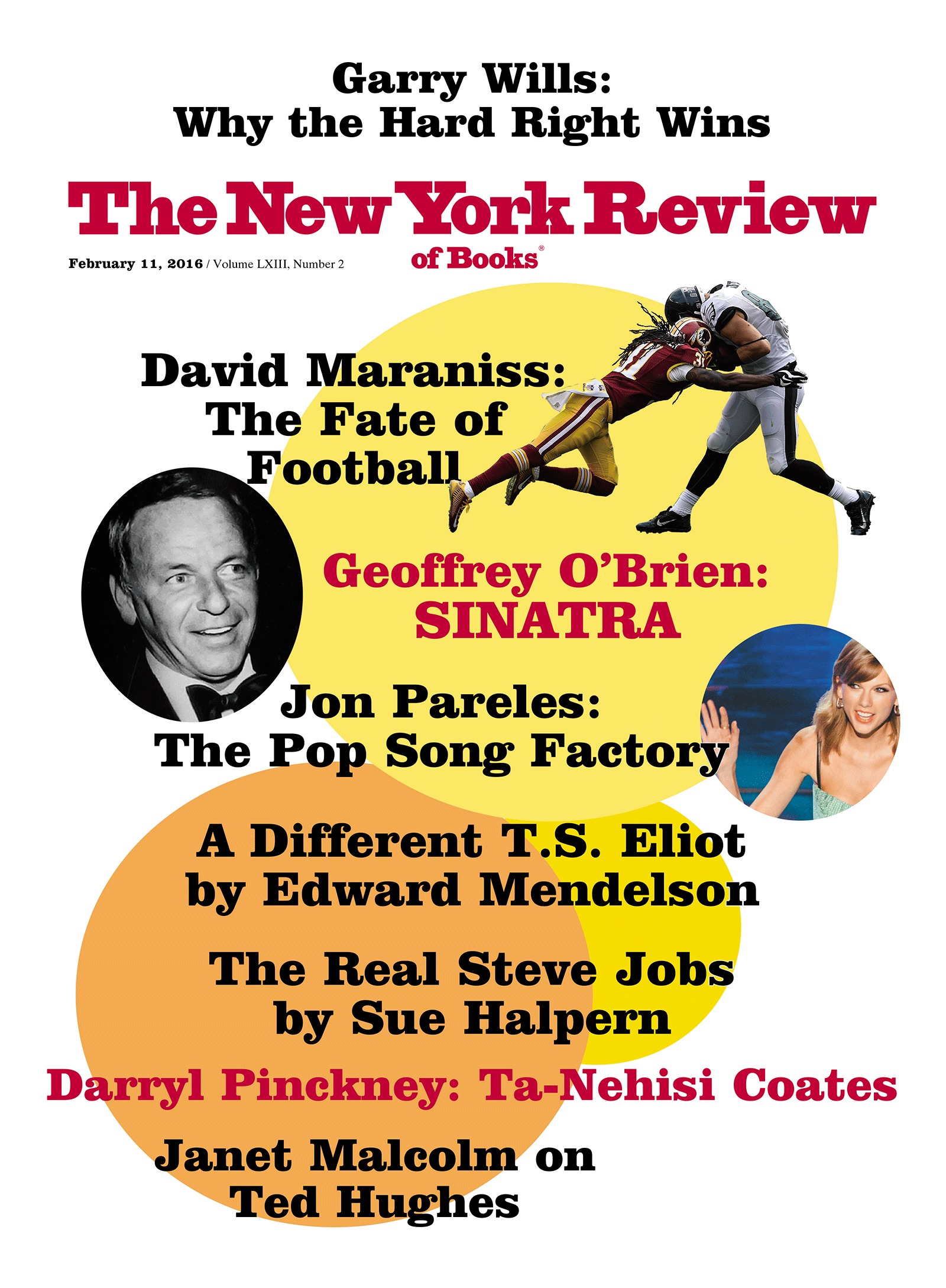 The Trouble at Yale

Race & Renaming: A Talk with Peter Salovey, President of Yale

The Panthers at Yale