The Perfectionist from the November 9, 2017 issue

Tim Page in his review of Harvey Sachs’s biography of Toscanini [NYR, November 9] speaks of the preference of some of us for a particular style of interpretation of classical German composers, imbued with what the Germans call Innigkeit, or “inwardness,” as he translates the word. He surely means Innerlichkeit, the real German counterpart to “inwardness.” Innigkeit has nuances of warmth and intimacy.

The contrast between the German world and the Latin one has a long history, arguably going back to the pietism that preceded Luther’s Reformation. Innerlichkeit is a central element of this contrast, and is behind, for instance, the contrast underlined by the early Thomas Mann between Zivilisation (France) and Kultur (Germany). Heidegger would also emphasize the contrast, identifying Germany with classical Greece.

Toscanini’s great contemporary Wilhelm Furtwängler exemplifies the contrast, not only in terms of interpretative style. 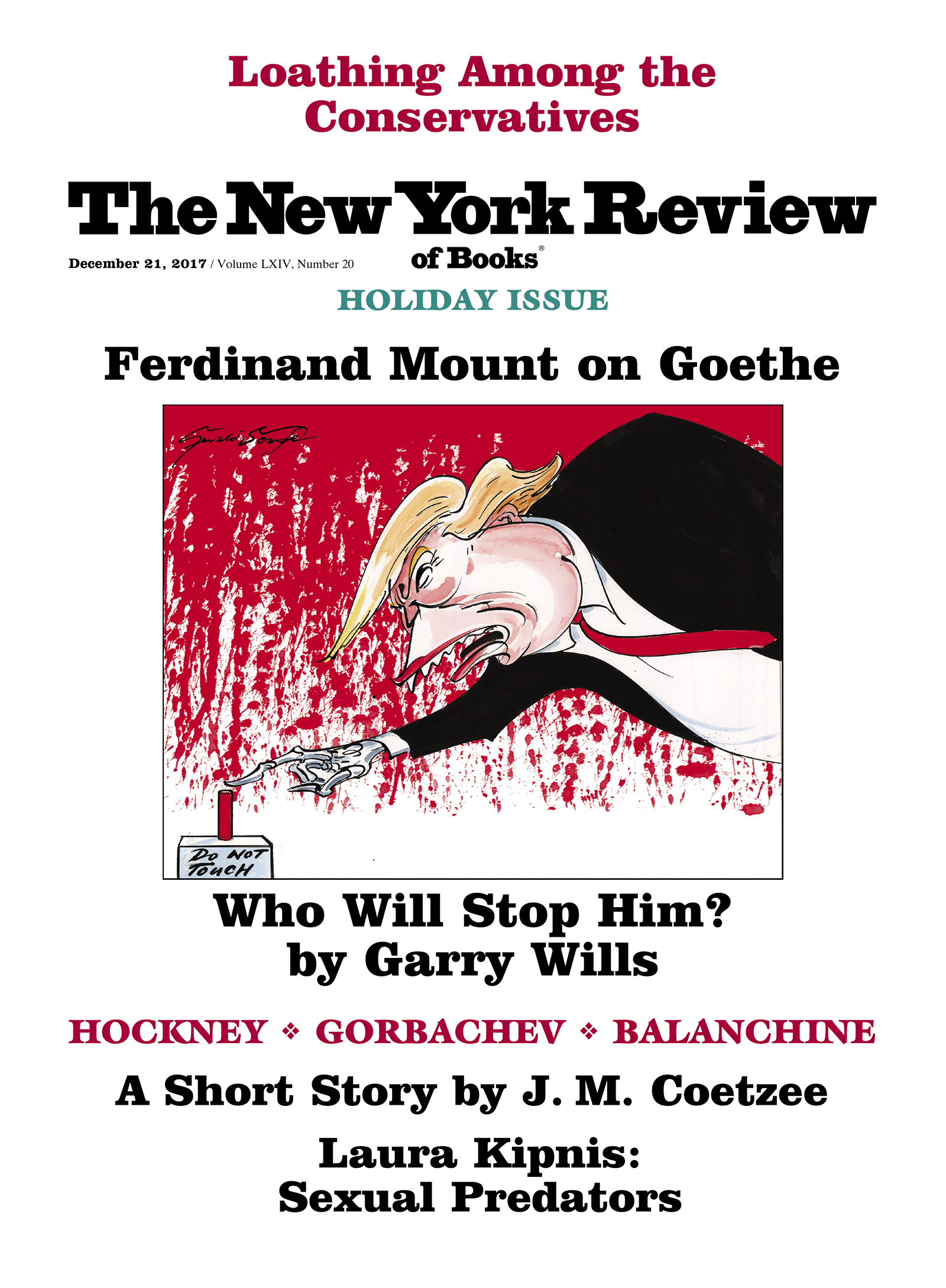 Germany at the Frontier

Place in the Sun