Studs Terkel, who died in 2008, is best remembered, if at all, by Americans at large for his popular and prize-winning books of oral history—nine of them, from Division Street (1967) to Hope Dies Last (2003). But we Chicagoans remember him more vividly for his large presence in our city over the last half of the twentieth century. He was as much identified with Chicago as Herb Caen was with San Francisco, or Jimmy Breslin with New York, or H.L. Mencken with Baltimore. He was born in New York in 1912, but he came to Chicago at age eight and never left. He went to university and law school here, acted in local theater, ran a pioneering television show, championed local candidates and causes, and, most importantly, did a five-day radio interview show on WFMT for an astonishing forty-five years (1952–1997). Many people in Chicago either grew up or grew old (or both) along that thread of continuity in their civic lives.

That is not something we are able to share with other Americans. A thread of continuity is easily snapped. That is why Terkel’s books, addressing an audience not constricted in time or space, seem more solid and lasting. When he died, he left all the recordings of his shows—over 5,600 of them—to the Chicago Historical Society (now the Chicago History Museum). But what was that institution to do with them? They were on deteriorating tapes, not cataloged for easy access, and could only be consulted at the place of their storage. If for some reason one wanted to listen to a show that has become a historical document (I think of Martin Luther King’s thwarted time in the city), or a show that captures the living voice of a dead celebrity—either a national one like Dorothy Parker or a Chicago one like Big Bill Broonzy—one would have to go to the museum, ask for the tape to be searched out, and listen to it on earphones in that public place. No wonder the nine books seem more inviting than the 5,600 tapes.

But all that is changing, now that books live an ever more precarious existence, and the modes of electronic access pervade our lives. Thanks to the dedicated work of individuals, foundations, the National Endowment for the Humanities, and the Library of Congress, the tapes have been digitized and cataloged, and the shows now exist in a form that can easily be searched and downloaded to anyone’s computer or phone, or included as part of documentaries. Though the originals still belong to the museum, they are being tended by technicians at WFMT—the collection’s director, Tony Macaluso, and its chief archivist, Allison Schein Holmes.

The launching of this ambitious project will be celebrated on May 16 (Terkel’s birthday) at the American Writers Museum in Chicago, and followed by similar events at the Library of Congress (July 2) and the British Library (as part of its September Season of Sound celebrations). The imaginative possibilities for this archive were signaled last January when the Kronos Quartet, a favorite of Terkel’s, performed Glorious Mahalia, a new composition by Stacy Garrop dedicated to Mahalia Jackson, another favorite to whom he was particularly close, using words from their radio conversations. The archive is also beginning a podcast series called Bughouse Square, hosted by the young African-American scholar and poet Eve Ewing, which explores themes treated in the broadcasts.

The themes of the interviews were broad, and Terkel’s energy in pursuing them was impressive. In his exploration of racial problems, he went to South Africa and with the help of his friend Nadine Gordimer surreptitiously taped Albert Lutuli, the Nobel Peace Prize winner who was under house arrest. He took advantage of a trip to Italy, where he received an award, to interview Federico Fellini. He also lugged his clumsy big tape recorder to California to interview César Chávez and to Selma to cover the protests there.

Now that the books and the radio programs can be compared, they show different and paradoxical rationales. The books deliberately avoid interviews with celebrities. Terkel wanted to talk with “ordinary people”—to show that there are no ordinary people. They are most successful when they discover profundities under the superficial appearance of anyone you might meet on the street. These should be matters of general concern.

The radio programs, by contrast, despite his occasional trips, dealt mainly with people of extraordinary abilities or achievements, and especially with show business eminences, whether in music, theater, literature, or other arts. Chicago has its own famous acting, singing, and writing accomplishments, but it is also a crossroads where famous people came to perform—and Studs dearly loved a performance. His politics made him celebrate noncelebrities, but his heart always tugged him toward the footlights.

When the eight-year-old Studs came to Chicago, the first people he met were tenants of the boardinghouse his mother ran. The first people who fascinated him outside his home were the soapbox orators at nearby Washington Square, known dismissively as Bughouse Square (that is, Nuthouse Square). He looked up to the nuts on display, and he meant to join them. In the 1930s, socialists proudly wore the color red. It became a trademark for Terkel for the rest of his life. He wore red-checked shirts, often with a red tie or scarf or socks. During the two years he was on a television sitcom about a diner called Stud’s Place, the round tables in the diner had red-checked tablecloths. In 1951 the show fell victim to a McCarthyite blacklisting of Studs and his lead singer, Win Stracke (they called themselves “the Chicago Two,” after contemporary designations like “the Harrisburg Seven”).

Though Terkel graduated from the University of Chicago and its law school, and passed the Illinois bar exam, he got his Juris Doctor in 1934, the depths of the Depression, when few law firms were recruiting (even fewer for Jews, Studs would add). So he followed his wish to perform. He was a super (supernumerary, a nonsinging role like a “spear carrier”) for the local opera house. He was in several theater troupes and played gangster roles in soap operas. He was an MC for various jazz and folk and gospel groups, and formed lasting friendships with the instrumentalists or singers. Traces of all these activities colored Terkel’s interviews with actors and singers.

Agents for performers and for the theaters they sang or acted in knew to direct their clients to Studs for an informed and supportive boost to their appearances. Others who just knew Studs or knew about him found their way to him on their own. So he taped not only Woody Guthrie but the young Bob Dylan. Not only Dr. King but the young Muhammad Ali. Even with nonmusical guests—like Jacques Cousteau, Carl Sagan, or Jane Goodall—Studs normally interspersed the talk with musical excerpts to suggest the period or subject or mood of the interview. Choosing those interludes and having them ready showed how thoroughly he prepared his daily show. Ken Burns, who uses music in a similar way for his documentaries, says that his entire approach owes much to Studs.

Finding the right music was something he clearly loved to do. He liked all kinds of music—well, not rock and roll or later styles. He was a product of earlier days. Once, when I was in the hospital after an accident, he brought me the complete recordings of Hoagy Carmichael. It might surprise some people, but not those who know Terkel’s taste and background, that the most frequent guests on his show were opera singers. The revived Lyric Opera became world famous under its first manager, Carol Fox, who was only twenty-eight when she founded the company in 1954 but stayed in charge until her early death at fifty-five. She and her publicist, the gregarious Danny Newman, who was with the company from 1954 to 2002, steered famous singers to the Studs show, knowing he would always give these heroes of his a wonderful reception.

Studs gave his listeners an appealing operatic education elicited from dozens and dozens of the greatest singers of the twentieth century—from Lotte Lehmann, who made her American debut in 1930 in Chicago in Wagner’s Die Walküre (Studs interviewed her in 1960) and Jennie Tourel, who also made her American debut in Chicago in 1930 (Studs interviewed her in 1970), down through the stars of the last half of the twentieth century (Luciano Pavarotti, Mirella Freni, Marilyn Horne, Elisabeth Schwarzkopf, and many more). When my son did some college-age service as a super at the Lyric Opera, he compared notes on the experience with Studs.

Running through the list of these thousands of recorded interviews, I noticed one surprising absence. Everyone knew Studs’s record as an unabashed liberal (he considered the people who gave up that reviled term to call themselves “progressives” timorous at best). Given that record, one would have expected him to have welcomed leftists (or at least Democrats) on his show. But he did not invite either national or local people running for or holding office.

Chicago in his time had epic political fights, such as the 1968 Democratic convention and the “council wars” around the first black mayor, Harold Washington. Was he afraid to be blacklisted again? I can’t suppose so. He made his views explicit when not on the show—on picket lines and at fund-raisers and candidate events. But he seems almost to have expected what is in fact being done with his show now—that it would be listened to after the immediate electoral conflicts had faded. Good music and novels and poetry last. Studs, a self-confessed “ham,” liked to read poetry on air, and when he did not have a person scheduled for that day he would read a short story or two from his favorite authors—Chekhov, perhaps, or Flannery O’Connor.

These programs could not pose a more thorough contrast with the TV shows today that feature partisans screaming at one another in a studio. Not that Studs evaded political issues—he had on authors who wrote about liberal or conservative matters, just not candidates. He had Paul Robeson and Gwendolyn Brooks on, people who were not running for office. He did not want anger dividing his audience. He was always an amicable, nonrancorous radical. He would listen to anyone, quietly. He wanted company, not combat.

Though Studs called himself an agnostic, and defined that as “a cowardly atheist,” he was not covering up his own views. I think he found atheists too forceful in rejecting others. He was more accepting than rejecting. It was interesting that when he dined with friends and knew that one was a believing Jew or Christian, he would ask him or her to say a blessing over the meal. For one thing, he liked ritual. (What else were his red socks?) But also he felt that under all else there were treasurable things, persons, or views. I considered him a saint, by the only definition that makes sense to me: a man or woman whose company you leave feeling that you should become a better person.

After his wife of sixty years died in 1999, Studs kept her ashes on his front windowsill, to be mingled with his when he died. After his own death, some of his friends gathered secretly to bury Ida’s and Studs’s ashes in his beloved Bughouse Square. After the earth was tamped down over them, a dog trotted up and pissed on the spot. Another ritual. Enthusiastically applauded.

It is where I want my ashes buried. 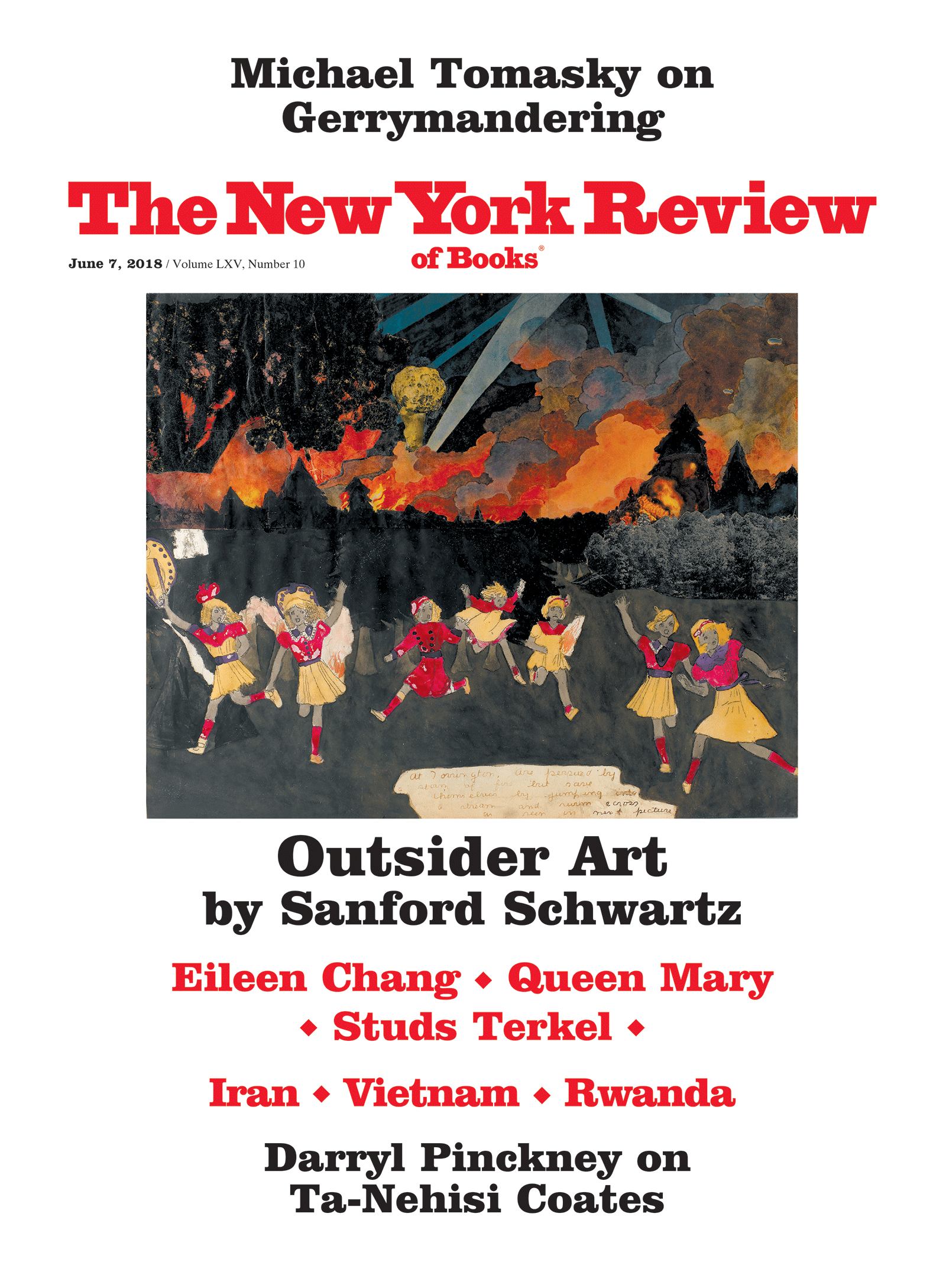