Who Will Speak for the Democrats? from the November 8, 2018 issue

Michael Hirsh’s article on Nancy Pelosi and Democrats distorts crucial congressional history and the reality of Democratic politics [“Who Will Speak for the Democrats?,” NYR, November 8]. (Admittedly, I am no neutral observer, having served as Pelosi’s chief of staff for eight years from 2005 to 2013, including during her entire speakership, but that experience helps reveal the shallowness of Hirsh’s article.)

Hirsh argues that Pelosi and the other leadership are dangerously out of touch with an increasingly dissatisfied progressive base, and that her dismissive attitude is therefore fomenting open rebellion within the caucus and division within the party.

Yes, there are a few progressive critics like Alexandria Ocasio-Cortez and Ayanna Pressley, but hardly a substantial portion of either the caucus or the freshman class. The incoming caucus will contain likely many more moderate newcomers—women, veterans, Republican converts, businesspeople—who have won the marginal seats that will yield a new Democratic majority.

Hirsh completely misrepresents Pelosi’s relationship with the “pesky progressive upstarts” whom he asserts are “converging on her podium,” and he archly dismisses her widely admired legislative skills as “let’s-make-a-deal pragmatism.” He describes “a powerful minority faction [that] grows openly contemptuous of the party leadership, blocking it at every turn.” Yet Pelosi, by Hirsh’s own admission, is hardly dismissive of progressive ideas and has agreed to put it “all on the table” and see where the votes lie. Perhaps Hirsh mistakenly thinks that Pelosi, or any leader, is empowered to dictate how members must vote and need only offer the legislative approach she personally favors. Members do not elect leaders to tell them what to do; they elect them to run the caucus fairly and give all viewpoints an opportunity to participate.

When in the majority, Democrats were admittedly frustrated by their inability to achieve some goals, among them ending the wars in Iraq and Afghanistan, imposing tougher sanctions on Wall Street executives, and incorporating a public option in the health care law. But if Hirsh thinks those goals were unachievable because Pelosi fought the left and cozied up to well-heeled interests, he must have a trove of undisclosed documentation. Indeed, scores of moderate members lost their seats just by voting for the toughest measures that could pass.

Hirsh asserts that the base believes little has been done to make “the party…start looking like America itself by bringing more minorities and women into power.” He would do well to study Pelosi’s allocation of women and minorities to crucial committees and leadership. Moreover, the 116th Congress will be the third in which there is a majority-minority Democratic caucus, many recruited by the leadership.

Hirsh seems annoyed that Pelosi and Democrats in general are unable to convert the policy goals of the far left into law. He unfairly minimizes Pelosi’s skills in cobbling together the coalitions needed to prevent a collapse of the economy, reform higher education financing, extend health care to thirty million Americans, toughen emissions and energy conservation standards, and dozens of other achievements. Leadership is about being a tough negotiator while also knowing when to cut the best deal you can.

Hirsh’s article bears little resemblance to Democratic politics, the internal dynamics of the Democratic Party, or the record Pelosi has written as a leader. Skilled leaders build coalitions rather than insist on submission to one viewpoint; that is how to reach a majority. As Pelosi often says, “If you don’t have 218 votes, we’re just having a conversation.” Diatribes are fun, but Pelosi has to govern.

John Lawrence, who spent most of his career serving the Democratic establishment on Capitol Hill, more or less vindicates my argument, which is that this same establishment remains in a serious state of denial about the depth of anger within the Democratic base, and its sense of betrayal. Lawrence appears to see my article as a personal attack on Pelosi—which it is not—rather than a critique of the entire Democratic Party leadership going back to Bill Clinton, which it is.

I write positively of Pelosi’s progressive achievements and skills as a legislator, comparing her favorably to John Boehner and Paul Ryan, while at the same time noting that she’s always been quick to compromise. Certainly the most (unintentionally) comical part of Lawrence’s critique comes when he concedes that, even when they were in the majority, “Democrats were admittedly frustrated by their inability to achieve some goals, among them ending the wars in Iraq and Afghanistan” and “imposing tougher sanctions on Wall Street executives.” As we know, leading members of the Democratic establishment, including Hillary Clinton and Joe Biden, helped to start the war in Iraq (though Pelosi deserves credit for voting against it).

As far as Wall Street goes, the establishment did little better, as I note in my article. What especially brought a smile to my face was Lawrence’s comment that I “would do well to study Pelosi’s allocation of women and minorities to crucial committees and leadership.” In my two decades of covering Washington, I saw no worse abuse of cronyism than when Pelosi, while still Speaker in 2009, appointed her old California acquaintance Phil Angelides to head the Financial Crisis Inquiry Commission, despite his lack of qualifications. Pelosi and Senate Majority Leader Harry Reid chose Angelides over a supremely qualified woman, Brooksley Born, the derivatives whistleblower who was one of the very few heroes of the whole sordid financial scandal. Born, the former head of the Commodity Futures Trading Commission, had seen the dangers of unregulated derivatives trading—including all those notorious mortgage-backed “collateralized debt obligations”—before almost anyone else in Washington. But powerful men such as Treasury Secretary Robert Rubin, his deputy Larry Summers, and Federal Reserve chairman Alan Greenspan silenced her in the late 1990s. A brilliant lawyer who had once been short-listed for attorney general, Born also knew how to conduct an investigation. Angelides did not, and he made a mockery of the probe from the very first day, when he thanked the visiting chairmen of Goldman Sachs, JPMorgan Chase, Morgan Stanley, and Bank of America for their “thoughtful” opening statements.

The outcome was that what could have—and should have—been the twenty-first-century version of the famous Pecora Commission of the 1930s turned into a farce. During the New Deal period, Ferdinand Pecora, a formidable New York prosecutor, humiliated and forced the resignation of Charles Mitchell, the head of National City Bank (later Citibank), and oversaw an investigation that ultimately resulted in the Glass-Steagall Act. In contrast, Angelides’s commission issued a report that disappeared without a trace. 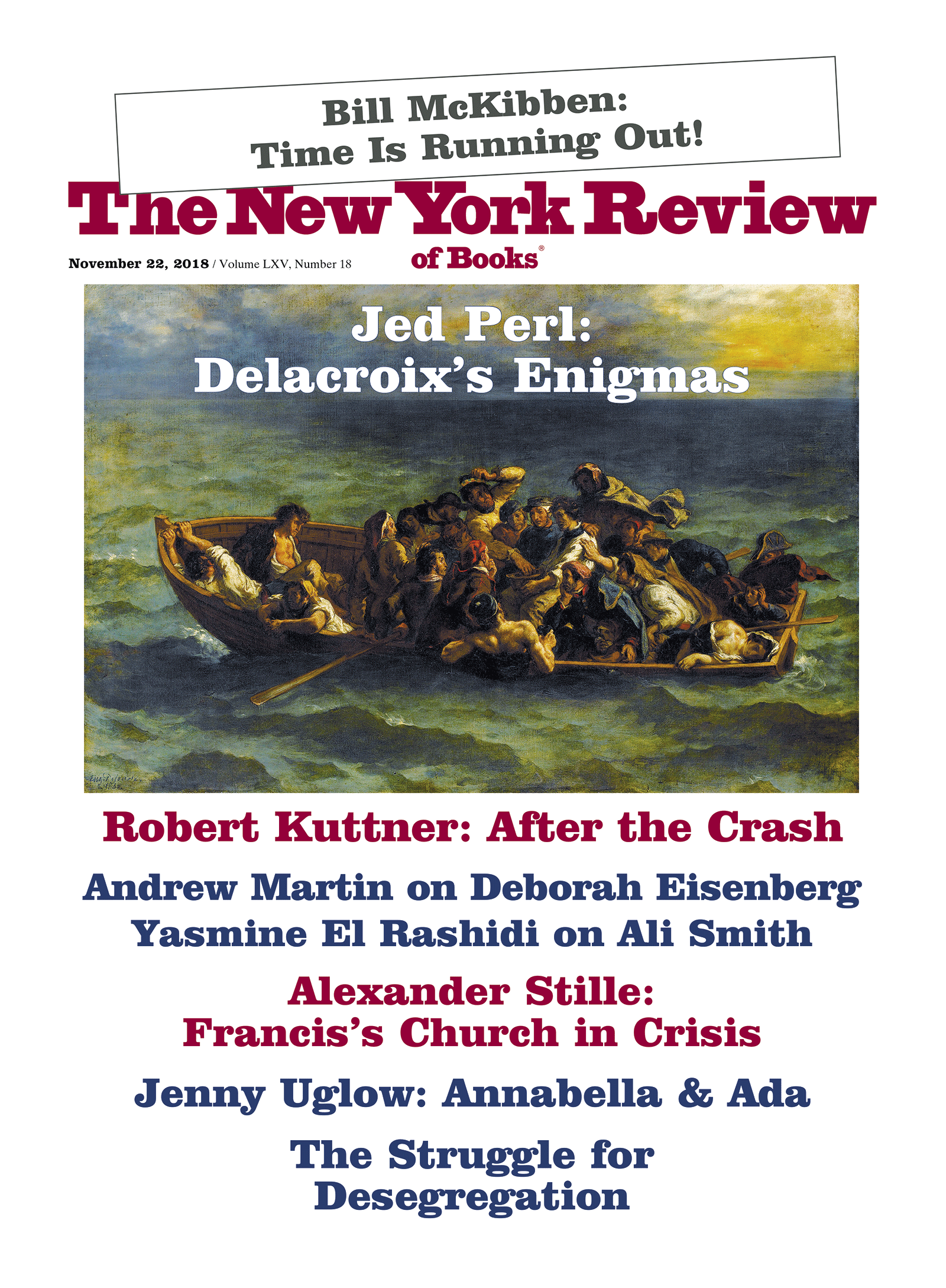 The Crash That Failed

The Crash That Failed

Who Will Speak for the Democrats?

Nancy Pelosi seems confident that she can overcome the resistance and keep her unruly party in line as she has done in the past.

We live in a two-party system in which one party poses existential threats to our democracy and the habitability of the planet.