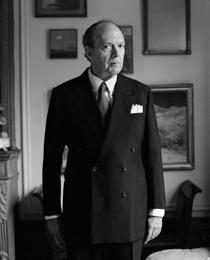 No recent book of poetry has been reviewed as widely and as favorably as Frederick Seidel’s Poems 1959-2009. It seems as if every major newspaper and literary magazine on both sides of the Atlantic has already published an admiring piece on the poet and we can expect more accolades to come. “Thank God for Fred Seidel,” Michael Hofmann concludes a review of the book in September issue of Poetry. Adam Kirsch agrees, calling Seidel perhaps the best American poet alive. Even the critics who have expressed a few reservations about his poetry agree that he’s never boring. Like Lowell, Plath and Sexton—and even Ginsberg—Seidel specializes in saying things one is ordinarily reluctant to say aloud even to oneself. His hatreds, his lusts, his wealth and his vanity are all on display. The poems are shocking and often annoying, but that’s not the whole story. They can also be genuinely moving and compassionate.

Display how horrible life after death is,
How horrible to draw your last breath is,
When you go on living.
I hate the old couples on their walkers giving
Off odors of love, and in City Diner eating a ray
Of hope, and paying and trembling back out on Broadway,

Drumming and dancing, chanting something nearly unbearable,
Spreading their wings in order to be more beautiful and more terrible.

This is an original and very powerful poem, as far as I’m concerned, but I find it impossible to persuade my friends that Seidel is worth reading. He is a showoff, they complain, endlessly bragging about the company of the rich and famous he keeps or his custom-made English suits and Italian motorcycles. They don’t like to spend time with someone who is convinced of his own exceptionality and who never ceases to remind them of that, though they admit that Seidel does have some striking images and metaphors in his poems.

I’ve encountered this problem before. Most of my students at the University of New Hampshire, where I taught for many years, never really got to like Lowell, Plath and Sexton, no matter how hard I tried to persuade them of the value of their poems. Coming from modest, hard-working small town New England families, they found the endless whining of these well-to-do Bostonians self-indulgent and insufferable. Although they would not admit it, a lot of their discomfort had to do with class. Who cares if some rich man or woman is unhappy, they were implying.

It surprised me. I had always believed that a good poem can stand on its own, that it made no difference if some creep you’d never want to meet in your life wrote it; but, obviously, that’s not how it is with many readers. For them, what Thomas Moore said in a prayer almost five centuries ago is still the definition of a good poem.

Grant me a soul to which dullness is naught,
knowing no complaint, grumble or sigh,
and do not permit me to give too much thought
to that domineering creature called the “I.”