I see Oluwatoyin Salau everywhere. She wears her hair blond and close-cropped in a mirror selfie she posted to Twitter on May 10 of this year. She wears a blush pink camisole with lace trim. She wears blue jeans, a bit of makeup. In one hand she holds a glittery gold iPhone. In the other she holds her shirt’s edge lightly.

Salau was Nigerian-American, a Yoruba girl. She went by the name of Toyin. She was born and raised in Tallahassee, Florida, and in the days before she was murdered in June, she spent time on the steps of the city’s Capitol building and in front of its police headquarters, protesting police brutality with other young Black people.

On June 6, Salau tweeted that she had just been sexually assaulted. Within hours she went missing. A week later, her body was found. She was only nineteen years old.

So much of Salau’s life story is compressed by the violence of her death story. In her selfie, some tenderness is saved. She is looking not at the camera’s lens but at herself. Her look is steady and it is soft.

“I am most real to myself in snapshots,” bell hooks has written. “There I see an image I can love.” As a child, she had trouble seeing herself as worthy. “Voices of authority” made her feel low and unprecious. She treasured a particular photograph that showed her dressed as a cowgirl, filled with joy: “It was the only image available to me that gave me a sense of presence, of girlhood beauty and capacity for pleasure.”

On a family trip, she gave the photograph to an adult for safekeeping. The adult misplaced it and it was never found. Now hooks preserves the image only in her mind’s eye. She calls it “the proof there was a ‘me of me.’”

Last March, right before the pandemic forced museums and libraries to close, I encountered a copy of hooks’s essay about that image in a vitrine at the Schomburg Center for Research in Black Culture in Harlem. I was there to see “Femmetography: The Gaze Shifted,” an exhibition organized by the center’s Teen Curators program that focused on the perspectives of Black women behind the camera. Now, when I think of the exhibition, I see Salau in my mind’s eye. She was not much older than the program’s students.

Throughout the 2018–2019 school year, about thirty high schoolers met twice a week with the Schomburg’s education coordinator, Zenzele Johnson, and her co-instructor M. Scott Johnson to learn about Black photo history, talk with guest artists, and receive basic camera training to make their own works. The images they created hung on the walls of the Schomburg’s American Negro Theatre for the exhibition, interspersed with photographs from Jeanne Moutoussamy-Ashe’s Viewfinders: Black Women Photographers (1986), the first anthology of its kind. 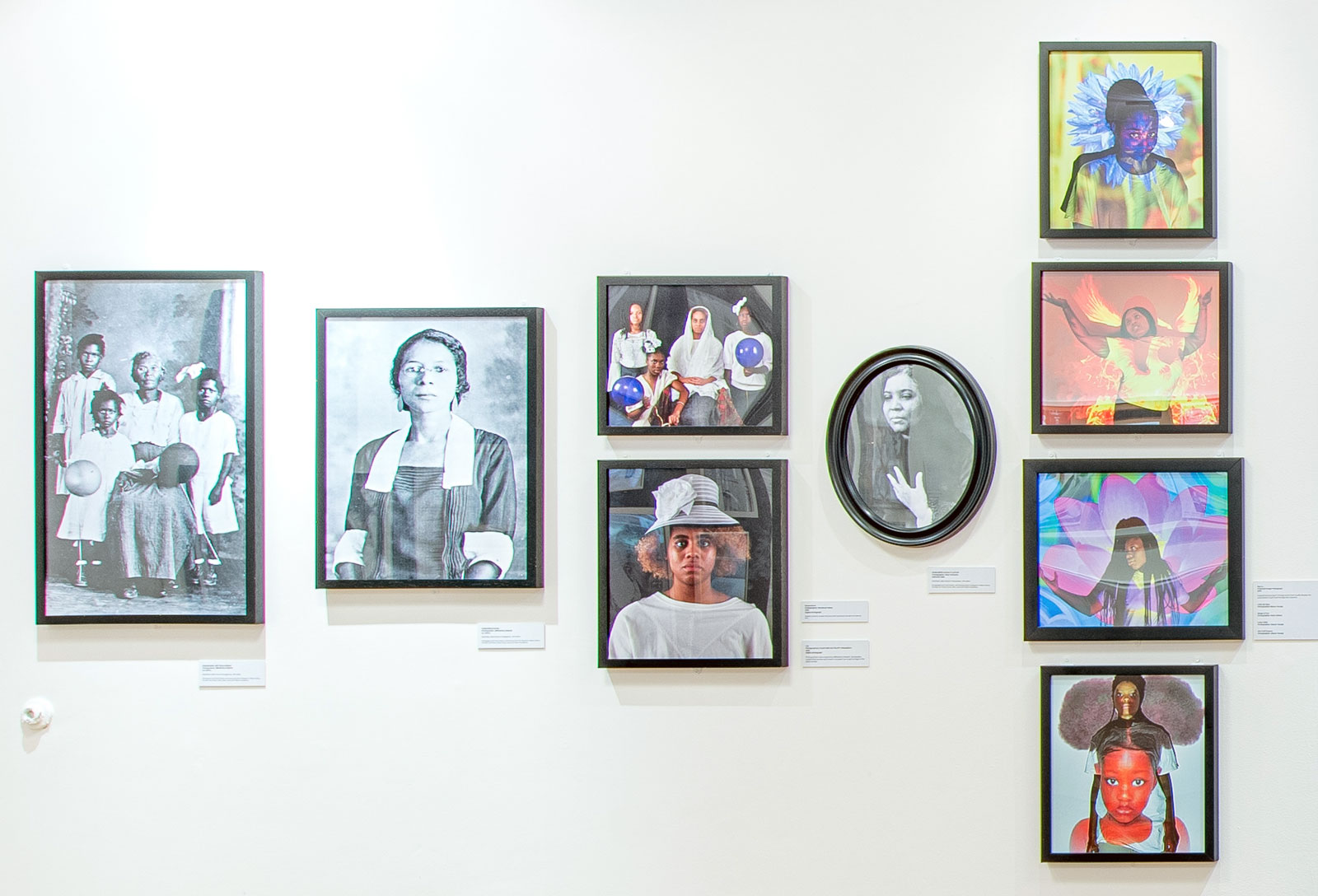 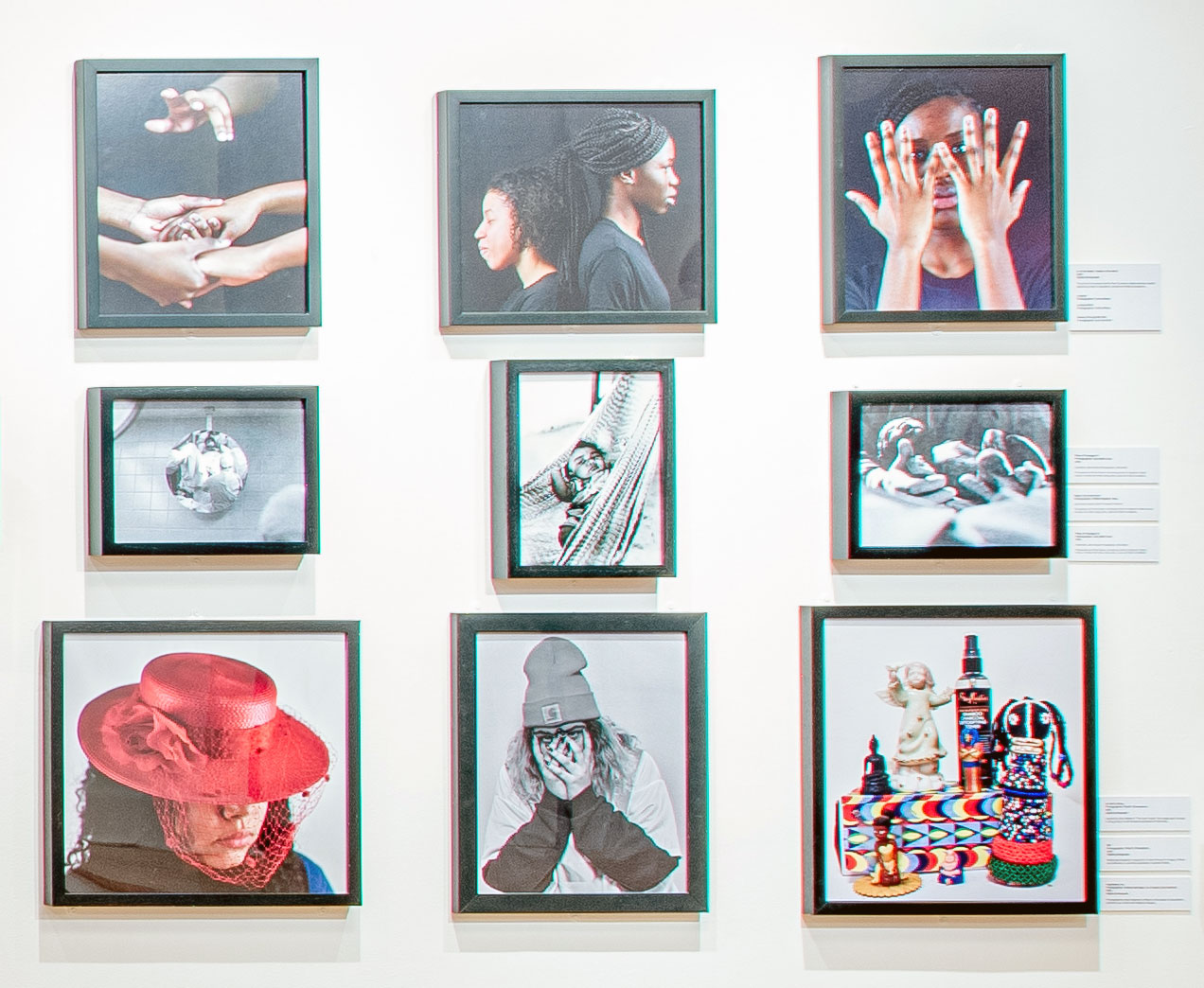 An installation shot of ‘Femmetography’

Viewfinders is a survey of meticulous care. Moutoussamy-Ashe began the project after a visit to Yale’s Beinecke Rare Book and Manuscript Library in the spring of 1982, where she first saw photographs stamped with the name E. G. Robeson—Paul Robeson’s wife, Eslanda. With research support from Deborah Willis, then the Schomburg’s curator of photography and author of her own landmark study, Black Photographers, 1840–1940 (1985), Moutoussamy-Ashe began to collect historical information about Robeson (an anthropologist whose photographs often illustrated her fieldwork), Elise Forrest Harleston (owner of a photography studio in 1920s Charleston), Winifred Hall Allen (a celebrated documentarian of 1930s and 1940s Harlem life), and thirty other Black women photographers, using census data and city directories to track many of them down. “Unfortunately,” she writes, “the significant contributions of hundreds of black women have been lost to history—their works, papers, photographs—as the eleventh-hour attempt to fill in the gaps and document their roles begins.”

For some of these pioneers, their biographies and portfolios stretch across several pages of Viewfinders; for others, only a sentence or two can be found. The same is true of the subjects in the book: some of the photographs are accompanied by detailed captions identifying who is pictured, while others go unnamed.

America’s memory was not made to harbor Black people. Our bodies contort in its hold. Because of this, sometimes we cannot recognize ourselves in the country’s archives. The “me of me” disintegrates.

The Teen Curators are after an antidote. Among the student work on the walls of the “Femmetography” exhibition was Kevin Deleon’s Goddess of the Baobab, in which a Black girl stares straight at the viewer, head tilted, arms raised, steady heat in her eyes. Its title deliberately invokes the ecological resilience of the baobab tree and, according to the wall text, “the self reliance of the black woman as a source of life.” 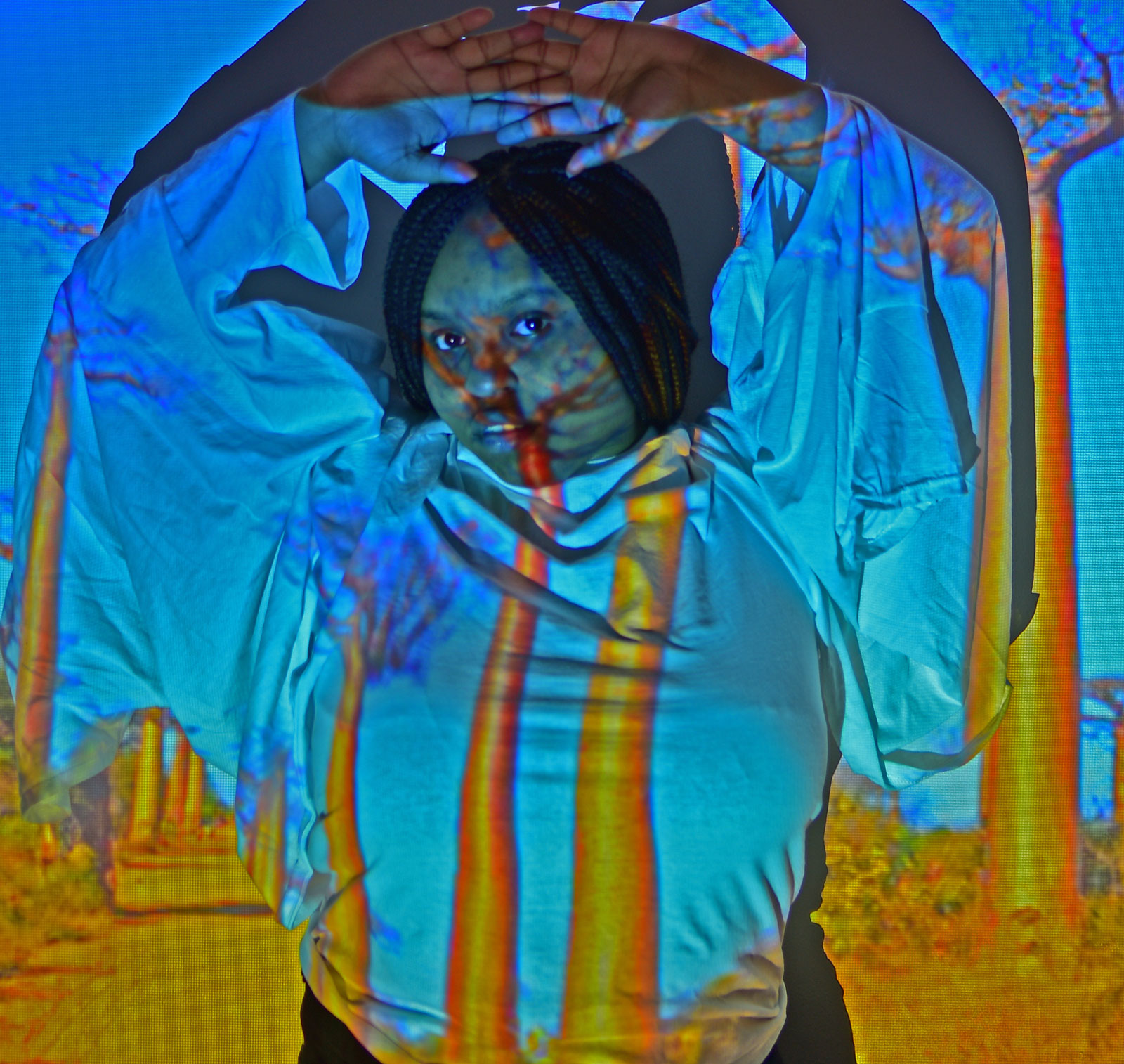 Kevin Deleon: Goddess of the Baobab, 2019; from ‘Femmetography’ 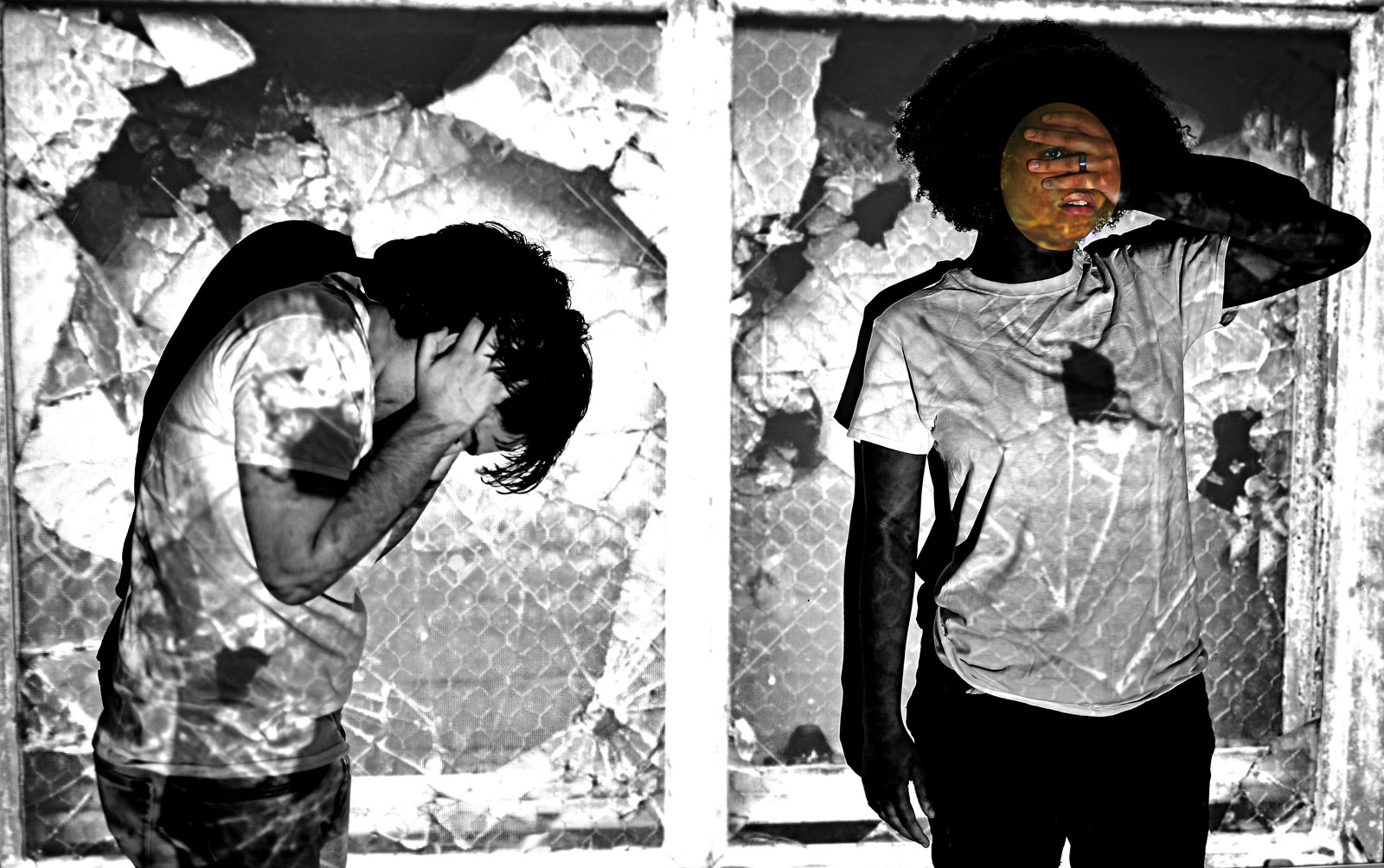 Another student work on display was Shattered, a diptych by Alexus Young, in which two teenagers stand against a wall onto which an image of shattered glass is projected. The teen on the left is in profile, head bowed, shoulders hunched, hands pressed to each ear; the teen on the right stands straight and covers her face with one hand, an eye peeking out, the corners of her mouth curved down, the gesture the only spot of color in this otherwise black-and-white image. The wall text explained that the curators “projected images onto their bodies to convey how they believe the body spiritually reacts to trauma.”

Salau studied cosmetology and liked to model; in all her photoshoots she is precisely adorned with spiky lashes, golden highlighter, a swipe of gloss. In these photographs she belongs to herself. Friends she met at the protests in late May describe her as shy, but in a video, now viral, of her at the microphone at a march, she speaks with electric conviction, taking full possession of her passion, anger, and grief.

This past summer, after her death, I read through Salau’s old tweets, many of which were whittled sharp by cycles of trauma. On May 8, she tweeted, “ptsd is so tired i’m tired shit.” Within a few weeks, she was in need of a safe home, seeking temporary housing at a church to escape “unjust living conditions.”

On June 1, she shared screenshots of an article about Tony McDade, a Black transgender man who had just been shot and killed by Tallahassee police. The article mentions his history of suicide attempts and sexual and physical abuse. “I will make sure his exact story is brought to the media y’all just hold on,” she wrote, “we do not ask for our stories to be put on display for pity but we deserve to be SEEN there cannot be any censorship on this matter.” 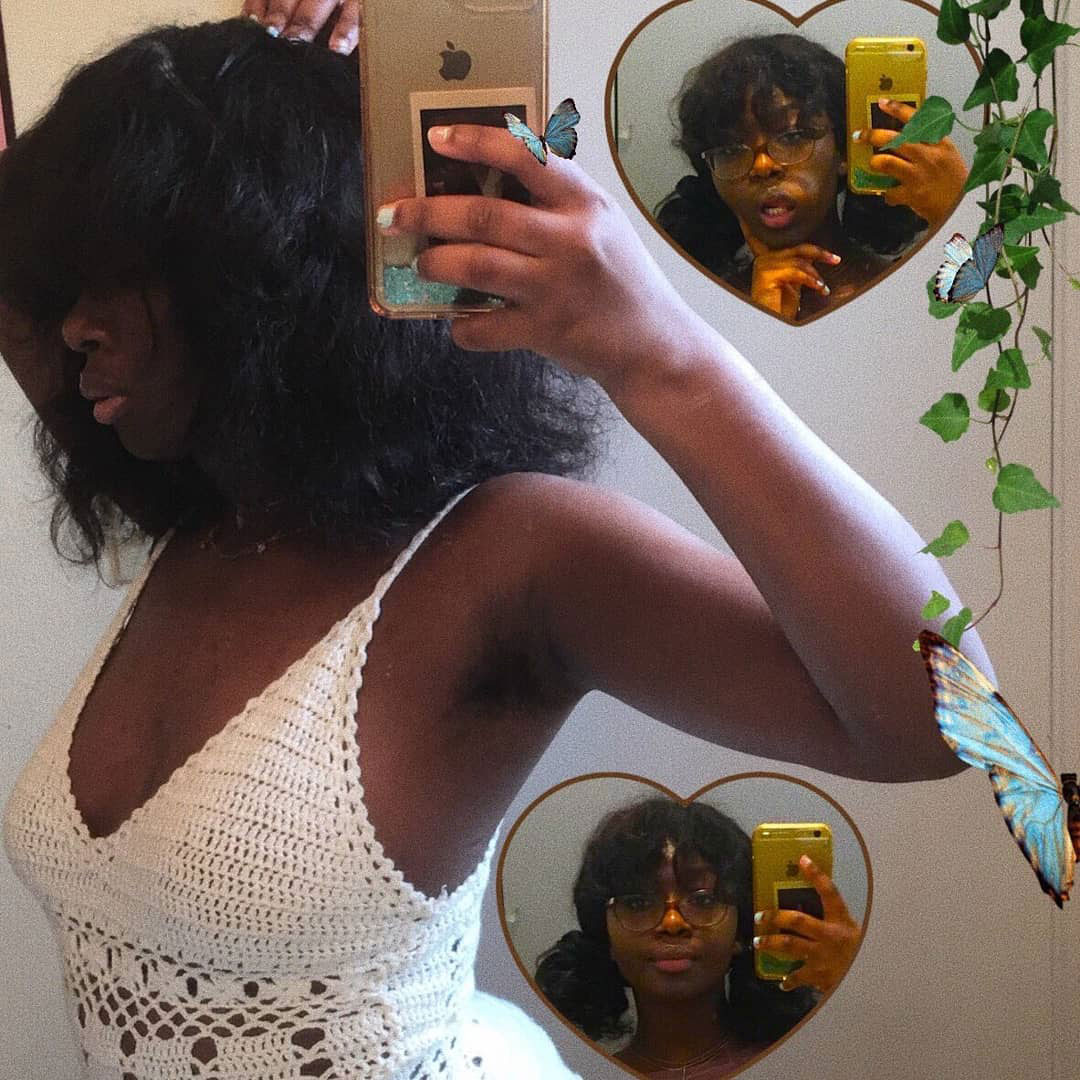 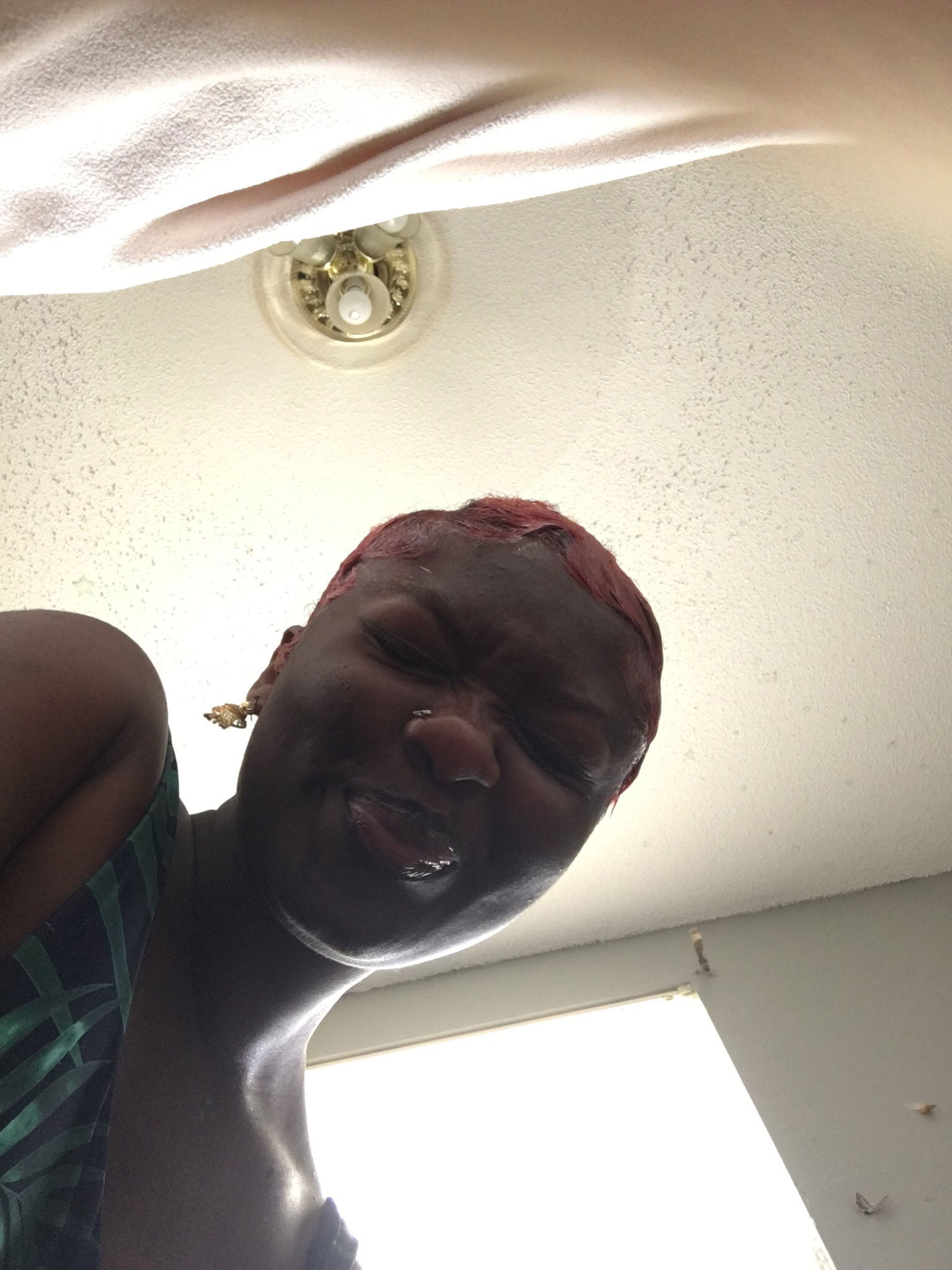 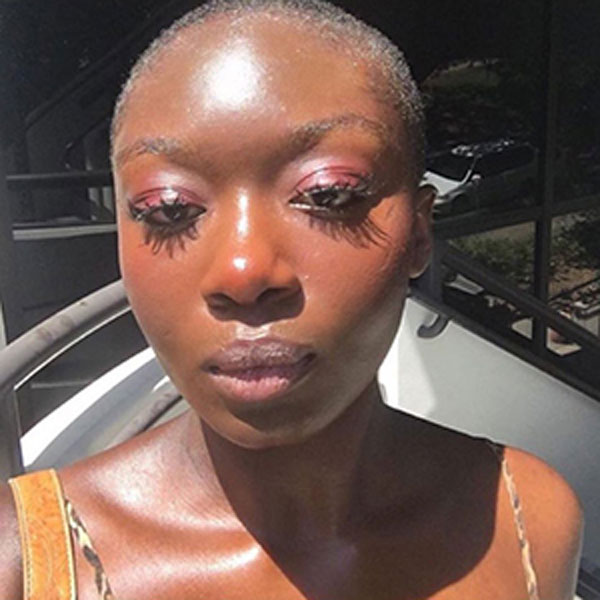 Five days later, she tweeted about being sexually assaulted: “Anyways I was molested in Tallahassee, Florida by a black man this morning at 5:30 on Richview and Park Ave.” In another tweet that day she wrote, “The same niggas i’m risking my life for are the same niggas who are convinced they are stealing away my ‘innocence’ or jewel not knowing that I am standing on a rock. Therefore I can never be broken or robbed.”

Salau also tweeted about her life beyond the violence that tracked her, but I can no longer retrieve those words. Her account is currently suspended, with a curt notice saying that “Twitter suspends accounts which violate the Twitter Rules.” This notice appeared months after her death and gives no explanation of what rule her dormant account might have violated. Salau’s informal public archive—where she shared her selfies, her thoughts, her mourning, where she rendered a self for the world—is at the moment lost to history, which is to say, history is adept at losing her.

I read what words of hers I can find. I look again at the selfie. I cry.

Throughout In the Wake: On Blackness and Being (2016), the scholar Christina Sharpe cyclically returns to a photograph of an injured young girl that she saw in an archive of images documenting the aftermath of the 2010 earthquake in Haiti. The archive offers the girl no name. She lies on a black stretcher, her head resting on a cold pack. There are uncovered wounds around her right eye, and on her forehead there is a piece of tape with the word Ship written on it.

Struck by this young Black girl made nameless, Sharpe works to see beyond the word Ship, which “threatens to block out” the details of the girl. She writes, “In her, I recognize myself, by which I mean I recognize the common conditions of Black being in the wake.” (To be in the wake, says Sharpe, is to live in and with the terror that undergirds Black existence.) Each time Sharpe goes back to the girl, she recalls her initial encounter with the image: “It was the look in her eyes that first stopped me,” Sharpe writes. “What is the look in her eyes? What do I do with it?”

At a salon to honor In the Wake, Barnard professor Kaiama Glover tried to describe what she saw in the girl’s gaze:

When I look at Salau’s image, something in me gives way. I try to name her gaze but I don’t know the private dreams she held aloft when she leaned her head, tugged her shirt, beheld herself.

“Femmetography: The Gaze Shifted” was on view at the Schomburg Center for Research in Black Culture from June 11, 2019 through May 22, 2020.

Nicole Acheampong is a writer based in New York. She is the assistant editor of Aperture magazine.