Someone was bound to come along and make the utterly obvious point that the Hirshhorn Museum in Washington has a low masterpiece count. What is surprising is the fervor with which Douglas Cooper has performed this job in his piece, entitled in Variety style, “Haul Casts Pall on Mall” [NYR, May 29]. It was hardly to be expected that anyone should be so passionately stirred at the spectacle of our nation’s capital falling short of the best. From the height of his aesthetic discrimination, to which he does not hesitate to call attention, the Rape of Washington by Joseph Hirshhorn, abetted by S. Dillon Ripley, Secretary of the Smithsonian, appears as one of the major outrages of the century.

Perhaps because he is dealing with Americans Cooper is not constrained by politeness. The Hirshhorn Collection is a “farrago of aberrations,” “one of the biggest hoaxes and extravaganzas in the history of art collecting,” a “colossal confidence trick.” Nor does Cooper hesitate to characterize the motives of Hirshhorn in making the gift to Washington, or of the city in accepting it. In handing over his art to the public, Hirshhorn displayed “the cynicism of an egoist and an intolerable arrogance” (unlike, presumably, other collectors, who tend to be renowned for their self-effacing modesty). Just because Hirshhorn had bought all those paintings and sculptures, he had the effrontery to imagine that someone else besides himself would care to look at them! Worse still—and here Cooper has many allies in Washington and elsewhere—he managed to get his name on the museum, a name which, after all, is not Folger or Smithson or Phillips. As for Washington, having been suffering, according to Cooper, from a cultural inferiority complex, it, too, was a “status seeker and opportunistically inclined.” (With this lead, authors may now start psychoanalyzing cities.)

What’s wrong with the Hirshhorn? Cooper dramatically draws the veil from what everyone has known all along: that Hirshhorn’s assemblage of art “has never been other than a haphazard piling-up of art works bought on impulse, without method, knowledge, understanding.” Yup! Just a rich guy buying art “for his own amusement and satisfaction.” He bought without the advice of experts, aesthetes or art historians, and this, I suppose, is a serious grievance in itself. Admittedly, Hirshhorn had no “method”—or rather, his impulse was his method. Yet some “knowledge and understanding” are bound to stick to a person who has accumulated more than eight thousand paintings and sculptures over a period of forty years and is still buying.

The nub of Cooper’s complaint is that among Hirshhorn’s thousands of works there are many by not-so-great artists and not-so-great works by great artists. For Cooper works in both categories have no significance; they are so much clutter in which the “best or path-finding achievements” get lost.

Cooper lectures Hirshhorn and Washington about what a “true museum” ought to be. But his idea of acquiring only works of the highest quality and art-historical significance has its drawbacks—perhaps more serious drawbacks than Hirshhorn’s prodigality.

1) It is extremely rare for museum experts to recognize greatness among newly arrived contemporaries. To catch up with what they missed in postwar American art, the Metropolitan and the Museum of Modern Art, among others, have been obliged to pay enormously enlarged prices. Or gaps have been left in their collections. By buying “everything” as it appeared, Hirshhorn overcame this deficiency.

2) Museums of modern art throughout the world compete for the same items chosen by Cooper’s men of “knowledge and understanding”—by now, which Picassos and Matisses to go for is no secret. The result is a wild competition that constantly pushes up prices on what is comparatively a handful of works, while valid and even important art is ignored.

3) With its history reduced to the peak periods of a few stars, modern art becomes a gallery of iconic images—The Card Players, La Grande Jatte, Les Demoiselles d’Avignon, Broadway Boogie Woogie. The creations of hundreds of gifted artists who, directly or indirectly, contributed to the emergence of these works fall under Cooper’s ban as “having no permanent value” and “no significance as examples of the best or most interesting.” Yet in refutation of such judgments, museums and art galleries keep uncovering neglected artists of the past in an endless game of revivals.

The great virtue of the Hirshhorn Museum is that it overflows Cooper’s definition of the “true museum” as restricted to “well-rounded collections” of “works which are not only typical but also of the finest quality available”—an aesthete’s ideal that takes no account of the rapid changes in values that have occurred in the past hundred years. Moreover, as Cooper himself notes, the modern masterworks that he would accredit are to be seen “in museums around the world.” The “true museum” is a project for today’s professionals that will require later professionals to correct their lapses. Hirshhorn’s collection fills gaps not yet visible. There are works in it never seen in loan exhibitions or reproduced in art books. For my own part, I was delighted to be so frequently surprised by items in the museum. Containing the most profuse outpouring of recent European and American creations to be found anywhere, it is a solid block of art history, not a theoretical summary of art history or samples of current critical taste. It is the only museum in which it is possible to see a good deal of what was going on at certain times—say, middle-period Rothkos, pre-black-on-black Reinhardts, metal-construction Nakian. Spectators inclined like Cooper to hurry past many of the exhibits may do so without trouble except to their feet. If, so far, the Hirshhorn has failed to meet Cooper’s tests as a museum for “the informed mind,” it has become, according to his condescending testimony, “overnight a major attraction for tourists of every nationality.” Not bad for a city that has been taken for a ride.

Harold Rosenberg has been writing about twentieth-century art—and presumably looking at it too—for some thirty years. This experience should not have been less eye-opening and instructive for him than that of buying “more than eight thousand paintings and sculptures in forty years” for Hirshhorn. Yet the perversely contorted arguments which Rosenberg puts forward in his letter to justify the art-historical importance of Hirshhorn’s unselective collection do not suggest that as a critic he has gained in “knowledge and understanding” of twentieth-century art, or of modern museums, over the years. Why then should it be “bound to” have happened to Hirshhorn? The crime of Washington’s art administrators is not the fashionable one of “rape,” as Rosenberg states, but that of pouring out federal funds to desecrate the Mall, to enrich an individual, and to set up a federally owned dump for his cumbersome art-spoils. Thus it is the American people as a whole which has been “taken for a ride,” not the nation’s capital city. 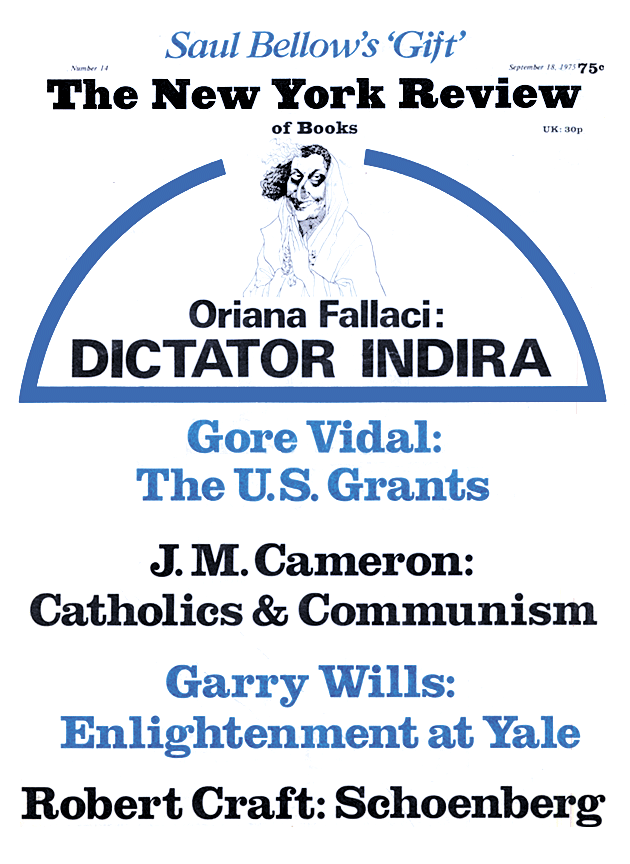