Professor Singer’s review of fetal research presents some interesting views and opinions on the state of bioethics as well as on problems in fetal research.

One point that needs to be taken seriously is Singer’s stand on animal experimentation. Many thousands of animals are subjected to what amounts to medical torture to serve the cause of human well-being. This is typically justified by the old saw of the dominion that humans have over the world and all that is therein. In the light of what is being done in the name of that principle, some review of it certainly seems justified. Singer, however, seems to suggest that moral scruples can be overcome if the animal—or the human fetus—does not suffer. Without knowing the full range of Singer’s arguments, all this seems to suggest is the substitution of one form of domination for another. What is at stake is not only the issue of pain, but also the question of whether humans can do anything they want with anything they want—so long as it causes no pain. And since this applies precisely to unconsenting subjects, the problem of control and dominion becomes even more critical—and deserves a better treatment than Singer has given here.

A second point is also problematic: the charge of the superficiality of ethical analysis in bioethics. Needless to say, this is often more true than one would care to admit. On the other hand, there is much serious, critical, and evaluative ethical analysis in bioethics—much more so than Singer would indicate by his citing only one author—good as he is. To my mind, a charge such as this needs serious documentation—not casual dismissal. Such a charge, presented the way Singer does, simply indicates that he is not familiar with the quality literature available.

Finally, Singer is unhappy with the constitution of the National Commission and the value positions he assumes of two of its members. On the one hand, there was no clear statement of the criteria by which the members of the commission were chosen; two members have stated to me that they did not know how or why they were chosen. But on the other hand, there is a good geographical, minority, and, most importantly, interdisciplinary membership on the commission. The advantage of the interdisciplinary constitution of the commission is the variety of viewpoints that can and must be brought to bear on any topic in bioethics. The uniqueness of bioethics is that it stands at the intersection of a host of disciplines, none of which may be assumed, a priori, to be dominant. An interdisciplinary orientation is desired—and perhaps is a condition sine qua non—in bioethics. Secondly, although Dr. Lebacqz is more than capable of defending herself, I do think it important to note that her degree is a Ph.D., not a Th.D. or a S.T.D.; nor does she, to my knowledge, have a degree in divinity. If not a “secular professional philosopher,” she is certainly the first cousin to one. Dr. Jonson does have an S.T.D.: but to say that his thinking is ideologically determined by that degree is to gratuitously ascribe to him a rigidity in thought of which I am unaware. Thirdly, Singer is also concerned about people with religious convictions, values, or orientations taking over the field of bioethics. Granted that he recognizes that this happened because secular professional philosophers abandoned the field, nonetheless his other comments and suggestions are quite problematic. On the one hand, he condemns philosophers for being “value-free”; on the other hand he says bioethics is too important to be left to those “who approach moral issues from a distinctly religious perspective.” Obviously some values are better than others and some values have no place in the debate. One should offer a rather convincing demonstration of such a position; however, it is not there. Such an uncritical positing of a value position, or perhaps intuition, leads Singer to fall into his own critique of superficiality. Singer also insinuates, I believe, that those who hold religious positions or opinions cannot have an ethical theory. This may simply mean that he does not like the ethical theories or methodologies of those with religious positions, but this is quite different than saying that these unnamed individuals have no fundamental theory. Finally, Singer hoists the well-worn flag of the separation of church and state. If he would read the First Amendment, he would realize that it means that the state will not support a church, financially or ideologically (a condition, however, given lie to by the presence of a strong and well-subscribed to civil religion). The First Amendment does not mean that people with religious positions cannot argue in the public arena, nor does is mean that such individuals can be forbidden to serve on national commissions. There is, after all, no official religious test for office holders in America. Thus religious positions and ethical positions based on religious convictions will have to stand the test of the market-place, as all other ideas do. But to forbid such arguments or opinions from entering the arena would be a worse form of discrimination than the species discrimination Singer so rightly condemns.

Institute of Society, Ethics and the Life Sciences

Since both Professor Ramsey and Dr. Shannon misrepresent my views—Dr. Shannon’s letter being especially notable for the number of positions incorrectly attributed to me—it is necessary to begin by disavowing some of the views I am alleged to hold. Among these are:

—That ethical and political argument on important public questions should be left to philosophers;

—That philosophers should be made chief policy analysts in a democratic society;

—That anyone teaching religious ethics must hold certain value positions;

—That a degree in theology ideologically determines the thinking of its holder;

—That some values have no place in debates in bioethics;

—That those who hold positions in departments of religion cannot have an ethical theory;

—That people with religious positions should not argue in the public arena;

—That people with religious positions should be forbidden to serve on national commissions.

I have never held or expressed support for any of these views. I consider them all false, and most of them ridiculous.

In my article I pointed out that there were no philosophers from the usual, secular, departments of philosophy that exist in almost every university in the country, on the National Commission whose report I reviewed. The closing sentence of the article read: “Bioethics is too important to be left either to those with no background in the handling of ethical concepts and arguments, or to those who approach moral issues from a distinctively religious perspective.” To object to leaving something to a particular group of people is not to say that those people should vacate the field altogether. I would object to a situation in which all political decisions were left to university graduates; but I hope that no one will, on reading that statement, leap to the conclusion that I believe university graduates should be forbidden to take part in political life, or that nongraduates should be made the “chief policy analysts” in our society.

My article was not a call for nonphilosophers to leave the field of ethical and political debate, but rather for more philosophers to join it, and for those responsible for setting up National Commissions and the like to include professional philosophers if ethical questions are to be debated.

In support of this view, and in partial explanation of the defects of the works under review, I suggested that a background in ethical theory might be an advantage when discussing ethical problems. I related the absence of such a background to the tendency among writers in bioethics to regard the fact that most people feel something to be wrong as sufficient to show that it is wrong.

While this tendency is no more than a tendency, and I was careful to say that there are notable exceptions to it, it may not be pure coincidence that the sole argument Professor Ramsey gives in opposition to my views on fetal research is the approving citation of a passage from Karen Lebacqz, in which she tries to resolve an ethical problem by using precisely the approach I criticized in my review.

The Ramsey-Lebacqz position appears to be that if “all of us would be horrified” at the idea of dissecting under total anesthesia a child certain to die in ten minutes, then that is the end of the matter: it must be wrong to do it. But, as I said in my review, this is a superficial way of doing ethics, and one likely to lead to confusion and incoherence, since our ethical “feelings” very often turn out to be inconsistent when their implications are unraveled.

For much of the short history of the United States, one could have sat on National Commissions, or their equivalent, and spoken with equal confidence of the horror “all of us” would feel at the thought of open homosexuality, teenagers using marijuana, complete racial integration, full frontal nudity on stage and screen, and abortion on demand. Now, when people oppose any of these, we demand reasons instead of an appeal to feelings of horror. In particular, we are likely to ask: “What harm does it do?” In the absence of sound arguments to the contrary, many of us have come round to the view that these things are not so terrible after all, and that some of them are positively good. All of which suggests, not that it necessarily would be right to dissect the dying child, but that it is inadequate to appeal to our feelings to show that it wouldn’t be.

It is, unfortunately, at this level of inadequacy that much contemporary debate in bioethics is conducted. 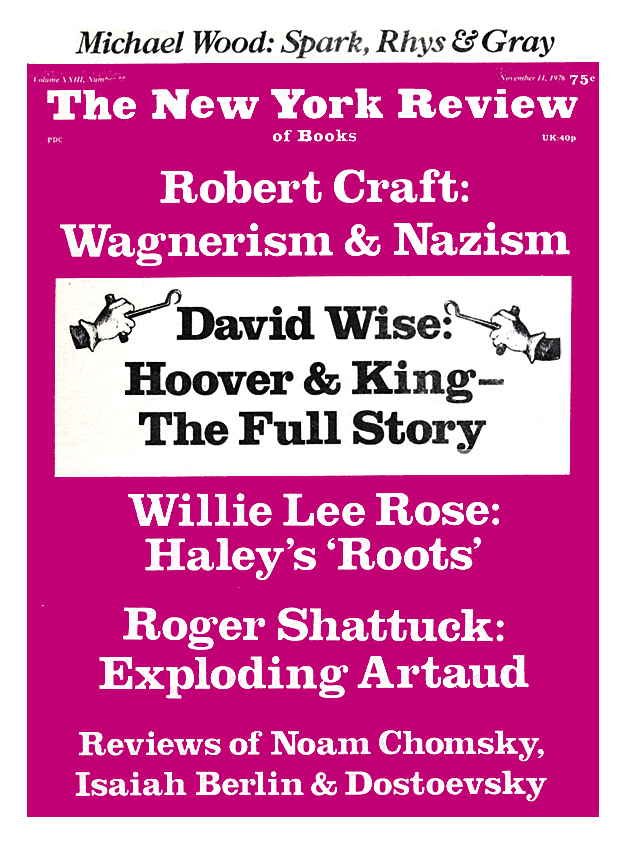 ‘The Confusion over Cloning’: An Exchange

How Religious Rights Can Challenge the Common Good

Who Can Tell Right from Wrong?

‘Liberty of Conscience’: An Exchange

Where Shall the Preaching Stop?