Leon Wieseltier can only be commended for debunking Arthur Koestler’s attempt to rehabilitate the long discredited theory of the non-Semitic origins of East European Jewry [NYR, October 28].

A glance at Koestler’s intellectual meanderings and fluctuations across the past three decades can only lead one to conclude that his intentions this time around in The Thirteenth Tribe were not the advancement of knowledge but cruel mischief, unforgiveable attention seeking (considering the predictable Arab response already noted by Wieseltier). Koestler, therefore, deserves to be openly chastised for misusing his considerable intellectual talents and devoting them to such a peripheral theory bordering on fantastic speculation, a tangential issue in Jewish history even in its heyday a generation or so ago.

Regrettably, did so much space (and publicity) have to be devoted to such a lamentably weak book as demonstrated by the content of Wieseltier’s review, more of which is devoted to the genuinely fascinating and historically important Jewish state of Khazaria than to Koestler’s abuse of flimsy data to buttress his a priori conclusions? Wieseltier, of course, sought to counter Koestler’s claims, but in so doing committed several errors that weaken his argument.

In his treatment of Khazaria, Wieseltier repeats some traditional but incorrect assumptions about this distant political phenomenon that once thrived along the lower Volga. Once corrected, one will not only have a clearer picture of the type of Judaism that took root in the steppe region but, in turn, possess a stronger argument against Koestler’s stubborn revival of a theory.

As for the argument that a choice for Islam or Christianity would lead to satellite status, this is historically not tenable: a) despite the wide spread of Islam, this in no way prevented the formation of separate Moslem political entities; b) when Kievan Russia accepted Orthodox Christianity in the tenth century it did not become a client state of Byzantium. On the contrary, Christianity assisted the Eastern Slavs in their evolution out of the tribal stage.

The Karaite Jews, however, never became the nucleus of East European Jewry. The earliest reference to Jews in Kiev, in the twelfth century, points to Central Europe. Not until the late fifteenth century does one hear of Karaite Jews in Kiev (whose origins are either Crimean or Balkan) and in northern border cities of the Lithuanian state where they were garrisoned as special frontier guards. By that time, Karaite Jews and other Jews are clearly distinguished by separate Statutes of Privileges: for the latter, the laws are German in origin, and for the former, they are oriental to protect their eastern customs and traditions.

There was, therefore, a trickle of Jewish migration from the east. Nevertheless, it did not originate from Khazaria but from the Crimea; when it reached Eastern Europe, Jewry from Central Europe had already taken root; and, finally, in its Karaite form, it remained distinct from the mainstream of Judaism which was ethnically and culturally European in its origins.

The City University of New York

Mr. Huttenbach is surely more familiar with the medieval ins and outs of the Russian region that I am, but his alternative interpretation of the Khazar conversion doesn’t look much more persuasive—at least in his letter—than the traditional one upon which I relied. Briefly: many groups which did not convert to Judaism were presumably as eager as the Khazars to preserve their corporate identity, and many which succeeded in preserving it did so without converting to Judaism. Nor need Judaism have been any more effective a strategy against assimilation into neighboring tribes than the equally exhaustive outlook and rituals of Islam. (But if it was Islam they feared, we are back at the “Third World” theory.)

Furthermore, if the Khazars were concerned primarily to improve commercial relations with influential Jewish traders, they need not have gone to such obsequious lengths—medieval Jewish merchants conducted no boycott of non-Jewish clients, in Asia or elsewhere. And, for that matter, why should the profit motive have moved only the Khazars? On Mr. Huttenbach’s premise it should have driven every commercial people “from Spain to India” into the arms of their local rabbis.

Finally, the evidence that the Jews of Khazaria consisted in no more than the ruling class in Itil is, as Mr. Huttenbach remarks, rather slight. For that reason—and for reasons of length—I omitted to discuss it, though Mr. Huttenbach is correct in offering it as still another argument against Koestler’s already tottering thesis. As for the Karaites of Crimea, happily Koestler ignores them, and therefore just as happily did I. The New York Review of Books is not, after all, the Proceedings of the American Oriental Society.

But Mr. Huttenbach too glibly dismisses the study of historians—I stretch the term to include Koestler—in favor of the study of history. For some purposes Koestler’s intentions are even more interesting than the subject upon which he inflicts them. When historians make their mark, we may learn something about the past; when they miss it, we may at least learn something about the present. 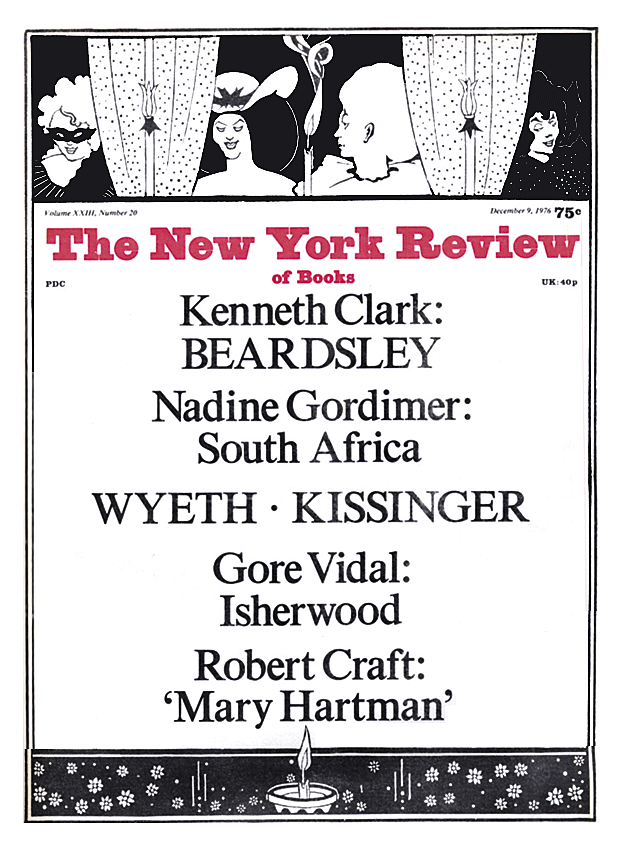 The Fall of the Soviet Jews