It’s getting so that I fear to open The New York Review of Books. Last month I read that my father, whom I knew to be busy with a new word processor and fourteen finished chapters of a book, was “the late Paul Henry Lang.” Now, in Norman Cohn’s review of Holy Anorexia, I see St. Catherine of Siena dismissed as a reclusive neurotic who put an end to her life in her early thirties by refusing to eat.

I have not yet seen Holy Anorexia; I assume that in it Rudolph Bell treats Catherine of Siena more fully. But I would be sorry to think that NYRB readers who do not read the book might think this an adequate description of a remarkable woman.

It was not for any peculiarities of her diet that Catherine Benincasa was named patron saint of Italy and a doctor of the church. Far from a recluse in her parents’ house, she was what we call an activist. She had a circle of devoted followers, both religious and lay persons, and for some years lived in a communal setting where she was the acknowledged spiritual leader and also shared the cooking. She visited various Italian cities, carried on an extensive correspondence with leading political figures, and intervened in affairs of state. In the most famous episode of her life, she traveled to Avignon and exhorted the Pope to return to Rome and end the “Babylonian Captivity of the Church.” At the request of another pope, she addressed a gathering of the College of Cardinals.

That she died at thirty-three and was never in good health only makes her accomplishments more striking. The members of her Dominican order who still revere her for her spirituality and moral courage would, I think, argue that she made far more of her life than the abbess with whom Mr. Cohn compares her unfavorably.

Mrs. Martin admits that she has not seen Rudolph Bell’s Holy Anorexia yet she assumes that in my review I distorted the book’s account of the personality and achievements of Catherine of Siena. I did no such thing. There are plenty of works dealing with Catherine’s activities as politician, would-be reformer of the Church, writer, and miracle worker. Professor Bell’s concern is different. He explicitly states that these matters “obviously are not within the primary focus” of his book; and in fact he gives them much less attention, even, than that suggests.

The title Holy Anorexia is accurate: it is a study of one kind of anorexia. And, as indicated in my review, the chapter on Catherine of Siena treats her as a particularly tragic case of that disorder. Professor Bell’s own view of Catherine’s personality is fairly conveyed by his account of her last days: “She gave advice freely to kings and queens, whether or not they asked for it. At this time she entered an eating/vomiting pattern typical of acute anorexia…. In semi-delirious states she shouted out ‘Vainglory no, but the true glory and praise of God, yes,’ denying to herself a truth revealed by the very passion with which she refused it. In the end she had committed the sin of vainglory and had starved herself to death.”

Mrs. Martin is of course entitled to disagree—but not, surely, to suggest that I have misrepresented Professor Bell. 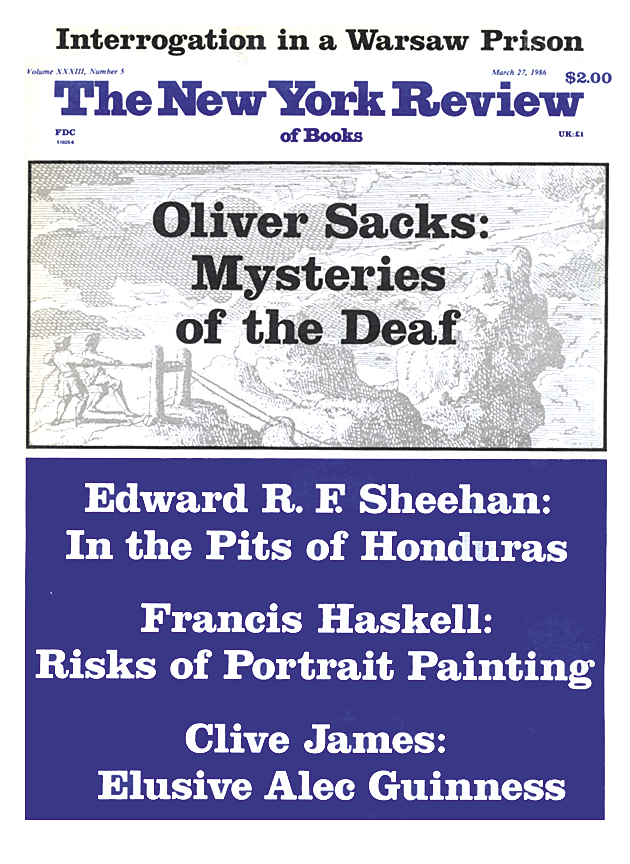 An Affair to Remember

Take Me to Your Leader