We and the other signatories were very pleased that our open letter to the United Nations, President Clinton, and Congress calling for an end to the cruel arms embargo imposed against Bosnia was published in the March 4, 1993, issue. We were, however, disturbed that a paragraph was omitted. This paragraph made it clear that we did not believe that lifting the embargo was sufficient; it placed our call in the context of the need for a broader international peace process. The omitted paragraph reads:

Simple justice demands the right of self-defense for the Bosnians, but an international peace effort could and should proceed simultaneously. This would include insistence that the Croats cease their aggression in Bosnia; support for the democratic opposition in Serbia, particularly anti-war media and organizations; vigorous prosecution of war criminals (of whom the vast majority but not all are on the Serbian side); and air-lifting humanitarian aid, under military protection, to all civilians in need. 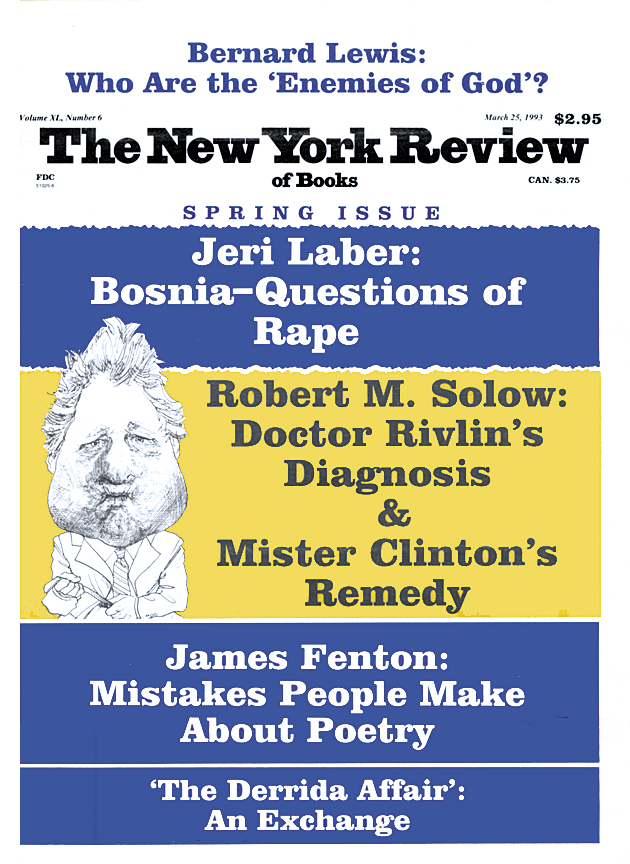 An Opportunity for Palestinians?

The Shame of Bosnia

The New J-Lobby for Peace

The Godfather of Bihac