Washington—On April 22, 1992, in an act of neglect that may yet topple President Clinton, an Arkansas state official named Clydine Pennington failed to send Paula Jones flowers on Secretary’s Day.

Jones immediately divined the reason for Pennington’s snub: then-Governor Clinton was punishing her for refusing to engage in sex with him. “Everybody noticed it,” Jones testified in a deposition taken by Clinton’s lawyers. “There had to be something for me to be treated that way.”

Pennington, who paid for the Secretary’s Day gifts out of her own pocket, said she was not aware of having omitted Jones but did not contest her complaint. “If Ms. Jones inadvertently was overlooked on Secretary’s Day,” she said in an affidavit, “it certainly was not the result of any communication, direct or indirect, from Governor Clinton or any member of his staff….”

The lack of flowers is the only concrete evidence Jones could cite to back up the claim in her lawsuit that she suffered work place harassment after supposedly turning down Clinton’s advance. Her lawyer, Donovan Campbell, adds: “She did not receive perquisites in the office that others received.”

These absent flowers take on immense importance because all Jones’s other claims of work place harassment vanish upon examination. In her complaint, sworn to be true under penalty of perjury, she stated through her lawyer: “Although other employees received merit increases, Jones never received a raise beyond a cost-of-living increase.”

This sworn statement is not true. In seeking dismissal of her case, Clinton’s lawyer, Robert Bennett, cited Jones’s payroll records—which she admitted she never checked before filing suit. The records show that two months after the alleged incident, she received a promotion and a raise and that on her first anniversary in the job, March 1992, she received a merit increase.

Independent counsel Kenneth Starr is currently threatening former White House intern Monica Lewinsky with prison for supposedly committing perjury in an affidavit filed in the Jones suit. But here is manifest evidence of perjury on the part of Jones herself—denying under oath that she ever got a merit raise—and where is Starr?

The heart of Jones’s case is gross, if true. She says Clinton exposed himself to her, and “for a split second” prevented her from leaving his hotel room in order to “let me know I’m a smart girl and let’s just keep this between ourselves.” But she is not suing Clinton for sexual harassment. She waited too long after the alleged incident to make that complaint, so she had to find other grounds for a legal complaint. No one knows what, if anything, happened in the hotel room except Jones and Clinton. But the alternate claims on which she is now basing her suit are either demonstrably false or, like the absence of flowers, absurdly speculative. She has no independently verifiable evidence that withstands scrutiny.

She claims, for example, Clinton caused her to suffer “embarrassment, humiliation, fear, emotional distress, horror, grief, shame, marital discord and loss of reputation.” Yet by her own admission she never missed a minute of work. Further, she dropped her claim that her reputation had suffered as soon as she realized she might have to put her reputation on trial in court.

In letting Jones sue an incumbent President, the Supreme Court said it was confident federal judges would throw out “frivolous and vexatious” lawsuits aimed at merely harassing a President. In a normal world, this case would be tossed out. But this is no longer a normal world. Through Lewinsky’s affidavit, the Jones case now has been leveraged into Kenneth Starr’s relentless attempt to bring down the President.

Susan Webber Wright, the judge in Little Rock, dares not dismiss such a high-stakes suit. Her fellow Republicans would never forgive her for rescuing a Democratic President. But if you look at the checkable facts at the heart of this debacle, only one survives: Paula Jones did not get flowers on Secretary’s Day. 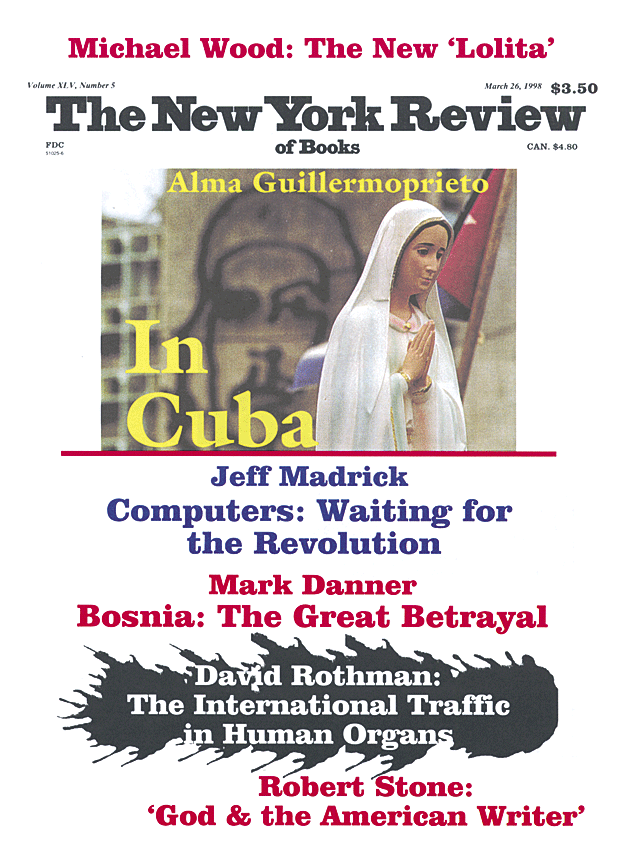 Lars-Erik Nelson (1941-2000) was the Washington columnist for the New York Daily News, and a frequent contributor to the Review.