It’s stupid to reply to reviews [J.M. Coetzee, “Emperor of Nostalgia,” reviewing The Collected Stories of Joseph Roth, NYR, February 28], it breaks the habit of decades of “put up and shut up,” but one grows old and cantankerous, and anyway you have pages and pages set aside for the purpose, so here goes:

The question of stories or not is rather pettifogging. In German, they are Erzählungen—und damit basta! In my introduction, I explain how and even why “the ‘short story’ in the American sense of the term, the Saturday Evening Post or New Yorker sense, was not a regular arena for Joseph Roth.” The British edition of the book from Granta was called Collected Shorter Fiction. I would have liked the whole thing called Strawberries.

The consensus on Joseph Roth, to which I suppose J.M. Coetzee subscribes, is that he is a one-book author with fourteen or however many titles to his name. Something like Malcolm Lowry, mutatis mutandis. As a reader and sometime reviewer of Roth myself, this account of him was something I always deeply regretted and opposed. It was always my fear that reading The Radetzky March too early would spoil readers for Roth’s other books. (This was, of course, long before I ever began translating him.) Yes, I would agree with Mr. Coetzee, it is incomparably his best and greatest novel, but the humane and challenging thing is surely to go on and try and make a case for the other books.

This would be based on the claim that he is always and everywhere a wonderful writer; one of those whose proverbial laundry lists are worth reading. Yes, the books are probably spoiled by being rushed, but there is in each of them more of worth than in most other books. Who actually, besides, wants to exist on a diet of masterpieces? (Which takes us to Randall Jarrell’s description of a novel as so and so many thousands of words of narrative prose “with something wrong with it.”) More seriously, I would argue that, in a sense, they were never properly separated out, that in them Roth’s numerous “fables” (Edwin Muir’s term) are complected together, rather like a Rubik’s cube. Over many books, you will learn about father-worship and father-neglect; the Eastern Jew and the Austrian officer; exile and alcohol; the man disappointed by women and the conservative holdout. The sum of the books coheres more than any individual novel.

Translation is a subject that empties rooms probably faster than poetry, which is supposed to have that effect. I am sorry to raise it. The imputation that I go around “making Roth better” I regard as a slur, and reject. Mr. Coetzee is wonderfully mistaken if he thinks a novel can be compared to an enormous number, and he can stand there and say, “There’s an 8—what have you done with it?” As someone who has written on Celan in your pages, Mr. Coetzee must know really that there are no exact equivalents anyway. Brot is not bread. Words are not like numbers, they are unstable and porous. A “word-for-word translation” is a rotten proposition: you’d get Gert Frobe and not Joseph Roth.

The things in my translation that Mr. Coetzee took issue with, I would probably do the same way again. Each of his instances—what of, exactly?—are matters of degree. It is my sense of English that it would rather “flea-spotted” than an adjectival phrase (it doesn’t offer the agreements of German); “burnished” rather than something involving a change of subject and a reflexive verb (but it has a larger vocabulary). English is generally shorter and faster and less given to elaborate structures. Translations of German books into English are known to be a tenth to a fifth shorter; translations into German, as much longer. It’s not just me doing it.

All this is the translator’s province. It’s decision, judgment, tact, experience, ear. One may not change the story, but one is responsible for the sentences. Everything listed by Mr. Coetzee is along a semantic continuum. If I translated “sanfter Druck” (soft or gentle pressure) as “insistent pressure,” it is firstly because that is exactly where the story is going, and secondly because “Druck” in German is stronger than “pressure.” (It may also mean “print” for instance; a “Druckstelle” is already a bruise on fruit.) Similarly, when I had “more progressive” for “moderner” it was firstly because it feels wrong to make a comparative out of “modern” (“modo hodie“), and secondly because the hiss of “progressive” bears the irony and detestation of the character infinitely better. There is such a thing as context. No one who was reading the story (“The Bust of the Emperor”) would think “left-wing politics,” any more than they would think “pretentious rock music with strange time signatures.”

On the matter, lastly, of mid-Atlantic, I don’t think my editor at Norton, Robert Weil, would ever let me get too British. Secondly, it is something I am in a position consciously to vary; I do tend to think British English, even for American readers, may be more appropriate for older Continental writing. (This is not, please note, a “platform” or “position,” merely the result of doing and thinking about these things for a number of years.) I have made some mid-Atlantic translations; even some that I flattered myself were largely American. 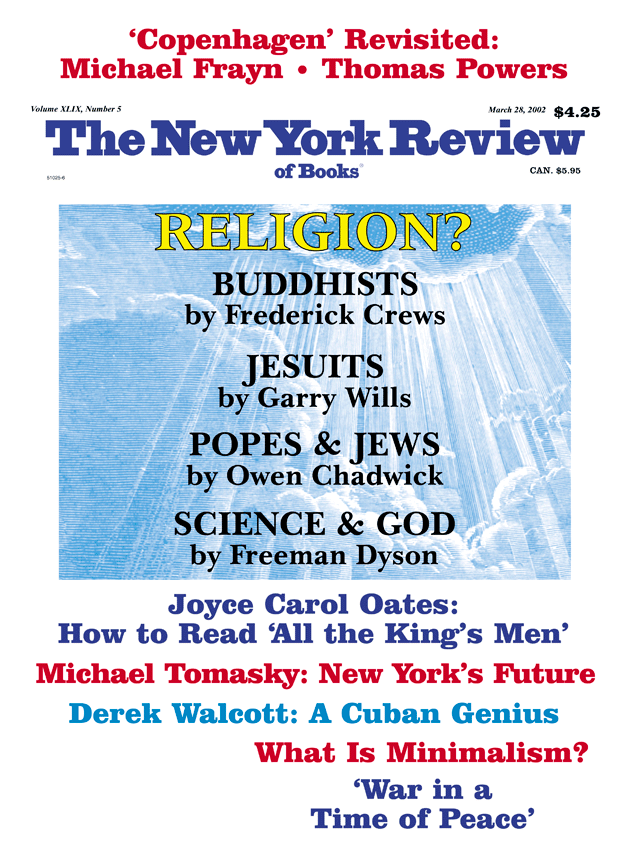 In the Pencil Zone

Susan Bernofsky’s biography of Robert Walser approaches her subject with an openness to other, previously rejected possibilities.

The liveliness and invention of Heinrich Heine’s writing changed the nature of German literature and of the whole nineteenth century.

In the Pencil Zone

Susan Bernofsky’s biography of Robert Walser approaches her subject with an openness to other, previously rejected possibilities.

The liveliness and invention of Heinrich Heine’s writing changed the nature of German literature and of the whole nineteenth century.

The Empire of Joseph Roth

Philip Roth and the Jews: An Exchange