I read James Fenton’s article on the Northumberland Raphael [“Don’t Take Our Raphael!” NYR, December 19, 2002], with particular interest as I live in Los Angeles and work at the Los Angeles County Museum of Art, an institution James Fenton mentions in his essay. In his article, Fenton makes a new plea for the shaky notion of “national treasure,” a particularly difficult concept to defend in England, a country that is in the midst of a sensational controversy involving the return of a national treasure, the Elgin Marbles, to Greece.

Fenton’s eloquent cri de coeur needs to be qualified. First, Raphael’s Madonna of the Pinks is not—as stated—a national treasure. It is the personal property of the Duke of Northumberland, acquired, as Fenton reminds us, in 1853 from the Camuccini collection in Rome. At that time, Fenton fails to say, the departure of the painting from Italy created as much, and more justifiable, emotion among connoisseurs as it does, or will now, if it indeed leaves England. The passion of Italy for that painting has hardly quieted down. In the book visitors to the National Gallery are invited to sign in support of keeping the painting at “home,” I am told many Italian visitors have written that the painting is rightfully theirs, and should be returned to Italy. Surely, no claim can be made for its having an impact on generations of British amateurs. For decades, the National Gallery’s docents have been able to present a coherent vision of the artist without having to refer to the picture tucked away in Alnwick Castle.

Fenton refers to the Getty’s acquisition of the Raphael as “a startling breach of etiquette.” In truth, when it comes to acquiring works of art there are ethics but little etiquette. A museum that displays on its permanent walls a work it does not own takes a risk. We, curators, fool ourselves when we think that most collectors will be so moved to see the paintings they own on the walls of our great museums as to give us first pick at them. It is a sad but true fact of the museum life that our walls are often and wrongly considered as prime display space for things to be sold. Fenton is genuinely scandalized at the behavior of both the owner and the buyer of the Raphael, and wonders how the Met would handle a similar case with our museum, for instance. Some years ago, a whole collection on loan to us was spirited away not to the Met, but to London. This is the Gilbert collection now on view at Somerset House. True, the main broker of the deal, Lord Rothschild, did hold a couple of meetings with the administration of our museum, but as in the case of the Northumberland Raphael, only after the deal had been clinched. The clinching, in that particular instance, did not entail money but promises of galleries, a knighthood, meetings with the Prince of Wales, and other niceties most donors to American museums are not accustomed to. I personally pleaded with Arthur Gilbert—not Sir Arthur yet—to leave a few things back in Los Angeles: the jeweled boxes made for Frederick II, perhaps, or at least some good Augsburg silver (provenance: J.P. Morgan, our American heritage). That, apparently, was not an option.

There is little doubt that the negotiations between the Duke of Northumberland, Mr. George Wyndham of Sotheby’s, and the staff of the National Gallery could have been handled with a tad more elegance. All negotiations can. But who is at fault here? Deborah Gribbon, director of the J. Paul Getty Museum, for doing her job?

It is disingenuous of Fenton to write, “The Getty people only seem to think about the Getty…. The National Gallery being a national institution, has to attempt to act in the national interest.” Mr. Fenton knows perfectly well the differences between the American and British systems, and that private charitable institutions in the United States act in the interest of our nation. What does Fenton mean when he writes that the Getty only thinks about the Getty? Isn’t thinking about their museums what museum directors are mandated to do? If, for a museum, thinking about itself means striving to acquire the greatest works of art possible, who can object?

Seen from this side of the Atlantic, the national interest invoked by Mr. Fenton seems at odds with what American museums have set as their goal: the conservation for future generations of great works of art. Take the case of Canova’s Three Graces. That undisputed masterpiece is now shared between two museums in the United Kingdom in a travesty of national heritage preservation. Brutally pried from the location specifically designed for it at Woburn Abbey, it is now shunted regularly between two museums. It has become a homeless sculpture, a fetish of the national heritage movement, and has, I am told, developed in the process a hairline crack. Is this what preservation of national heritage boils down to? Of course, who would not have preferred to see the Three Graces resting forever at Woburn Abbey? However, once its stature as a national treasure is seriously, even dangerously, debased, it ought then to belong to the institution best suited to take care of it, not to a circus road show.

A current article in the December issue of the Art Newspaper’s international edition (Ellis Tinios, “The Fate of the Parthenon Sculptures in Athens,” pp. 8–11) makes a crucial point about the Elgin Marbles: their removal to London saved them and contributed immensely to their scholarship. Only narrow-minded and national extremists or politicians with loaded agendas can make a claim for their return to Greece. On that issue, I side firmly with those who wish to see them remain in England. Like the defenders of the pro-life movement in America, who support the rights of the unborn in one breath and uphold capital punishment in the next, the supporters of “national heritage” in England are inextricably caught between the demands of the remarkable tradition of collecting and patronage that has defined so much of their culture and the equally rightful demands of a global world where culture must be shared.

Briefly: Every country in Europe has a different way of defining and establishing national heritage or patrimony. Britain’s is among the most liberal. That is why these problems arise: it is easier to buy from Britain than from France, Italy, or Spain. Works in Britain and elsewhere can be both private property and national treasures. Many are. Many works of art in country house collections have been exempted from inheritance tax since the late nineteenth century, precisely in order to preserve these private collections in situ. Some works even get accepted by the state in lieu of inheritance tax, and left in situ. The Raphael had been tax-exempted since the 1940s.

The criteria for blocking export of a work of art, the “Waverley rules,” do not stipulate that the work should have been seen by “generations of British amateurs.” There are three criteria for stopping export, as set out in the current Art Newspaper: “1. Is the object so closely connected with our history and national life that its departure would be a misfortune? 2. Is it of outstanding aesthetic importance? 3. Is it of outstanding significance for the study of some particular branch of art, learning or history?” Export can be stopped on any one of these criteria. All this Patrice Marandel knows perfectly well.

“The passion of Italy” for the Northumberland Raphael, Marandel writes, “has hardly quieted down” since its export from Rome in 1853. This is evidently untrue if the work’s identity as a Raphael was so quickly forgotten. I admit I could have made more of the opposition to the export of the Camuccini collection—and would have, I hope, if I had known more about it. Marandel also, however, should know full well that the Raphael had not, like other paintings in that purchase by the Duke of Northumberland, long been part of an old Roman collection.

It had been bought in France, Nicholas Penny estimates, in 1828. The scanty evidence points to its having been acquired by a Frenchman from the Oddi family in Perugia in 1636. It probably spent its first 130 years in Perugia, and the next almost two centuries in France, where its ownership was shrouded in mystery. But it was well known through engravings, and through a Sèvres plaque executed by the royal painter Victoire Jaquotot, which earned her a pension of 1000 francs from Louis XVIII, which came with the suggestive remark, “Madame, c’est un commencement.” The painting was also copied as a detailed tapestry, now in the Musée Cognac-Jay. The owner at the time was possibly British, a certain “Lord Seymour.” So where does that get us?

On the behavior of the Getty, I should have said in my article what was pointed out by Martin Bailey in the December Art Newspaper, that the Getty representative in London said five years ago that the museum always attempted to find out whether British public collections were interested in a work, and that, if so, “we do not proceed.” Deborah Gribbon more recently confirmed that this still applied, glossing the policy as meaning: “We do ask sellers if an object has been offered to a UK national institution, but we have to abide by the seller’s wishes.” In other words, the vaunted policy does not still apply.

On the Three Graces, we were right to save them, even if two institutions had to fund the purchase; wrong to move them, if that is damaging them; and will be right in the course of time to return them to Woburn, which I agree they should never have left. On the Elgin Marbles, I am more open-minded than Marandel—I voted for Neil Kinnock, who would have sent them back.

On the Gilbert collection, Marandel clearly has a legitimate grievance against someone. I understood that the Los Angeles County Museum made superhuman efforts to meet Gilbert’s demands, but could not or would not do everything he asked for; that Gilbert made his dissatisfaction clear to many people; that Lord Rothschild then persuaded him to give the collection to his native country. The Northumberlands made no demands on the National Gallery, or none that were not met. They are not giving the Raphael to the Getty. I don’t say there’s no point of comparison, but the analogy hardly seems close. 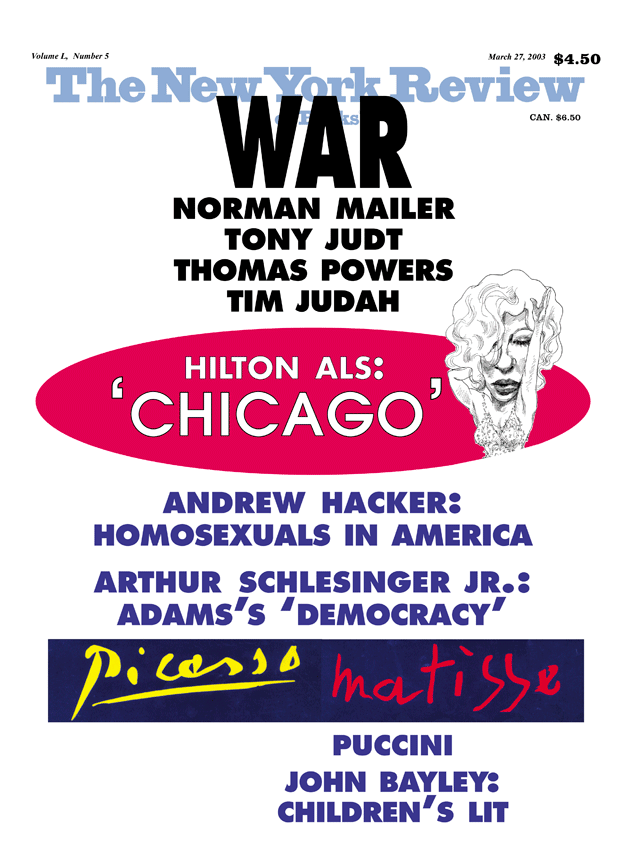 The Getty: For Better and Worse