Where I Was From

Just as civilizations have foundation myths, Americans have arrival myths, the whole collective notion of the huddled masses yearning to breathe free mixed with the particular memories of a grandparent arrived at Ellis Island or, in other parts of the country, recollections of military valor or imaginary Old World privilege, or of taming the wilderness, with its motifs of covered wagon, log cabin, and struggles against nature’s inhospitality. Essential to the core California mythology was the dream of Eldorado—the gold and treasure beyond the Rockies, and there was a requisite crossing story, the bitterly hard journey by which you got there. Underlying the arrival story in each region of America—and all are different—was the same explicit promise of freedom and opportunity, usually meaning freedom from persecution and freedom to become rich.

The conflation of abstract virtues like industry and fortitude with material aspiration is the basic American hypocrisy, perhaps imported from England, or from Protestantism—accounts vary—but it is ours, and it is the subject of Joan Didion’s meditation Where I Was From. “This book represents an exploration into my own confusions about the place and the way in which I grew up, confusions as much about America as about California.” In one sense or another this has been the subject of much of her work, and its abiding perspective, here cast in a newly personal way as family anecdote, California history, personal experience. Though the regional arrival stories differ from one another, the evolution and fate of California will anticipate those of the rest of America, and it is this larger significance that gives the incidents of a particular Sacramento girlhood their premonitory power.

Like all California children, Didion had been fed the old stories of California history, but when she eventually came to think about them, she could see they didn’t “add up.” The disjunction between myth and reality was too large, the basic paradoxes of the California psyche too obvious: mistrust of government while feeding at the troughs of public works and agricultural subsidies; unchecked commercial exploitation of natural resources in the very footsteps of John Muir; the decline of education from a place near the top of the nation to somewhere near that of Mississippi; apathy, increasing rates of crime, and crime’s related social problems.

Californians, as she came to see, have been more guilty than others of myth inflation—and mythology, when it isn’t hypocrisy, is too often just a failure of analysis. As she came to understand what didn’t “add up,” it was that the process

of trading the state to outside owners in exchange for their (it now seems) entirely temporary agreement to enrich us, in other words the pauperization of California, had in fact begun at the time Americans first entered the state, took what they could, and, abetted by the native weakness for boosterism, set about selling the rest.

From the beginning, California was sold successively to Southern Pacific, various oil companies, big growers, and the defense industry, which boomed throughout the Second World War and the cold war—enterprises that would all eventually fail the state. A pattern of relying on federal money was established early with land grants, railroad construction subsidies, dams, and other aspects of water management that enriched a few large farmers and created a migrant worker class.

Didion gives many examples of the things she was taught as a starry-eyed eighth grader and the contrasting way she sees things now. If for rhetorical effect she has exaggerated the depth of her earlier credulity, it is no greater than the national credulity, making the process of disillusion more painful. She encounters many especially distressing illustrations of the effects of “pauperization,” connecting the decline in California’s system of public education and the rise in the California prison system to the bleak ignorance and moral defectiveness exemplified by a tawdry but emblematic incident in Lakewood, California, former site of defense-industry prosperity, and more recently of the “Spur Posse.” This was a group of high school boys arrested but finally not charged with crimes they were either believed to have done or indignantly excused: “ten counts of rape by intimidation, four counts of unlawful sexual intercourse, one count of forcible rape, one count of oral copulation, and one count of lewd conduct with a minor under the age of fourteen [she was ten].”

Middle-class children turned rapists and petty thieves were defended by the community with a sense of rectitude that, perhaps, foreshadowed horrors like those at Columbine High School: “It’s the society, they have these clinics, they have abortions, they don’t have to tell their parents, the schools give out condoms, jeez, what does that tell you?” The moral obtuseness of the Lakewood parents, the general economic decline of the area, and, again, the lowered educational expectations form a pattern that has been repeated nationwide since the early Nineties when Didion first encountered this story.

It is impossible to discuss a book about California apart from the recent election there, which resulted in the film actor Arnold Schwartzenegger being elected to replace the recalled governor, Gray Davis, less than one year after Davis’s reelection. This dramatic antic supports Didion’s view of her native state—but it is not Schwartzenegger who most justifies her disillusion. Schwartzenegger in fact seems to embody the prototypical view of California’s, or America’s, promise, the immigrant made good by more or less playing by the rules of luck and hard work, with certain Spur Posse characteristics that seemed to endear him to rather than repel the voters. But it is the instigator of the recall, Congressman Darrell Issa, whose example most confirms her skepticism. A car-alarm salesman with a history of felony charges for gun-related crimes, he made enough money to hire workers to stand on street corners soliciting the signatures required to initiate the recall process (of 10 percent of the number who voted in the previous election, or about a million signatures). Issa’s mixture of ambition, opportunism, indifference to the usual rules of elective democracy, and, ultimately, his on-camera tears of disappointment when he withdrew as a candidate himself recapitulate the exper- ience of most speculators throughout the state’s history, though there is some evidence he will be, or has been, rewarded for his cooperation with White House visitors anxious to see a Republican in the governor’s chair.

The rise of the prison system was another warning:

Only in the 1980s did certain facts—two of them, not unrelated—manage to penetrate what was clearly a fairly tenacious wish not to examine whatever it was I needed to believe. The first fact, which entered my attention as an almost personal affront, was that California no longer felt rich enough to adequately fund its education system. The second, or corollary, fact was that there seemed to be many towns in California—including towns I knew, towns I thought of as my own interior landscape, towns I had thought I understood…so impoverished in spirit as well as in fact that the only way their citizens could think to reverse their fortunes was by getting themselves a state prison. Since the building and staffing of new prisons were major reasons why California no longer felt rich enough to adequately fund its education system, this second fact initially presented itself as an even deeper affront than the first, evidence that a “new” California had finally and fatally sold out the old.

Only later did the real significance of this strike her:

Once, being driven to Berkeley, Didion’s elderly mother questioned whether they were on the right road. Didion writes that her mother

meant where did Gilroy go, where was the Milias Hotel, where could my father eat short ribs now. She meant where did San Juan Bautista go, why was it no longer so sweetly remote as it had been on the day of my wedding there in 1964. She meant where had San Benito and Santa Clara Counties gone…, the coastal hills north of Salinas, the cattle grazing, the familiar open vista that had been relentlessly replaced…by mile after mile of pastel subdivisions and labyrinthine exits and entrances to freeways that had not previously existed.

Substitute the names of towns and the details of landscape, and this plaintive observation can be made everywhere in the country, defended as “progress” or as “inevitable.” Didion’s objection is nostalgia with a point. This is not to be dismissed as simply tree-hugging; it is a generous attempt to account for “one of the culture’s most enduring misunderstandings about itself,” our idea of change.

What she came to realize, specifically, is that what looks like modern deterioration from an idealized past, a past insisted on in textbooks and taught to California children, a past peopled with stalwart pioneers, abundant nature, and material promise, is really the expression of qualities that have underlain the state’s history, and American history, from its beginnings:

There was never just the golden dream of riches and bountiful nature, but always a scene of exploitation and false promises, indifference and ruthlessness, a kind of hollow core.

A distinguished questioner, she is moved to ask: What kind of country do we really have, and where is it going? The answer is implicit in a story she found in the diary of an early pioneer: a wagon party moving west comes upon a stranded young woman, abandoned with her dying little brother by the party they had been traveling with, itself anxious to avoid the fate of the Donner party by moving on, hoping to beat the severe winters in the passes of the Sierra. Didion asks, “When you survive at the cost of Miss Gilmore and her brother, do you survive at all?” Perhaps it is a question that, say, Middle Eastern societies do not have the luxury of asking, but Americans should. When things were going right with America, we believed in the Golden Dream. Now that many Americans sense an imminent destruction of things that we value, there is one more thing that we have to face. That we have borne within us all along the seeds of our self-destruction is the most frightening point of this heartbroken essay. 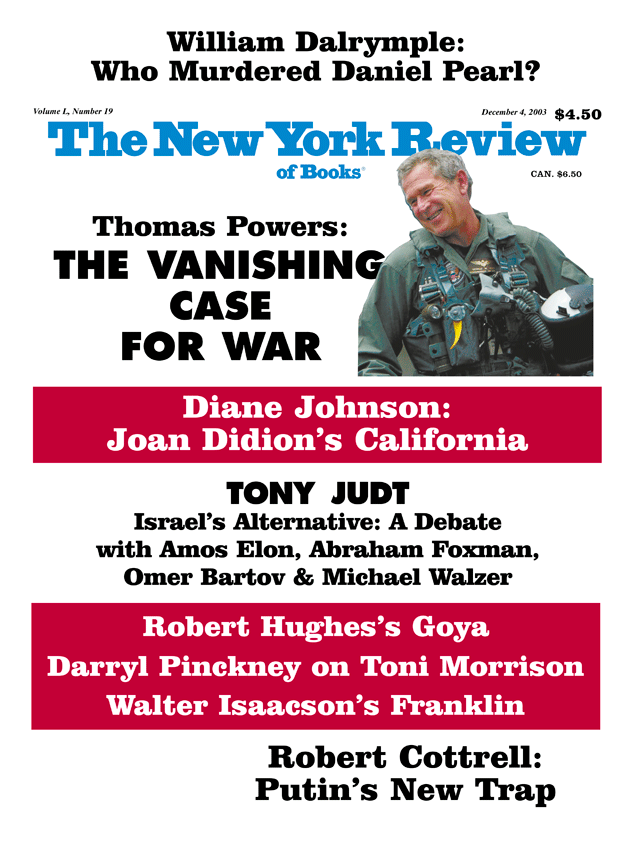