I have read Sarah Kerr’s generous and beautifully written review of my book Dancing with Cuba [NYR, May 27] with the gratitude only authors saved from skinning by a critic can feel. But I must point out two faults of my own which get further lease in her review. The first, quite unimportant, is that my willfully fuzzy writing led Kerr to conclude that I was living in Nicaragua when the Sandinista-led insurrection there broke out. I was actually living in Mexico at the time.

The second is a dreadful mistake, as I name Robert, and not John A. Loomis, as the author of the wonderfully enlightening book on the Escuelas Nacionales de Arte, at which I taught in 1970. For the record: the author of Revolution of Forms: Cuba’s Forgotten Art Schools (Princeton Architectural Press, 1999) is not Robert Loomis, the well-known book editor, but John A. Loomis, the distinguished architect.

With apologies to all concerned,
Alma Guillermoprieto
Mexico City 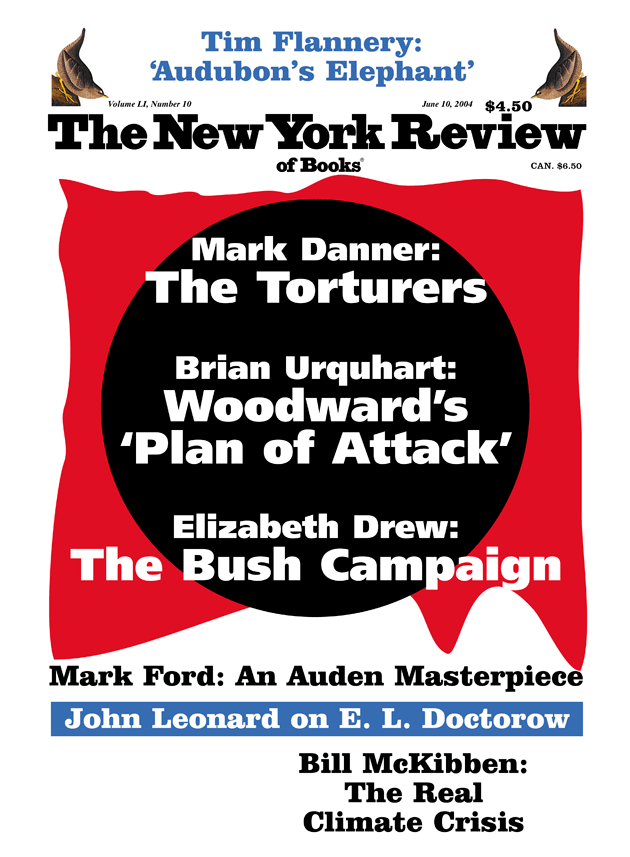 A Letter from the Old Guard