Richard Rothstein’s lengthy critique of our book No Excuses: Closing the Racial Gap in Learning [“Must Schools Fail?” NYR, December 2, 2004] is illuminating. What it illuminates, though, is not the flaws in our work, but the bankruptcy of current progressive thinking about America’s public schools. Rothstein and many others on the left ironically defend a status quo that is failing to educate an alarmingly high proportion of African-American and Latino children, severely limiting their prospects in life. We insist that there are no excuses for this failure; Rothstein plays the role of chief excuser.

“Must schools fail?” Rothstein’s answer seems to be yes, because public schools can do very little to overcome racial and social class inequality. According to him, we instead naively maintain that all racial and class differences that children bring with them to school can be “obliterated.”

Of course we believe nothing of the kind. What idiot could possibly think that making our schools better will mean that every child will score a perfect 1600 on the SATs? This is about as likely as the realization of Trotsky’s promise that “under socialism, man will be ten-foot tall.”

We do argue, more modestly, that it is not beyond the capabilities of our society to reform our educational system so that black and Hispanic twelfth-graders have more highly developed reading and math skills than white and Asian students who are only in the eighth grade. That is the shocking reality today, and it is intolerable. Although we are associated with the Manhattan Institute, which Rothstein describes as promoting “a variety of right-of-center causes,” we are the reformers in this debate. Rothstein, on the left, is the naysayer who maintains that such dramatic class and racial differentials in learning are intractable—the result of enduring features of the American social structure. He seems to believe in benign, resigned neglect.

Some decades ago, I wrote two books about the history of social mobility in the United States to which Rothstein refers. He misstates the central conclusions that I reached in Poverty and Progress (1964) and The Other Bostonians (1973). The former found only a low level of upward occupational mobility among the laborers of a small New England factory town in the mid-nineteenth century, but a remarkable level of movement out of the propertyless proletariat into the stable, home-owning working class. And The Other Bostonians, which covered the period from 1880 to 1970, concluded that American workers “enjoyed rather impressive opportunities for self-advancement,” with no signs that levels of opportunities had declined in the twentieth century. Moreover, subsequent sociological studies have not found the US to have “less social mobility across generations than most other industrialized nations.”

Given his deep skepticism that our schools can do a better job in educating poor and non-Asian minority children, it is curious that Rothstein chides us for not offering enthusiastic support for early childhood, after-school, and summer programs aimed at these populations. But the available social science evidence about the effects of such palliative programs shows few positive results. The same goes for increasing per pupil spending, reducing class size, trying harder to engineer racial balance, and other panaceas favored by the educational establishment. If the customary excuses, explanations, and remedies do not suffice, then more radical reform is required, we argue. We do not suggest, as Rothstein claims, that “black community culture doesn’t value education”; it is defenders of the status quo who do not value schooling in the skills and knowledge that can transform the lives of highly disadvantaged kids.

It saddens me to see my friend Richard Rothstein [“Must Schools Fail?” NYR, December 2, 2004] sinking so far into social determinism that he’s ready to leave millions of poor children, many of them black or Latino, in dead-end schools with unqualified teachers, insufficient textbooks, and sometimes none at all, and facilities that hell wouldn’t have.

Of course, it’s necessary to “accept gradual progress”—who suggests otherwise? But as someone who has himself worked on so-called “adequacy” studies (something he doesn’t mention in his review) and who in the past has declared that, despite the difficulties, he had no desire “to choke debate or impede the efforts of policymakers and analysts to design adequacy based systems to school finance,”1 it’s just a little depressing to now see him dismiss the whole effort as just another passing fad.

I have no intention here of defending my book, much less the work of Abigail and Stephan Thernstrom, who need neither defense nor deserve it. Whacking them is like shooting fish in a barrel. But the effort to raise academic standards and accountability in the public schools—admittedly sometimes crude—and then use those standards to calculate the resources needed to achieve them is both a radical idea in American education and probably the most hopeful step for poor kids since the Brown decision a half-century ago.

It’s also one that’s now been accepted by courts in countless states—partly as a matter of simple fairness, and partly in recognition that the states have neglected to provide the adequate education that their constitutions guarantee and modern life requires. Yes, definitions of “adequate”—itself an awful word—are debatable and the authority and ability of courts and “experts” like Rothstein himself to create the corresponding funding formulas are uncertain and open to challenge. It’s also true, as Rothstein contends, that family social, cultural, and economic background—housing, health, the whole list—are important predictors of school success. We’ve known that at least since the publication of the Coleman Report in 1966.2

In the face of that fact, it’s all the more obscene that the Reagan administration and its successors have successfully convinced so much of the country that schools alone can solve the nation’s social and economic gaps—that we can do without decent housing and social welfare programs, without universal preschools, without basic medical care for poor families. But that makes the matter of providing decent schools all the more urgent.

It’s easy to disparage state testing programs and George W. Bush’s No Child Left Behind Act. Nearly all have problems, but for the first time they seek systematically to force educators to pay attention not only to middle-class and affluent children, but to poor and minority children as well. Maybe those efforts will also turn out to be “another failed education crusade.” God help us if he’s right.

We all want to reduce racial differences in student achievement; policies that do so should be embraced. I argued, however, that obliterating differences is so utopian a goal that we should mistrust critics who claim it can be done simply by curtailing teachers’ unions and education bureaucrats, thereby freeing schools to implement tougher standards.

Professor Thernstrom’s letter denies he is such a critic and claims only the more modest aim of teaching minorities “more highly developed” skills. But this is not the theme of his book, whose subtitle calls for “closing” the racial gap in learning and whose text argues that not simply improving outcomes but “closing that gap is the acid test of educational reform” (my emphasis).3

Because I reject his simplistic remedy, Professor Thernstrom accuses me of believing in “benign, resigned neglect.” My review, however, endorsed not neglect but a multifaceted approach of better instructional practices, investments in early childhood, after-school, and summer programs, more spending on schools serving disadvantaged children, and the amelioration of their social and economic disadvantages.

Many inequalities that impede learning are remediable, were there a will to do so. The higher illness rates of low-income children, resulting in more absenteeism, could be addressed by making pediatric care universal. The high frequency of moving from place to place among low-income urban families (whereby the frequent turnover of children undermines their schooling’s effectiveness) could be addressed by increasing Section 8 housing vouchers for working families with children, or by improving families’ ability to keep up with rising rents by strengthening income supports for the working poor like the Earned Income Tax Credit or minimum wage. Extending free school lunch programs to breakfast could give low-income children proper nutrition before the day’s learning commences, rather than after it is almost over. And so on.

Professor Thernstrom asserts that “available social science evidence” about more spending “shows few positive results,” but mistakes what the literature shows. For instance, social scientists from across the political spectrum conclude that high payoffs can be realized from spending on early childhood programs. In a recent debate between economists James Heckman and Alan Krueger, this was their sole agreement.4 (Otherwise Heckman considered such spending virtually the only worthwhile intervention, because inequalities in skills attributable to social and family backgrounds are already established before children enter school.) The Thernstroms assert in their book that Head Start has been ineffective, but generally accepted research shows that poor black children who attended Head Start are less frequently engaged in adolescent crime, are more likely to graduate from high school and attend college, and as adults have higher earnings.5 A randomized experiment of a high-quality early childhood program shows similar outcome differences at age forty.6 Likewise, a randomized experiment to evaluate smaller classes in the early grades also shows long-term benefits.7

As to Professor Thernstrom’s assertion that “sociological studies” have not found less social mobility in the United States than elsewhere, the evidence is documented by economists. An analysis by Gary Solon shows that fathers’ and sons’ incomes are more closely correlated in South Africa and England than in the US, but less closely correlated in Finland, Sweden, Canada, and Germany.8 In view of how far this nation must travel to narrow, much less eliminate, class differences, claims that only unions and bureaucrats block our way are wildly implausible. So while I applaud Professor Thernstrom’s impatience with test score gaps, I wish he were equally outraged about inequalities in income, wealth, health, housing, and opportunity that limit children’s chances in life, and addressed these challenges for which he now proposes no remedies.

Peter Schrag is right that I am his friend and that I advocate more “adequate” school spending. But unfortunately he shares with Stephan Thernstrom a view that recognizing how social and economic deprivation depresses student achievement amounts to “social determinism.” On the contrary, this recognition should identify likely remedies, a few of which I describe above.

My prediction that “adequacy” lawsuits would someday be viewed as “another failed education crusade” was not a dismissal of their results but rather, as my article (I hope) made clear, a caution that many proponents promise more than litigation can deliver. New York’s recent suit, brought by the Campaign for Fiscal Equity, sought enough new money spent on city schools so that all high school graduates would pass Regents Exams that have historically measured readiness for higher education. To propose that higher teachers’ salaries, smaller classes, better facilities, and pre-kindergarten classes (likely remedies from the lawsuit) can produce universal college qualification will indeed bring about the failure of what are otherwise worthwhile reforms. Even with more money, demands that every graduate pass the Regents Exams can be met only by lowering standards for passing them (already occurring) or by encouraging adolescents to drop out before they fail.

Setting more realistic targets and balancing fiscal, social, economic, and educational efforts are needed to narrow learning gaps. Some years from now, it would be nice to say we sought achievable goals, and met them. 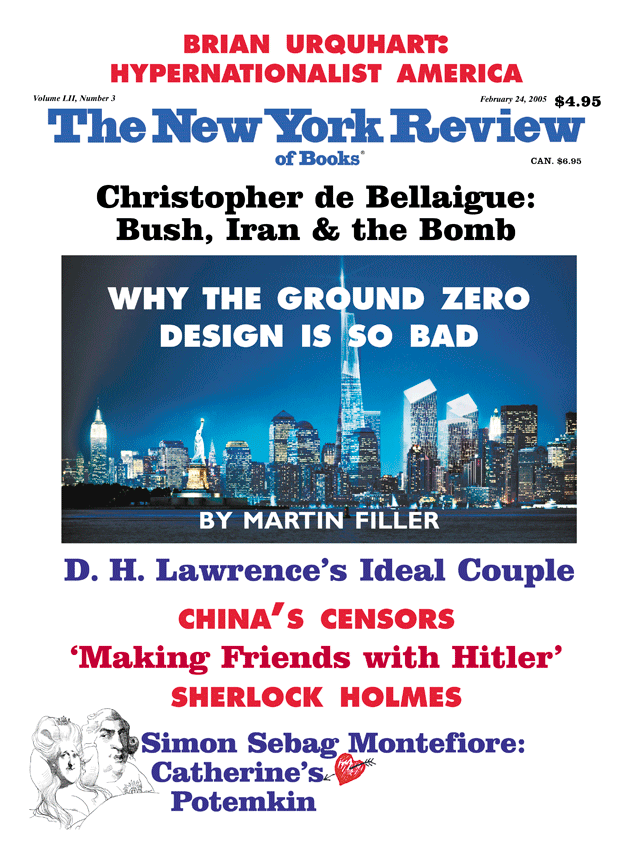 The Message of the Schoolroom

Do Schools Have to Be Boring?

The Case for a Drop-out School