We are grateful to Avishai Margalit and Michael Walzer for their discussion of some aspects of military ethics about which we had written [“Israel: Civilians and Combatants,” NYR, May 14]. However, the views they ascribe to us are not our views and the norms they suggest seem to us wrong and dangerous.

Margalit and Walzer did not use our paper “Military Ethics of Fighting Terror: An Israeli Perspective” as published in Journal of Military Ethics, Vol. 4, No. 1 (April 2005), which includes a full presentation and defense of our conception. No wonder much misunderstanding has been created. Here are some brief clarifications.

First, it is wrong to ascribe to us the view that in a just war “the safety of ‘our’ soldiers takes precedence over the safety of ‘their’ civilians.” We have been careful to say that when the state has effective control over a territory, it shoulders responsibility for the security of the inhabitants, whether they are its citizens or not. Hence, the scenarios of Margalit and Walzer of a place in Israel having been captured by Hezbollah are a strawman. According to our guidelines they all require effective police activity, which involves no legitimate collateral damage.

Secondly, when a military force faces a mixed population of combatants and non-combatants in a territory not under its effective control, we follow Walzer’s Just and Unjust Wars: “Double effect is defensible” when “the actor…seeks to minimize [evil involved], accepting costs to himself.”* IDF Operation “Cast Lead” included a variety of effective efforts meant to minimize collateral damage, including widely distributed warning leaflets, more than 150,000 warning phone calls to terrorists’ neighbors, and nonlethal warning fire—unprecedented efforts in every respect. In our understanding of double effect “cost” does not require jeopardy.

Margalit and Walzer abolish the Double Effect doctrine by demanding that a state treat any noncombatants as if they are its citizens. Accordingly, since collateral damage is not morally acceptable in solving domestic problems, it is never morally acceptable. This is a dangerous guideline, since it practically encourages and enhances terrorism. It is also a wrong guideline, because states have special duties to defend the life, liberty, health, and well-being of their citizens, and everyone else under their effective control.

Moreover, democratic states conduct military activity on grounds of Just War principles and international law, as well as on grounds of the moral principles of democracy. The depiction of a soldier as a “citizen in uniform” is not sentimental but rather fundamental and constitutional. You find it in England and Germany, for example. Israel owes a combatant conscript a justification for jeopardizing his life in a military operation. When we have made effective efforts to minimize collateral damage but the combatant is still in the vicinity of some noncombatants, the state does not have any justification for jeopardizing the troops, when the territory is not under its effective control. Margalit and Walzer have no good reason for demanding that the combatant jeopardize his life “for the sake of limiting the scope of the war.” An IDF combatant’s duty is to defend the state and its citizens, against all enemies, including terrorists constantly attacking them. The US Army value of Selfless Service means “putting the welfare of the nation, the Army and subordinates before your own.”

Finally, an abridged version of Margalit and Walzer’s article was published in Hebrew a few weeks ago. Surprisingly, it demands what the English version does not, that a combatant, in taking action, risk oneself more than a noncombatant. It means helicopters and tanks should not be used in fighting terrorists. This is nothing short of enhancing terrorism, particularly when and where terrorists blur the distinction between themselves and their noncombatant neighbors.

There are three points that we need to make in response to Kasher and Yadlin’s criticism of our article. First, their argument about “effective control” is radically misleading. Attacking forces do not have effective control over the territory they are attacking. If they did, there would be no need to attack. In our scenarios about the takeover by Hezbollah of the Manara kibbutz, it is clear that Hezbollah had acquired effective control of the kibbutz. Israel of course has legal jurisdiction, but that is neither mili- tarily nor morally relevant. If Kasher and Yadlin believe that Israeli soldiers trying to recapture Manara must take risks to reduce the risks they impose on civilians, they must also believe that is the case for any other battlefield.

But they don’t believe this. So, second, we must deal with their argument that on most battlefields, soldiers don’t have to try to minimize civilian injuries and deaths by accepting any “jeopardy” to themselves. They need only do things like warning civilians to leave the area. The difficulty here is well-known to Americans because of the attempt to create “free fire zones” in Vietnam by first warning civilians to leave the zone. In such cases some civilians never leave, despite repeated warnings—because they are old and sick, or because they are caring for relatives who are old and sick, or because they are afraid that their homes will be looted, or because they have no place to go. If an army is committed to taking positive measures to minimize civilian casualties, and to accepting “costs” to its own soldiers, then it can’t be enough to make phone calls, even a lot of phone calls.

What else should an army do? Well, for one thing, it has to try to find out whether civilians have in fact left—and any effort to collect that kind of information will probably put soldiers at risk. Indeed, Kasher and Yadlin’s claim that soldiers can accept “costs” that don’t involve “jeopardy” does not accurately reflect what battles are like or what soldiers do. Of course, soldiers have a duty “to defend the state and its citizens” and to try to win the battles they fight. But there are many small moral decisions that soldiers have to make in the course of those battles, and what we are insisting on is the necessary constraint on those decisions. They must reflect respect for innocent lives, whatever the political identity of those lives, and even when they are not under “our” control. What risks we impose, and what risks we decide to accept, are always under our control. Soldiers don’t need philosophers to remind them of this fact.

We acknowledge (this is our third point) that states, democratic states most obviously, have special obligations to defend the lives of their citizens. Therefore they can decide to put soldiers at risk for that purpose, as Israel did in its Entebbe raid, without committing themselves to do the same for citizens of other states. But when soldiers are on the attack, when they are imposing risks on civilians, the citizenship of those civilians is morally irrelevant. Soldiers must do their best not to kill them, and their “best” will sometimes involve some “cost” to themselves.

But won’t this encourage terrorists to use civilian cover? Obviously, civilians wouldn’t provide cover if there was no such thing as noncombatant immunity. But when soldiers recognize that immunity, and look for ways of protecting innocent lives, they don’t give up the fight against terrorists. They are acting on a battlefield; the risks they accept have to be incorporated into the strategy and tactics of the battle. The point of the incorporation is moral, but it is also expressive: it makes clear to the world who the terrorists are and who the opponents of terrorism are. 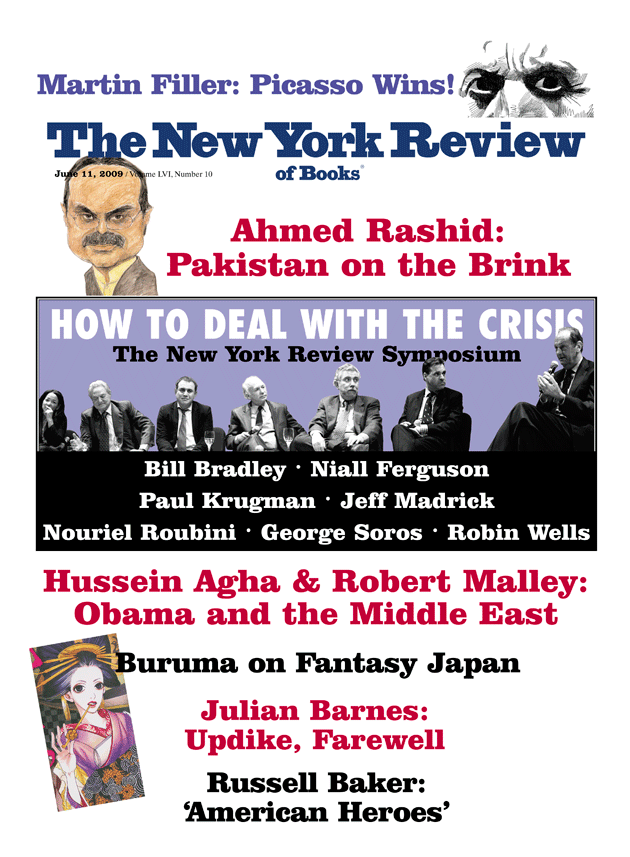