Some time ago, Drue Heinz said to me about dying, “It’s rather disconcerting to realize that you can’t take even a book with you.” We were in a very brown and velvety study done up by her favorite decorator, Renzo Mongiardino, in her house in New York, on Sutton Place. Renoirs here, a Modigliani there, and a great deal of trompe l’oeil in between. On March 30, after false alarms, when her doctors had written her off but she bounced back, this weird and wonderful woman finally passed away, peacefully enough, they say, after a few weeks of decline, of talking to the radio, asking for her ski boots, and seeing a man in a cloak. She died at Hawthornden, the lovely castle nestled in a glen in Scotland that she was proud of having made into a writers’ retreat and named a literary prize after.

Drue was 103. I had worked out her age from a story she once told me about having been smuggled aboard the Queen Mary in 1935 by Bing Crosby, crossing in the company of his Catholic wife, who would not give him a divorce. Thirty-five minus whatever age a debutante was supposed to be equals 1915 or so (I figured she would have to have been of debutante age). Her friends said Drue didn’t want to die, because she didn’t want people to find out where she was from. She said different things: an orphan watched over by lawyers; an orphan brought up in girls’ schools in Ireland; an orphan brought up by spinsters in Norfolk. Where she ended up was pretty fascinating, everyone pointed out, wherever she was from. They used to say that Drue Heinz and Grace Dudley treaded carefully around each other. Each knew the truth about the other: they had both been in Switzerland during World War II, at embassy dinners and parties where they gathered information helpful to the Allies. I am not as embarrassed as I should be that I am interested in Drue’s obituaries, in order to find out answers to some of the mystery of her.

I only knew her as an older woman who got even older, not as the stunning, fiery redhead who for three decades was the second wife of Jack Heinz, the ketchup tycoon, big donor to the Republican Party, and philanthropist. It was a torment, Drue remembered, to get stuck in a limo with Ronald Reagan, whose conversation took the form of delivering one-liners to the Secret Service. She said Jack’s psychiatrist recommended that she pick a fight with her husband every day. When he stopped running the family company, they took a house in Ascot. Nobody had heard of them, and then the Queen turned up at their place.

Drue had a past and she had different sides and I never saw the Drue who got decked out and went to country-house balls. She was a nightmare to work for, her friends observed. One story has a guest at Hobe Sound, her house in Florida, opening the kitchen door to see Drue hitting the cook over the head with a leg of lamb. In another version of the story, it’s a frozen salmon. But then she was full of tender care for her dying long-term secretary, Mrs. Moody.

When it came time to pack up Hobe Sound, she and the maid got so drunk they wrapped everything, including the knobs from the stove. Philanthropy is maybe a form of self-deception, but staying busy kept Drue one step ahead of depression. She really missed Jack Heinz. He died in 1987. She outlived so many of the people she cared about. When she developed phlebitis in her leg and her doctors in London advised her not to fly, she said New York was never going to be the same for her anyway, not without her dear friend Camilla McGrath.

The Pittsburgh Symphony performs in Heinz Hall, but I never thought of Drue as musical. She was the patron of Daniel Halpern’s quarterly, Antaeus, and for a long time was the lifeline of George Plimpton’s Paris Review. She could get very intense about her projects with the Morgan Library in New York or the National Gallery in London, among other institutions. A life lived only for pleasure risked not adding up to much.

She rather collected houses. Someone said that because she had a thing against hotels she’d buy houses in the places where she liked to go. The rumor was that one house near Portofino was shut tight and overrun with rats. Everywhere she lived or visited seasonally was beautiful, starting with the view from her villa across Lake Como to Bellagio. She was rich, into rank, respectful of hierarchies, and therefore you sometimes met the most appalling right-wing characters under her roof. But then it should have amused me more than it did to think what some of my fellow guests must have made of the chain-smoking black American boyfriend of that taciturn poet. Though she was not the least bohemian, when it came to helping out others or taking up someone, she had imagination and liked to be interested. I made some close friends at her table. She said that whenever she had some of her writer friends down to Hobe Sound, her husband referred to them as “your Crazies,” and then it became a social category, “Drue’s Crazies.”

Every year at the London Library as the citation for the Hawthornden Prize was read she stood erect, like taking the salute. She traveled between her houses by car, the Lucian Freud portrait of a young burglar he decided to paint instead of turn over to the police sent ahead to wait for her on its easel. She at last let her hair go white. She could talk in a raspy, unbroken flow, like someone hard of hearing who must do all the talking, but also a little like someone who does not want to be questioned.

Years ago, before a sale of some of John Pope-Hennessey’s effects, Drue suggested that I bid in her place for a keepsake she wanted. At the auction, she spotted maids there on behalf of their employers. When the bidding went past the amount she’d specified as her limit, I shot her a look. She turned red with fury that I had given her away. Later, bidding for a small object I hoped to give to a certain taciturn poet leapt beyond my resources. Drue raised her paddle. The room fell silent. “I knew you wanted it for James.”

“Of all the rich ladies, Drue is by far the nicest,” Elizabeth Hardwick once said. 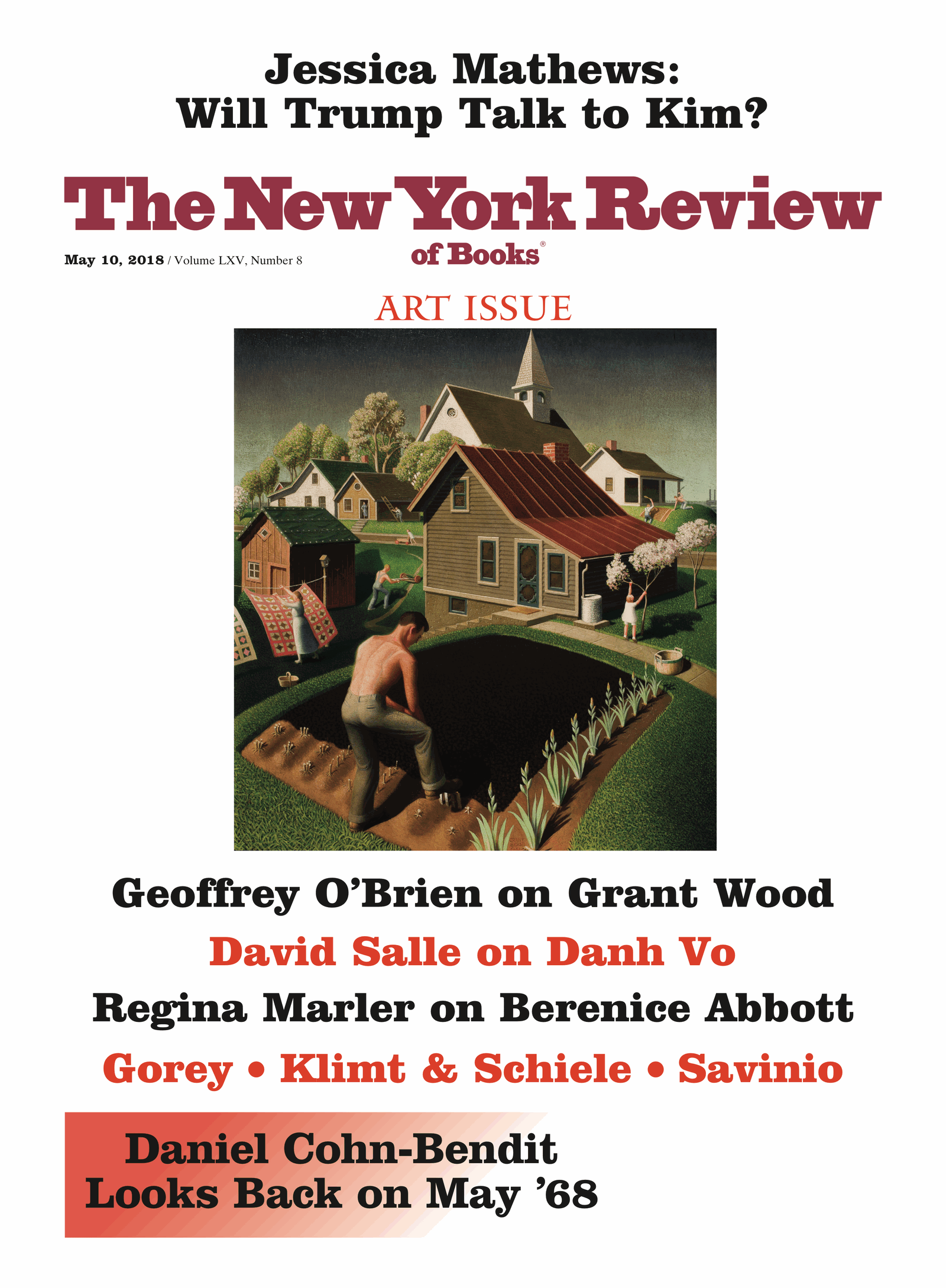 Notes from the Inside

The Key to Everything

Pictures of the Jazz Age

Darryl Pinckney’s memoir, Come Back in September, was published in October. (November 2022)

Notes from the Inside

The Key to Everything

Pictures of the Jazz Age