For book writers today, a common occupational hazard is the cannibalizing book review. After spending years researching and writing a book, the author finds a reviewer consuming his or her material and presenting it as his own. But Eamon Duffy, in his review of my book Fatal Discord, goes a step further [NYR, April 18]. He spends his first twenty- six paragraphs (filling more than two pages in the Review) summarizing my account of the rivalry between Erasmus and Luther. There’s hardly a fact in those paragraphs that does not appear in my book. Yet apart from one early passing reference, Duffy does not mention it. What’s more, he inserts several footnotes to other sources to make it appear that he found the material elsewhere.

On page 513, for instance, I discuss a colloquy by Erasmus titled “The Godly Feast” and cite a well-known passage from it: “St Socrates, pray for us!” Duffy gives the same quote but, rather than cite my book, offers this erudite-sounding footnote: “‘The Godly Feast,’ quoted in C.A. Patrides, ‘Erasmus and More: Dialogues with Reality,’ The Kenyon Review New Series, Vol. 8, No. 1 (Winter 1986), p. 34.” On pages 581–582, I discuss and quote from Erasmus’s preface to his edition of St. Hilary, in which he argues that “the sum and substance of our religion is peace and concord.” Duffy quotes this passage (with a minor change in translation), but rather than credit my book, he refers readers to “McConica, Erasmus, p. 77.” On page 443, I cite a letter by Erasmus in which he complains that the pope’s supporters “have no ideas except to eat Luther alive, and it is not my business whether they prefer him boiled or roast.” Duffy cites this in a slightly altered form but refers readers to a 1973 edition of Erasmus’s works by Richard L. DeMolen. I can’t imagine why he would do this other than to conceal the fact that the material he is using comes from the book he is (ostensibly) reviewing.

After thus feasting on my research, Duffy acknowledges that I tell the story of the Erasmus–Luther rivalry “with vividness and panache,” but then, like an ungracious guest, he immediately begins complaining. He is especially aggrieved by my suggestion that a key heir to the Erasmian tradition was his fellow Dutchman Spinoza. In my conclusion, I try to show that Spinoza’s Tractatus Theologico-Politicus incorporates several important elements of Erasmian thought, including the idea that the true enemies of Christ are those who persecute honorable and justice-loving men because they do not subscribe to the same religious beliefs, and that—apart from a small number of core doctrines—everyone should be free to choose for himself the foundation of his creed. In issuing a general call for freedom of belief in a democratic system, Spinoza (I argue) was recasting Erasmus’s Christian humanism for a new secular age. Duffy reproaches me for this, stating that I “too readily” assume that Erasmus’s message “could be detached from its Christian, and indeed, Catholic setting”—as if a non-Catholic like Spinoza (or me) could not possibly find inspiration in his thinking. Through a series of theological somersaults that I am unable to follow, Duffy tries to demonstrate that Erasmus—a lifelong defender of tolerance, pluralism, and individual free expression—was actually “an enemy of individualism.” His discussion reminds me of the scholastic theologians whose sterile syllogisms drove Erasmus from the University of Paris and whom he mocked in the Praise of Folly as “so quarrelsome that they will argue and fight over a lock of goat’s wool, absurdly losing sight of the truth in the furor of their dispute.”

Duffy also writes that “he [i.e., me] follows Max Weber’s classic thesis in The Protestant Ethic and the Spirit of Capitalism by arguing that Luther’s ideas contributed directly to the emergence of a radical Protestant individualism and a social order ‘characterized by competition and self-expression, entrepreneurship and free enterprise.’” In fact, I am not following Weber’s thesis. In The Protestant Ethic, Weber argues that it was not Lutheranism, with its “moral helplessness” and “spontaneous vitality of impulsive action,” that fostered Protestant individualism and entrepreneurship but Calvinism, with its spur to ascetic self-control and its “inner isolation of the individual.” “We thus take as our starting point in the investigation of the relationship between the old Protestant ethic and the spirit of capitalism the works of Calvin, of Calvinism, and the other Puritan sects,” Weber wrote. In my introduction, I argue that Weber’s essay has actually had the effect of obscuring the contribution that Luther made to the unfolding of individualism, especially in America, and I note my intention of focusing new attention on the part he played.

As a nonspecialist writing a book about Erasmus and Luther, I worried all along that it would be assigned for review to a professor who, eager to showcase his superior knowledge, would not give me a fair shake. Duffy, an emeritus Cambridge don, has realized my fears, engaging in what in journalism is known as bigfooting. After all my years of toil on this book, I had hoped for a more open-minded hearing.

Michael Massing’s Fatal Discord is an engagingly written if somewhat overlong summary of received knowledge. Specialists in the period will find little in it to inform or surprise, but I chose not to labor that point in my review, since there is room for works popularizing original scholarship for an intelligent general readership. Having spent a lifetime studying and teaching the history of early modern religion, and the Reformation in particular, I really had no need to “feast on [Mr. Massing’s] research.” Since The New York Review does not routinely include footnotes, the references to quotations in my review were provided, not as Massing imagines, as a parade of false learning, but purely for the benefit of the Review’s fact-checkers: it was an editorial decision (to which I had no objection) to include them in the published version. I am sorry Mr. Massing takes such exception to what was intended as a kindly if not entirely uncritical notice of his book. 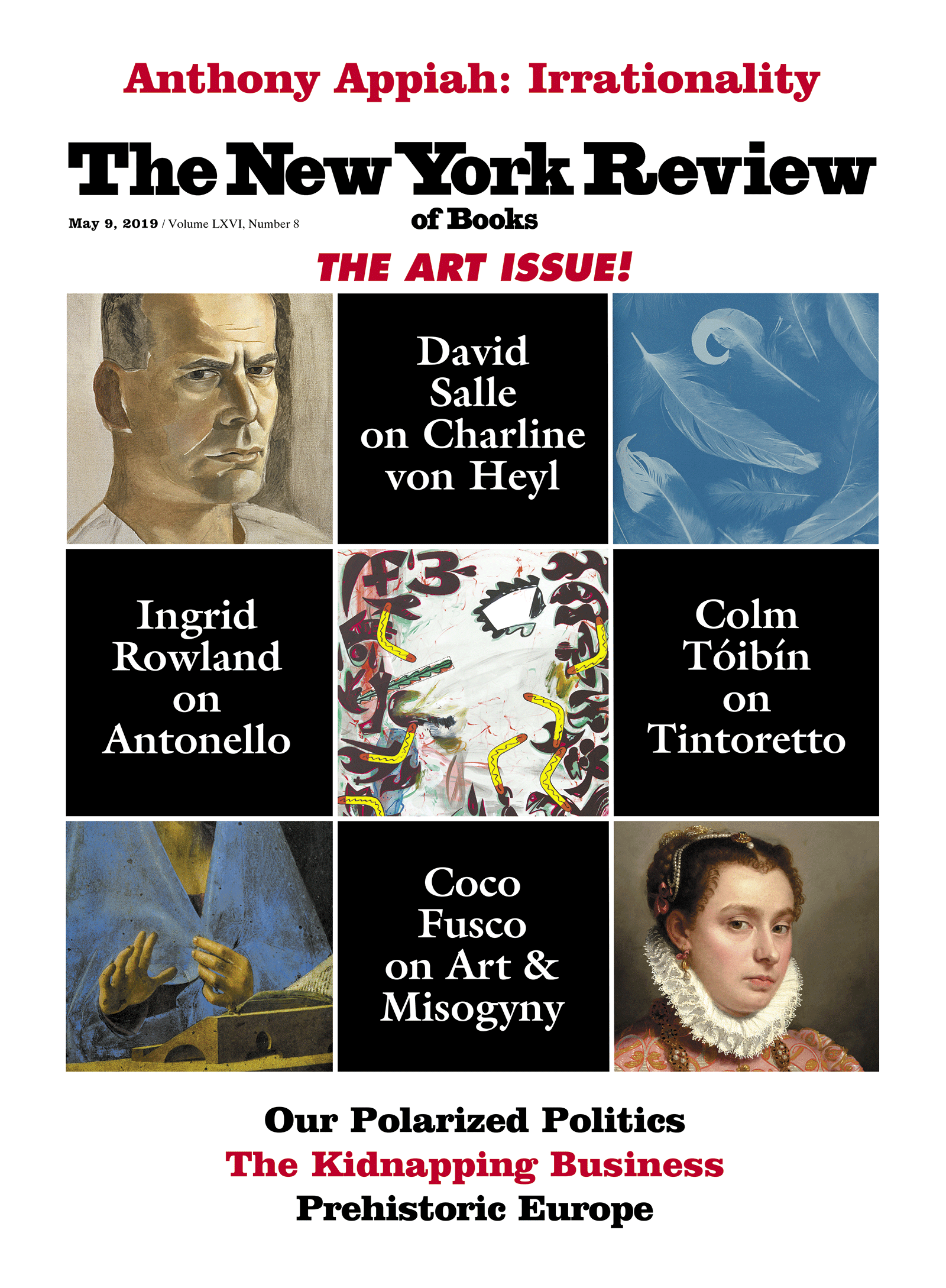 ‘A Painter Not Human’

Berger’s Ways of Being

‘A Painter Not Human’

Berger’s Ways of Being

‘A Book of American Martyrs’ by Joyce Carol Oates