Enrique Krauze’s article “Mexico’s Ruinous Messiah” [NYR, July 2] on the presidency of Andrés Manuel López Obrador (AMLO) is a litany of reproaches, some of which are justified, most of which are not, and all of which contribute to a portrait of the president as an “elected despot” who is “ruining” Mexico and threatening democratic pluralism. The authors of this letter do not agree on every aspect of the AMLO presidency, but we do think it is important to respond to these allegations, which are a collation of talking points used by Mexican conservatives to discredit the efforts of a popular president to combat rampant corruption and channel more state resources into projects for social welfare. We cannot in this short space reply to each of Mr. Krauze’s arguments, but we will address some of the essential ones.

Mr. Krauze claims that AMLO controls the Mexican media, suggesting that there is something dictatorial in his behavior. In fact, he has put an end to the institutionalized practice of bribing the media into conformity (el chayote) and as a result has much media hostility to contend with. Yes, he often criticizes the media that oppose him and his projects, but Mr. Krauze would be at pains to point to a single example of “restricting free expression,” as he contends.

It is difficult to understand on what basis Mr. Krauze can claim that AMLO has “brought…to a halt” the construction of a multiparty democracy. Since the 2018 elections, in which he won the presidency with a clear majority, and in which his party, Morena (Movement for National Regeneration), won majorities in both houses of Congress, the opposition has been weak and divided and some of its leaders have resorted to Trump-like tactics of calumny. The two major established parties, the PRI and the PAN, do not embody a focused and constructive opposition, but that is not the fault of the president.

According to Mr. Krauze, AMLO controls his party with an iron hand. In point of fact, the cohesion of Morena is threatened from within by certain regional leaders who are less dedicated to an agenda of social change than the president himself. Far from imposing his control, AMLO has left party leaders to resolve these problems on their own and indicated he may take his distance from Morena if it falls under conservative control.

While casting doubt on AMLO’s claim—central to the credibility of his presidency—that a struggle is being waged by legal means against systemic corruption, Mr. Krauze curiously never mentions the work of dedicated and incorruptible members of AMLO’s government such as Irma Eréndira Sandoval, who is the head of the Secretaria de la Función Pública, or Special Prosecutor Santiago Nieto Castillo.

While some aspects of AMLO’s handling of the Covid-19 pandemic are indeed problematic, it is wrong and defamatory to suggest that he has a “contempt for experts that is similar to Trump’s.” Strangely, Mr. Krauze refers not once to the work of Dr. Hugo López-Gatell, subsecretary of health, whose calm and informed guidance in combatting the pandemic has certainly helped to control its spread and avoid a catastrophe of Brazilian proportions.

The leitmotif of Mr. Krauze’s complaint is that AMLO, although personally incorruptible in material terms, has been “corrupted” by power and seeks to become a modern-day caudillo. He is apparently in thrall to outdated normative representations of Mexicans and other Latin Americans as culturally backward and prone to charismatic authoritarian leaders, caudillos. In this view, popularized by Domingo Faustino Sarmiento, president of Argentina (1868–1874), and taken up by Mr. Krauze in one of his books, Latin Americans naturally tend toward authoritarian, “barbarian” leaders and are incapable of exercising the restraint needed for republican rule in “civilized” societies.

Does AMLO really owe his high rates of popularity, as Mr. Krauze suggests, to the “religious aura” that he cultivates? Has he cast a spell on his supporters with messianic promises of redemption? If his enduring popularity in the midst of a pandemic and prolonged economic stagnation were explainable only by demagogy, there would be reason for great concern. However, the AMLO administration has undertaken numerous projects of interest to poor and marginalized citizens. Mr. Krauze clearly thinks very little of these and sweeps them aside as failures, but there is a material basis for AMLO’s continuing majority support.

Many of AMLO’s choices are indeed debatable (regarding ecology or immigrants’ rights, for example), but it is simply untrue that public debate has been suppressed; it remains very lively in spite of Mr. Krauze’s dark premonitions about the suffocation of democratic life. Mexico for the first time in decades has a president with an agenda of social change, and that seems to be the main reason Mr. Krauze and a handful of other conservative intellectuals are so upset.

I am delighted that Edward Blumenthal and James Cohen admit that they “do not agree on every aspect of the AMLO presidency,” that “many of AMLO’s choices are indeed debatable (regarding ecology or immigrants’ rights, for example),” that “some aspects of AMLO’s handling of the Covid-19 pandemic are indeed problematic,” and that “some” of my “reproaches…are justified.” Since they have nothing to say about AMLO’s policy of appeasing organized crime, which has given rise to unprecedented levels of violence, or about the 10 percent fall in the economy predicted for 2020, which may result in the loss of two million jobs and the condemnation of nine million people to poverty, I have to assume that these also belong to those “aspects” about which they agree with me and not AMLO.

Blumenthal and Cohen are specialists in the subjects of exile and migration in South America, and they teach in France. They offer as an example of the fight against corruption “the work of dedicated and incorruptible members of AMLO’s government such as Irma Eréndira Sandoval.” In my article, I alluded to the various members of AMLO’s cabinet or his inner circle who have committed vast acts of corruption and who have been exonerated by Sandoval. But the events of recent weeks allow me to add one further case: that of Sandoval herself. An investigative journalist has revealed that she and her husband, Dr. John Ackerman, both academics, inexplicably managed to accumulate property worth $3 million over the past two decades. Worse still: in her declaration of assets, which is compulsory for all public employees, Sandoval omitted information so as to prevent her fortune from looking too outrageous. A formal complaint against her is before the Secretaría de la Función Pública.

Blumenthal and Cohen accuse me of being one of those “Mexican conservatives” who want to “discredit the efforts of a popular president to combat rampant corruption and channel more state resources into projects for social welfare.” It would trouble them to learn that the main point of AMLO’s social agenda—the channeling of state resources into a vast program of distributing cash—is directly inspired by El Progreso Improductivo (The Unproductive Progress, 1979) by Gabriel Zaid, a writer who according to their criteria would be a “conservative.” Zaid has criticized the implementation of the program for the same reasons I did: he thinks the dismantling of the state brash, irresponsible, and chaotic; he has lamented the destruction of valuable public institutions, like the National Health Institutes and the Popular Insurance Program; he has condemned the recruiting by the government of the “servants of the nation,” young people who determine who does and does not deserve to receive support, because their work lends itself to political manipulation, arbitrariness, and corruption.

If Blumenthal and Cohen were basing their views on any reliable source of information beyond the official version, they would know that it is López Obrador himself, Trump’s great friend, who uses “Trump-like tactics of calumny,” and that because of these a number of journalists have been dismissed from newspapers and TV. They would also learn that thanks to the “calm and informed guidance in combatting the pandemic” of Dr. Hugo López-Gatell, Mexico today (July 22, 2020) had 790 deaths and 6,019 new infections, adding to the sum total to date of 362,274 cases and 41,190 fatalities. Has López-Gatell “helped to control its spread and avoid a catastrophe of Brazilian proportions”? That depends on how you measure these “proportions.” Mexico has about half Brazil’s population and (in the questionable official account) about half its number of deaths. But if we continue under the “calm and informed guidance” of López-Gatell—which includes not recommending the use of face masks, not implementing testing, and systematically lying about actual figures—we will overtake Brazil soon enough.

On June 22 López Obrador declared that he would be the “guardian” of the midterm elections in June 2021. But as it happens, Mexico already has an independent institution that is the guarantor of its elections and its democracy: the National Electoral Institute (INE). This month, a committee of seven people (Dr. Ackerman among them) will elect four new electoral counselors to the INE, out of a total of eleven. We shall see then whether the “guardian” respects the guarantor. Let’s hope he does. Because the only way in which I am “conservative” is in wishing the conservation of democracy in Mexico. 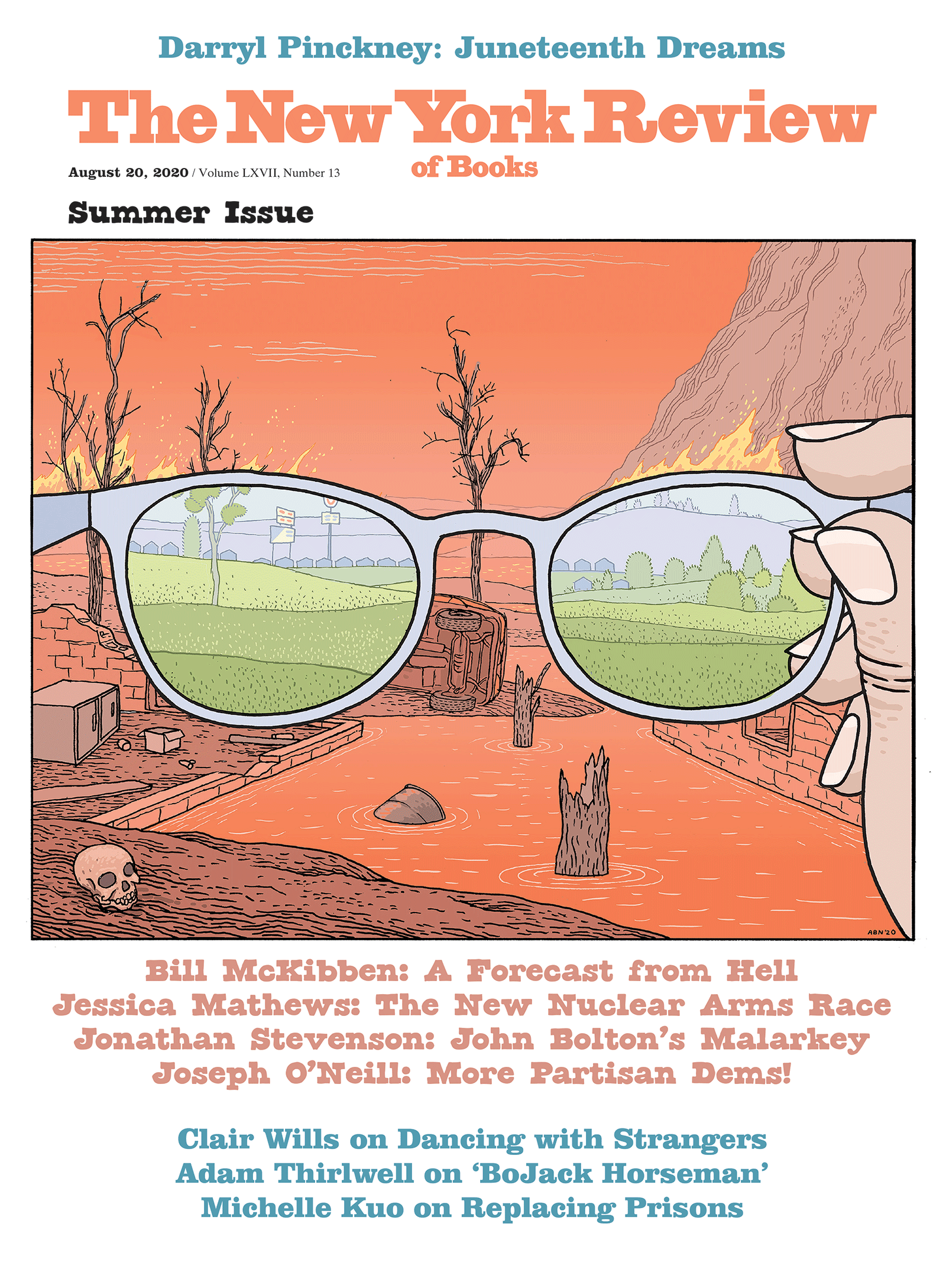 Corruption and Covid in Mexico