The twentieth century yielded few moments of political euphoria as heady as Fidel Castro’s triumph on January 1, 1959. Against all odds, Castro and his bearded band defeated a US-backed dictator in the name of post-colonial independence, economic equality, free education and health care. It was for some time an eminently salable story, and in certain quarters still is. Schoolboys in Cuba relive the myth every New Year’s. Dressed as revolutionary barbudos (“bearded ones”), they parade in green fatigues and brandish toy guns to re-enact, with wild, fierce glee, a victory that took place long before their parents were born.

Those who aren’t Cuban schoolboys will be grateful for Castro’s Cuba, a compilation of photographs and text from 1959 to 1969 by the late Lee Lockwood, a US photojournalist who specialized in Communist regimes. For some, this sumptuous, large-format art book may be a gateway or flashback, bringing on a renewed rush of feeling. For others, these images of pale, awestruck, overjoyed, or grimly determined faces registering the thrill of Fidel’s proximity will constitute a further inoculation against all such revolutionary romance. Either way, the book is a supreme lesson in the populist power of the Castro cult.

During a 1965 stay in Cuba, Lockwood was granted an unprecedented five-day interview with Castro. The tapes were transcribed by Cuban functionaries into 420 pages of Spanish typescript, which were packaged into bound volumes and delivered to Lockwood in his New York apartment by the Cuban mission to the UN. The interview was the core and principal raison d’être of the 1967 Castro’s Cuba, Cuba’s Fidel, the first edition of this text, which was accompanied by a collection of about one hundred small, grainy black-and-white photographs. Half a century later, the photos, many heretofore unpublished and all gorgeously produced (some in color), have expanded to take up most of the space; the interview is now far less relevant than the images.

Lockwood asks all the right questions, and presses his subject on a number of sore points, but the answers too often serve only to reveal how snugly both subject and reporter—despite his best efforts—are cocooned within a cult of personality. Fidel extolls the glowing future of Cuba’s farming sector and makes a display of his own detailed study of the latest advances in agricultural science (a photo shows him chomping a cigar and holding up a book on cattle nutrition in Latin America). He spends many pages claiming that the island is going to become agriculturally self-sufficient. Never mind. In 2015, according to the UN World Food Programme, Cuba imported 70 to 80 percent of its domestic food requirements.

In his original foreword to the book, Lockwood called it a portrait of Cuba “with Fidel superimposed on the foreground”; his awareness that the force field of Fidelmania distorts everything was to his great credit. One of the century’s colossal jokes was playing itself out: a communal ideology that purported to refute the Great Man theory of history was, in practice, applying it as fully as any other political system ever had. “We think of the revolutionary state as an instrument of the power of the workers and peasants,” Fidel recites in response to the charge that he is a dictator with absolute power. But when challenged to cite a single instance of “intuitive communication” with the people that resulted in the leadership’s rectification of a mistake, Fidel’s got nothing. “Doubtless there must have been such mistakes, but offhand I don’t recall any,” he says. 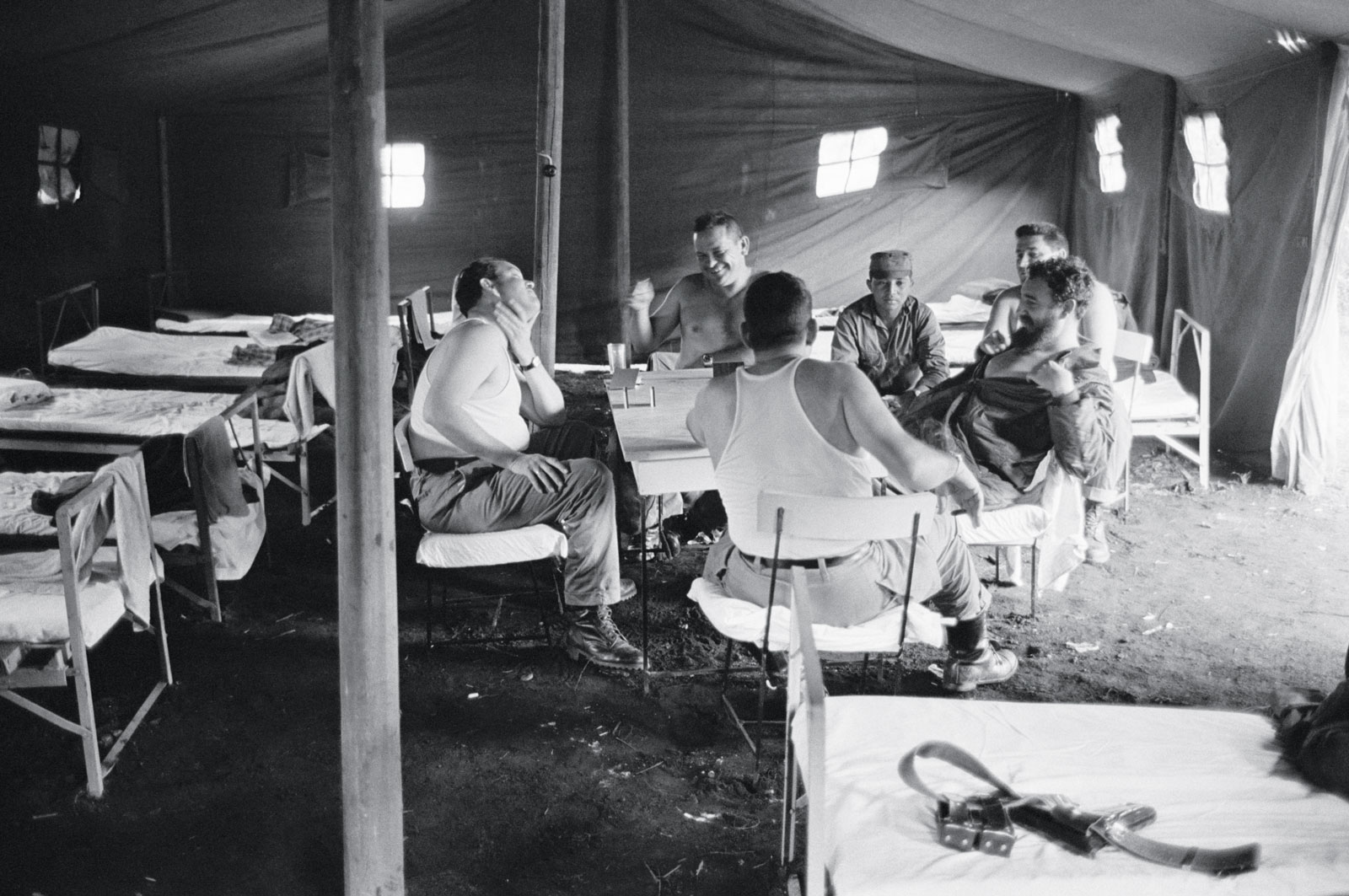 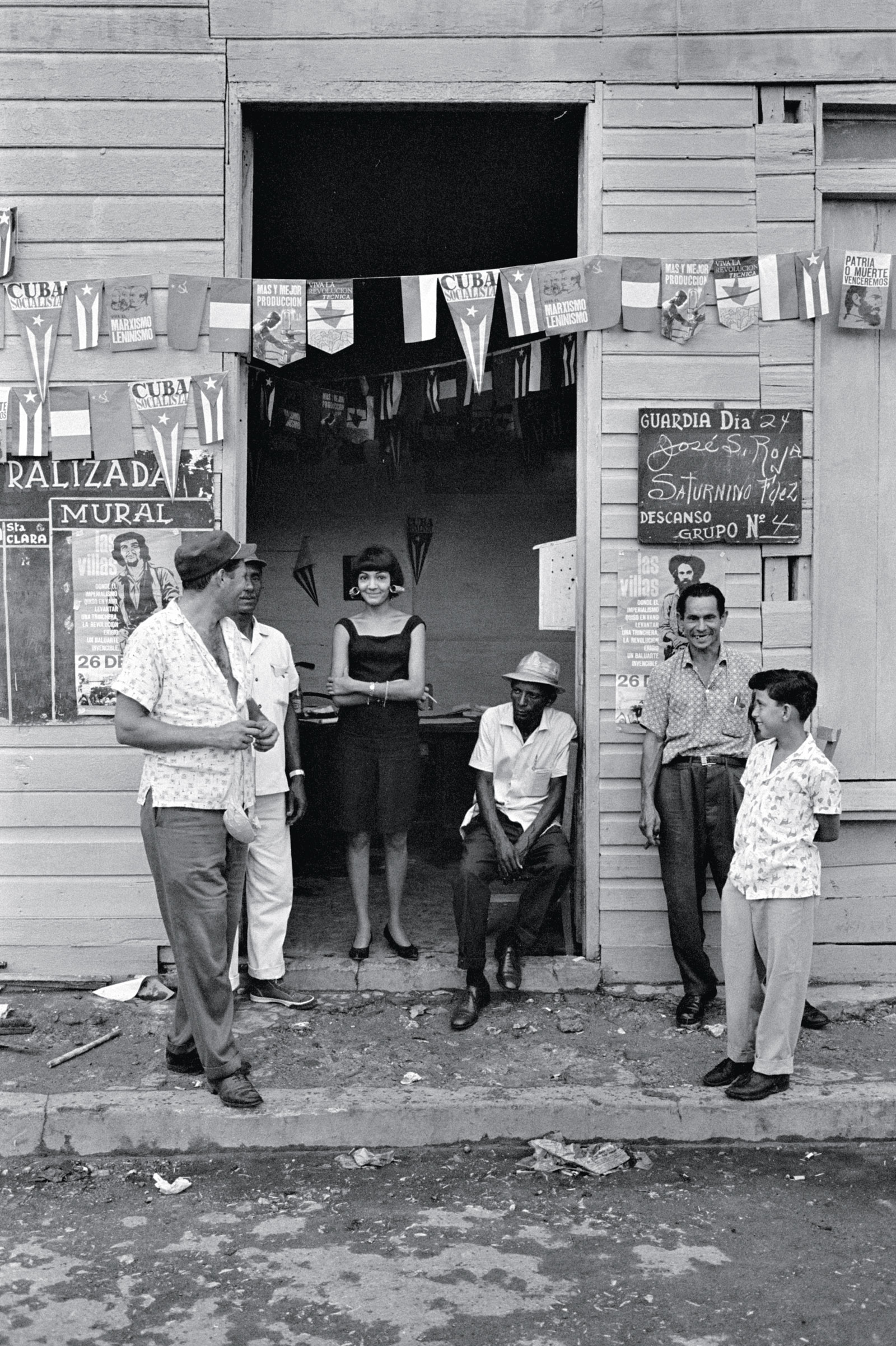 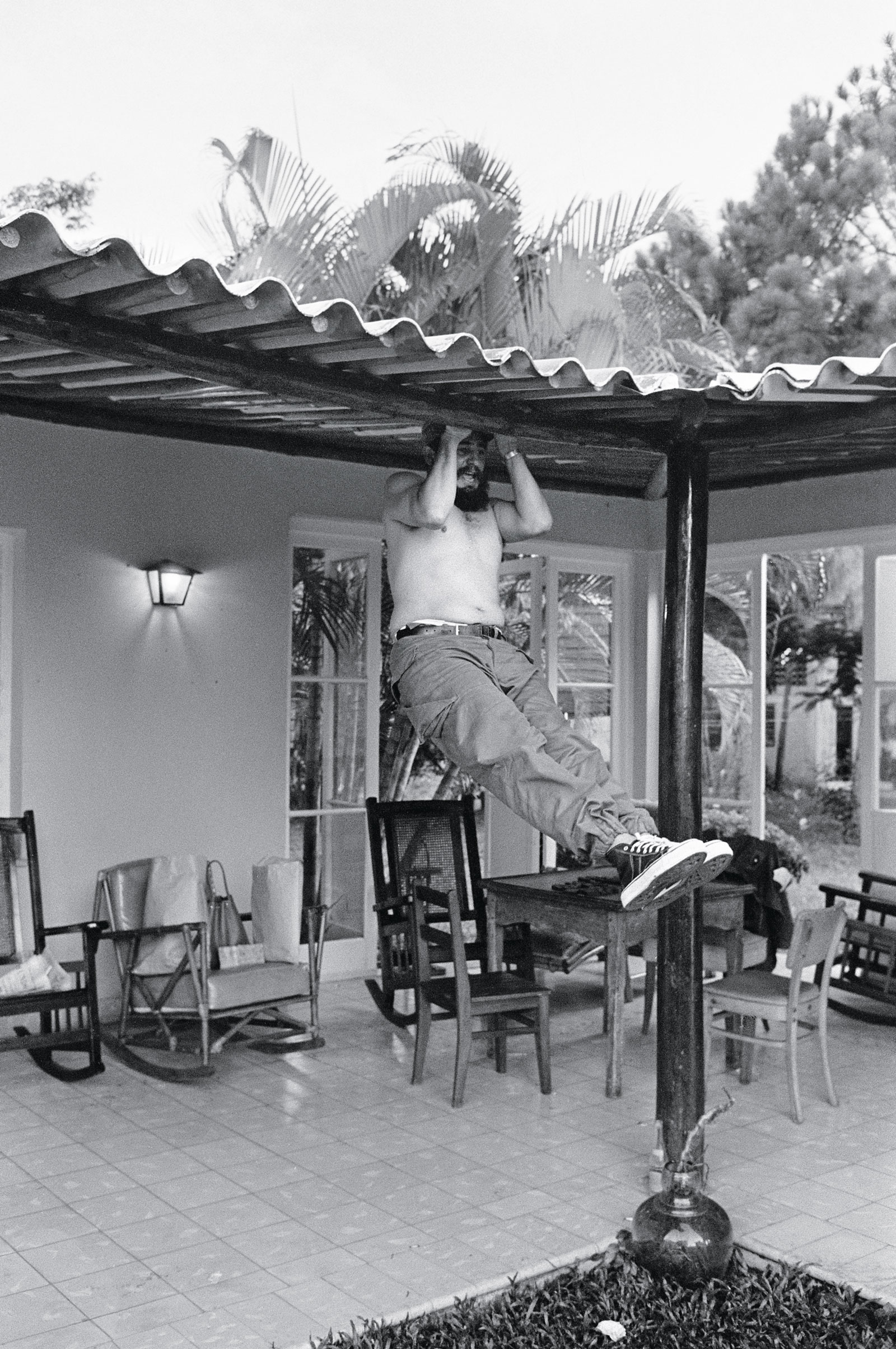 Fidel Castro exercising at his Isle of Pines retreat, 1965 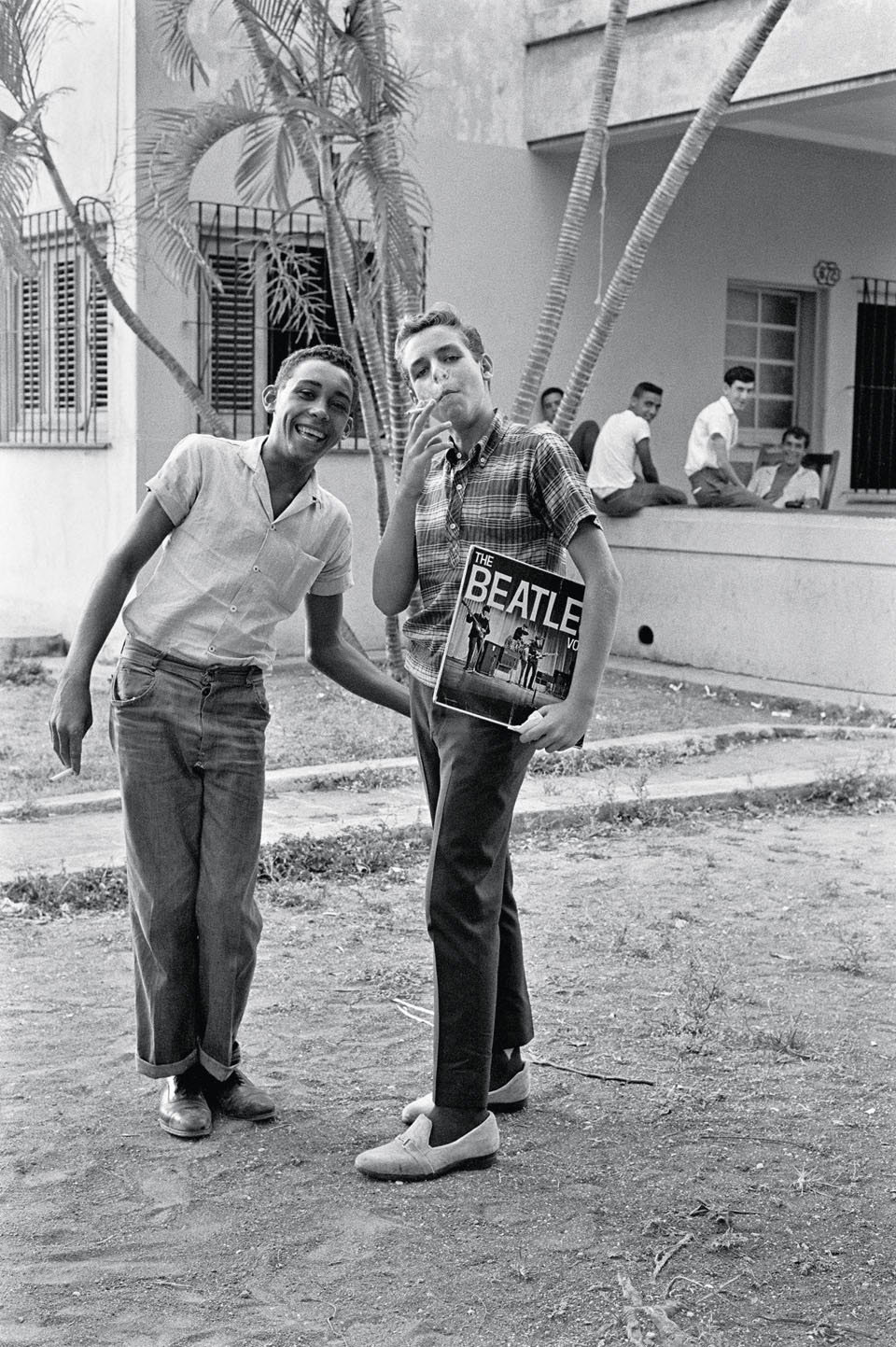 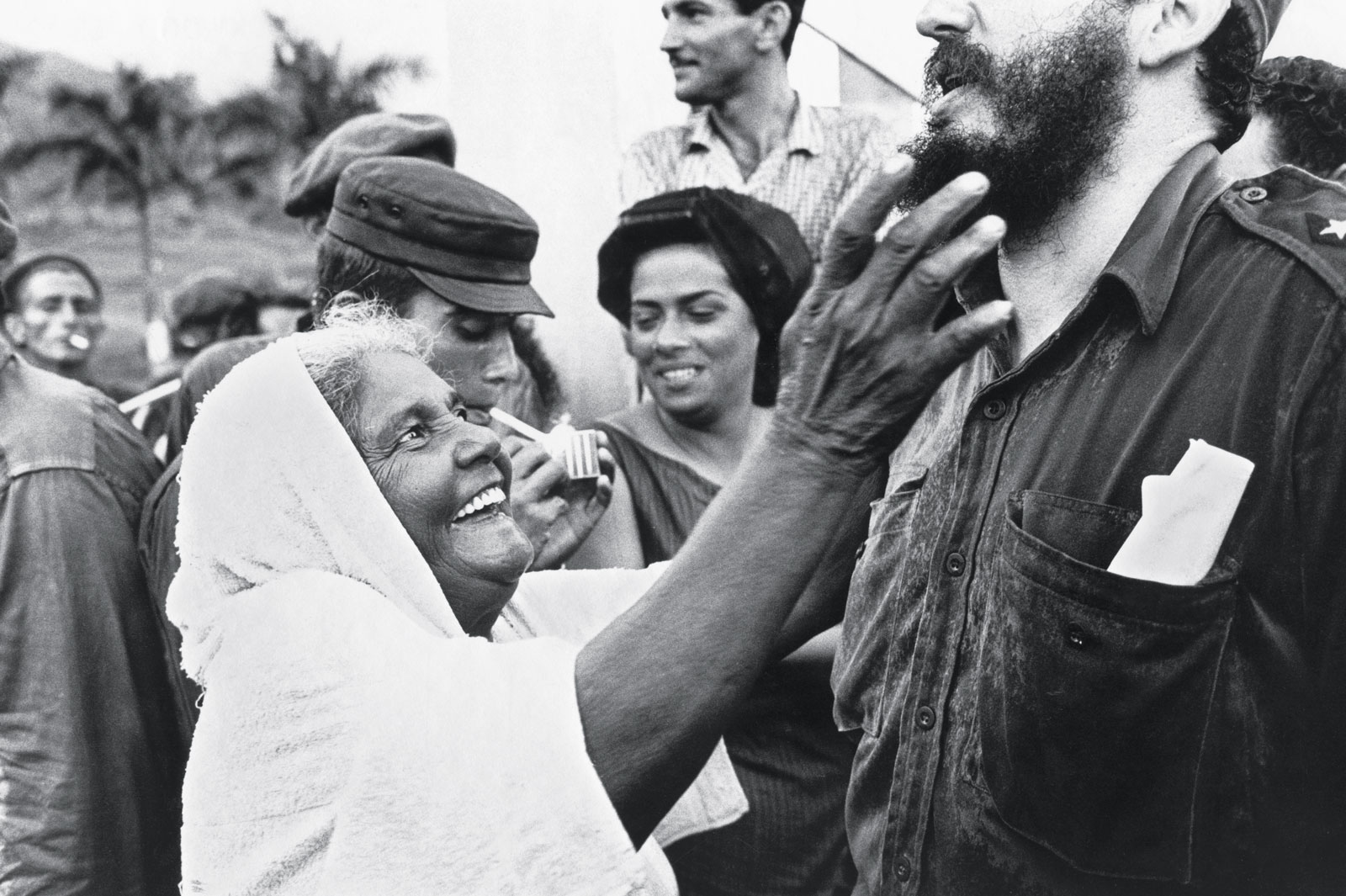 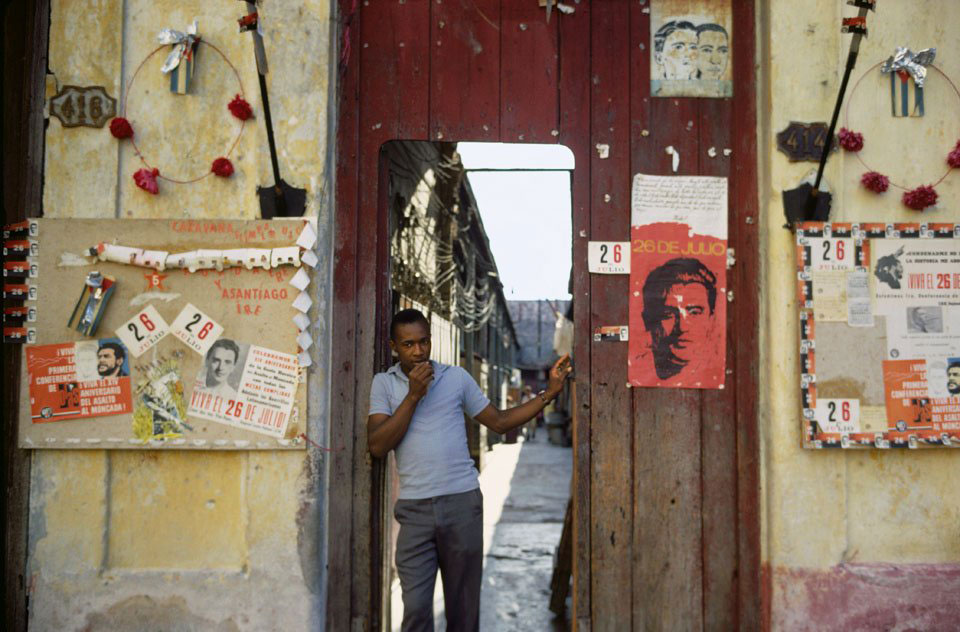 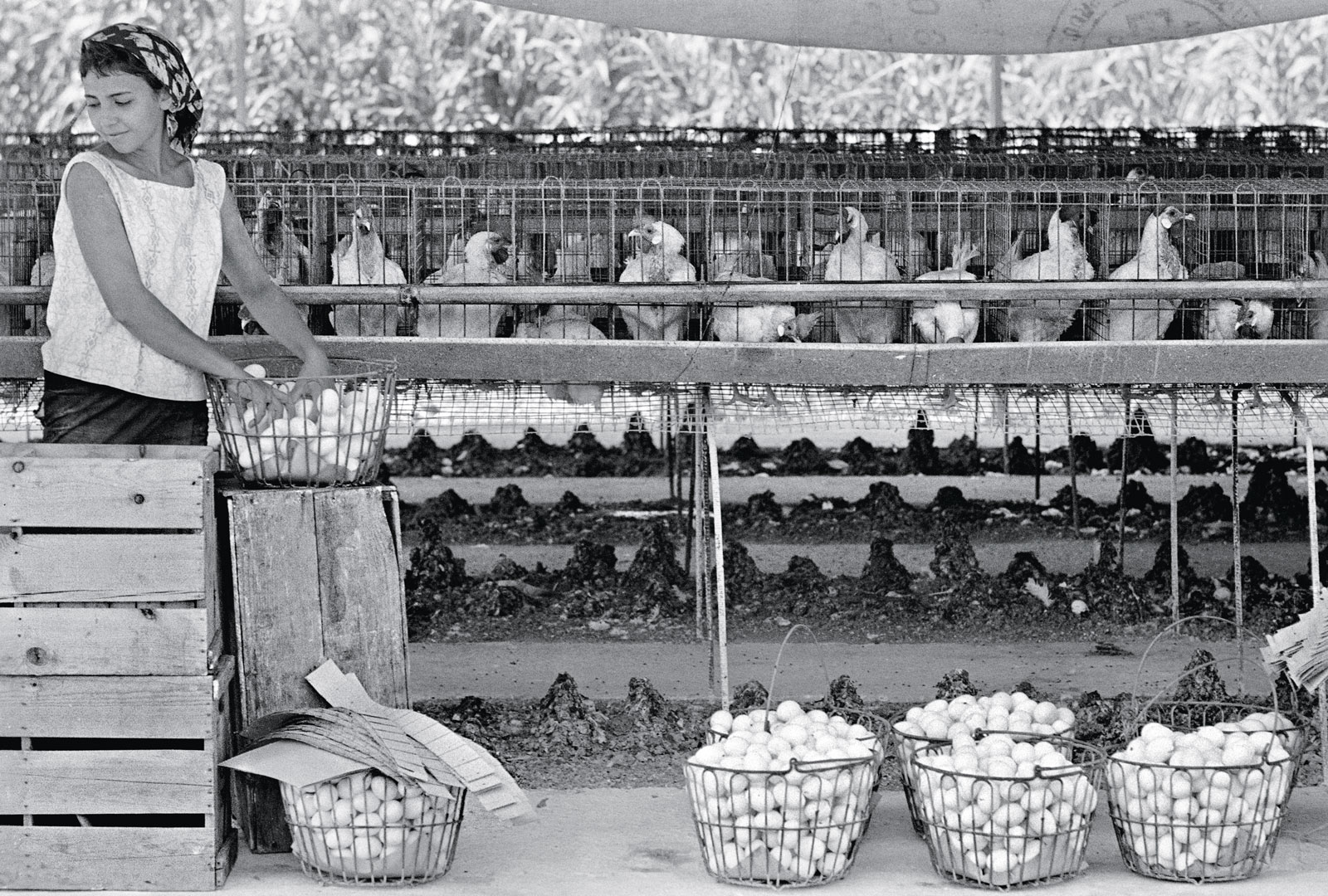 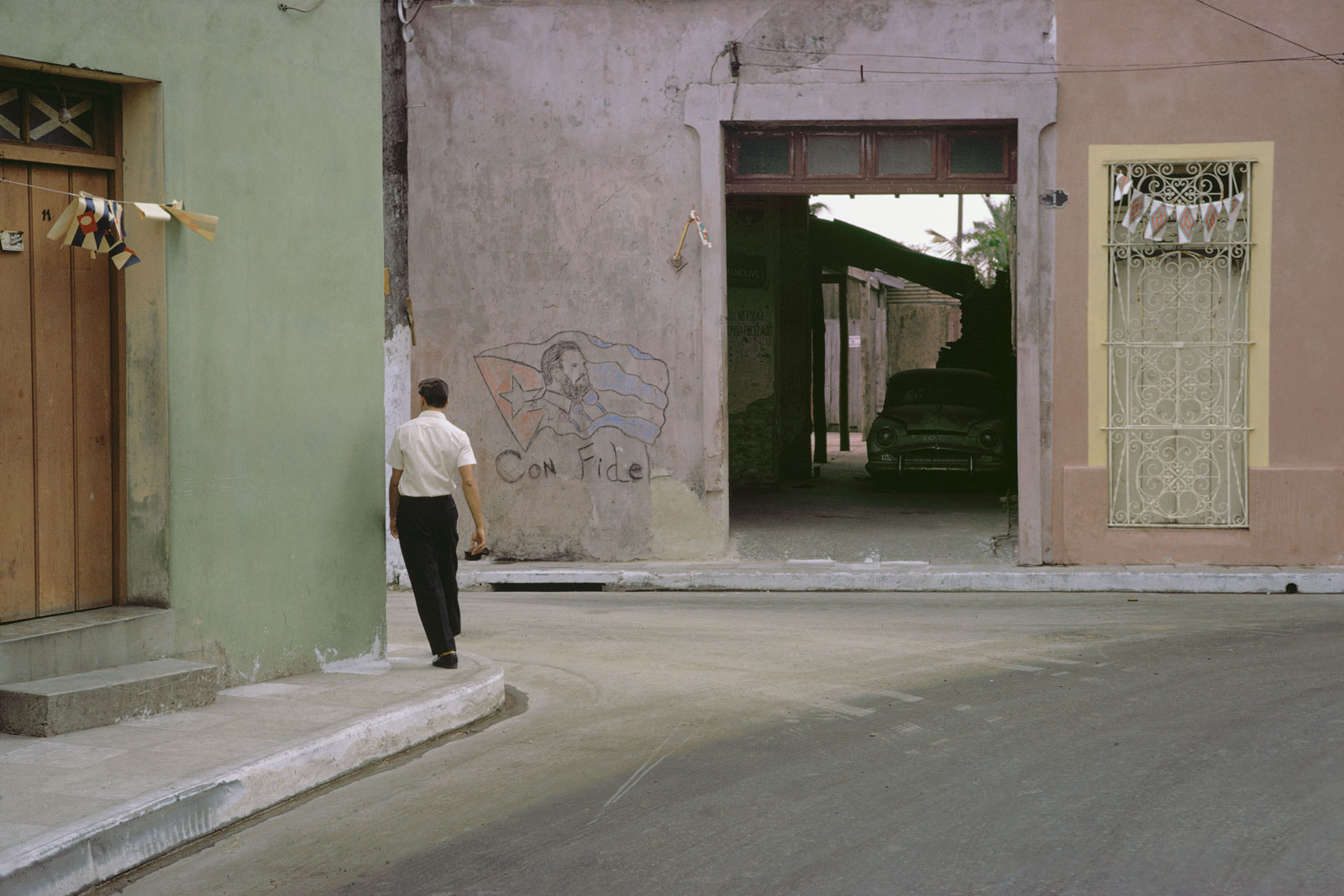 The details Lockwood glimpses are the book’s most enduring and revelatory feature. Here’s Fidel’s personal photographer, the “satanically appealing” Alberto Díaz Guiterrez, known to all as Korda, who wears tailor-made fatigues, races around Havana in a Porsche, and declares that he has “only two abiding passions in life: making love and photographing Fidel.” Here’s Celia Sánchez, one of the most powerful people in Cuba and a hero of the revolution. When she shows up at the remote hacienda on the Isle of Pines where Lockwood’s interview is being conducted, she polishes Fidel’s boots and takes charge of his personal housekeeping.

Lockwood photographs Fidel himself, and people who are looking at, touching and photographing Fidel. He also photographs the photographs and other images of Fidel that proliferate before his lens as the years wear on: a tiny Fidel speaks into a microphone, jabbing a finger into the sky atop a platform papered with a vast picture of his own face. That same face is stamped on a bandanna wrapped around the shoulders of a man who listens as Fidel gives a speech. A torn flyer showing Fidel and Karl Marx is taped to the wall in a cafe behind an avid group of chess players.

This omnipresent iconography of Fidel had begun to vanish from the Cuban street even while the Maximum Leader’s every action was still news and he was regularly appearing on television, long before his retreat from public life due to ill health and old age. And that’s the most striking change Lockwood’s work reveals to an eye accustomed to what Cuba looks like now. The cars in these photos, already outdated, are still part of every Cuban cityscape, though their engines are now mostly Japanese diesel. The Havana buildings whose decay was already of concern to Lockwood are in most cases far more dilapidated now, though some of the most important have been magnificently restored. But today, the political figures obsessively represented throughout Cuba are the martyrs, those who died young: Che, Camilo Cienfuegos, and the Ur-martyr and founding father of Cuban political consciousness, José Martí. Theirs are the faces on the currency, on posters and flyers, T-shirts, and souvenirs. They are the ones on the billboards the government hagiographically erects in strategic places; they are the ones in the Plaza de la Revolución.

Classic twentieth-century dictators of all ideological stripes left statues of themselves in the central squares, to be gilded, pulled down, or both, by those who came after. Through more than half a century as the nation’s leader, Fidel never did. Lockwood’s photos now remind us of this: though he never learned to relinquish power, Fidel did somehow learn to disappear.

The hoisting of the Star-Spangled Banner in Havana on Friday, for the first time in more than half a century, has been met with perplexing and contradictory reactions in the United States.