In the crunch at Attica, the convicts did not kill the hostages, as they could have. Whatever else, there had been a misunderstanding of language. The Governor and Commissioner Oswald had taken the truculence and frightening words of the mutineers too literally.

This kind of misinterpretation—working both ways—is common in black-white confrontations. It occurred at Cornell in the incident of the guns on campus. But in that case the faculty had wiser second thoughts and judged the black rhetoric (and the fraternity rhetoric) to be symbolic rather than literal, important but not compelling violent reaction.

When an official like the Governor makes such a grievous error in judgment with such monstrous consequences, however, he decently ought to quit and think it over—I must agree with William Kunstler on this point. No doubt the blacks too ought to learn to use language more carefully, but this cannot be taught by bullets, in prison.

The difficulty of communicating with the inmates, who did not want to die, would have been to make them understand what issues were really non-negotiable, issues for which the system would finally be willing to spend a thousand, a hundred thousand, a million lives. Oppressed people either tend to regard constitutional questions as bullshit, not seriously meant; or—like Bobby Seale in Chicago—they assert their “constitutional rights” with a touching religiosity and are indignant at the hypocrisy of power. But there is a real structure for which the authorities will in fact shed blood, including their own, and it should have been possible to make this clear.

Both sides spoke of a state of war, with the implication that people would inevitably be killed. The term was not incorrect; the implication was. Even apart from politics, every imprisoned man has returned to the state of nature, as Hobbes pointed out; all prisoners are in a sense political prisoners; and at Attica there was an explicit ideology of race and class conflict. But prudent warriors try to fight limited wars. At Attica the blacks seem to have been fairly prudent throughout. They treated the hostages well and wanted to keep talking, though they could not resist the style of gruesome guerrilla theater. Inevitably, those who fight against overwhelming odds have to be willing to settle for limited or symbolic success.

The whites lost their cool, partly because of the misinterpretation we have been mentioning, but also because of a neurotic inability to lose even a small battle. The blacks had skillfully pulled a fast one; the whites should honorably have conceded them a limited victory. For a time it seemed that this might be. But what probably happened—what usually happens—is that the more prudent leaders could not withstand the pressure from their own people. Many of the guards—and the community—could not regard the black convicts as honorable enemies.

These are psychological factors. But it is ridiculous to make the “rational” argument that a tough crackdown might diminish future trouble, in such a massive case, in the present climate of opinion. Nobody can believe this.

Naturally, as an anarchist I have other thoughts outside the current possibilities. The authorities should certainly enthusiastically have sent all twelve hundred—on Air Force One—to North Korea, which offered to accept them. (North Korea would have been just right.) It is one of the few advantages of our insane system of power blocs that there is still a semblance of exile. God help us if we have a world government.

Underlying is the perennial truth that prisons not only create more crime than they prevent, but they degrade us all—inmates, guards, and the community—even more than we are degraded. We would do well to abolish them even if there is no alternative for coping with dangerous criminals. 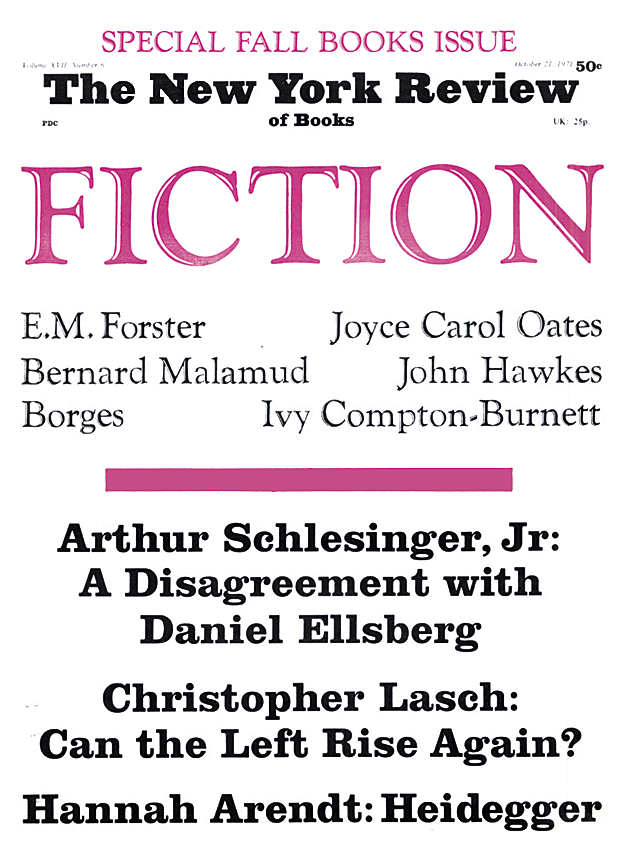 A Matter of Urgency

A Matter of Urgency