A single-judge majority of the US Supreme Court has declared that the execution of Warren McCleskey is the due and the right if not quite the bounden duty of the state of Georgia. Justice Lewis F. Powell, Jr.’s opinion upholding Georgia’s capital punishment statute is an exemplary demonstration of judicial subtlety; and that is just what is wrong with it. You cannot fine-tune a device whose essence is its crudity.

Warren McCleskey was accused of murdering a policeman who had interrupted him and three companions while they were robbing an Atlanta furniture store with pistols ten years ago. He was found guilty. Only then could the prosecution exercise its option to demand capital punishment and his trial jury be called back to decide if McCleskey deserved to die for his sins.

The Georgia statute is designed to eliminate every whim of prejudice from any judgment so permanent: the jury cannot condemn a defendant to death unless his crime was accompanied by one of ten “aggravating circumstances.” McCleskey’s conduct met not one but at least four of the ten standards for excess that qualify the offender for terminal punishment. He had killed a policeman to avoid arrest while engaged in a violent felony and he had fired with no consideration for the safety of bystanders.

On Wednesday, April 22, the Supreme Court ruled that McCleskey had been dispatched to the shadow of death by procedures that fit its prescription for scrupulousness in applications of fatal dosages. Justice Powell’s opinion cannot, however, close the issue quite so finally as it seems to have closed Warren McCleskey’s mortal span. Georgia’s list of ten “aggravating circumstances” seems to be incomplete. An eleventh most persuasively suggests itself: McCleskey is a man of color and his victim was white. That distinction in circumstance goes unmentioned among the aggravations listed in the Georgia formula; and Justice Powell, while conceding that it may well exist, found that it would be irrelevant even if it does.

The lethal dangers of the eleventh aggravation for any defendant who carries its burden into court were illustrated in terms as homely as they were graphic by Justice William Brennan in his dissent from the Powell majority. “At some point in this case,” Brennan observed,

Warren McCleskey doubtless asked his lawyer whether a jury was likely to sentence him to die…. First, counsel would have to tell McCleskey that few of the details of the crime or of McCleskey’s past criminal conduct would be more important than the fact that his victim was white…. Furthermore, counsel would feel bound to tell McCleskey that defendants charged with killing white victims in Georgia are 4.3 times as likely to be sentenced to death as defendants charged with killing blacks. In addition frankness would compel the disclosure that six of every eleven defendants convicted of killing a white person would not have received the death penalty if their victims had been black.

“Blacks who kill whites are sentenced to death at nearly twenty-two times the rate of blacks who kill blacks,” Justice Brennan went on. “Since our decision upholding the Georgia [law]…,the state has executed seven persons. All of the seven were convicted of killing whites, and six of the seven executed were black.”

When the New York penal code pared down the list of crimes deserving capital punishment, the very last to go was the murder of a policeman. That is the act whose danger to society our laws have singularly regarded as a forfeiture of every claim to mercy. And yet Justice John Paul Stevens was able to point out in his own dissent from Justice Powell that: “Of the seventeen defendants, including McCleskey, who were arrested and charged with homicide of a police officer [in Atlanta] during the period, McCleskey, alone, was sentenced to death.” He had killed a white cop. Only one other of these police cases came to the point of deliberation on the death penalty, and the jury committed the defendant to life imprisonment. He had killed a black cop.

While Justice Powell was washing his hands, he was reminded of former Chief Justice Warren Burger’s soothing observation that there can be “no perfect procedure for deciding in which cases governmental authority can be used to impose death.” The appointment of death would seem to be one of man’s overfrequent intrusions upon the prerogatives of the Almighty that ought to aim at some degree of perfection; and infinities of calibration cannot bring it remotely close. 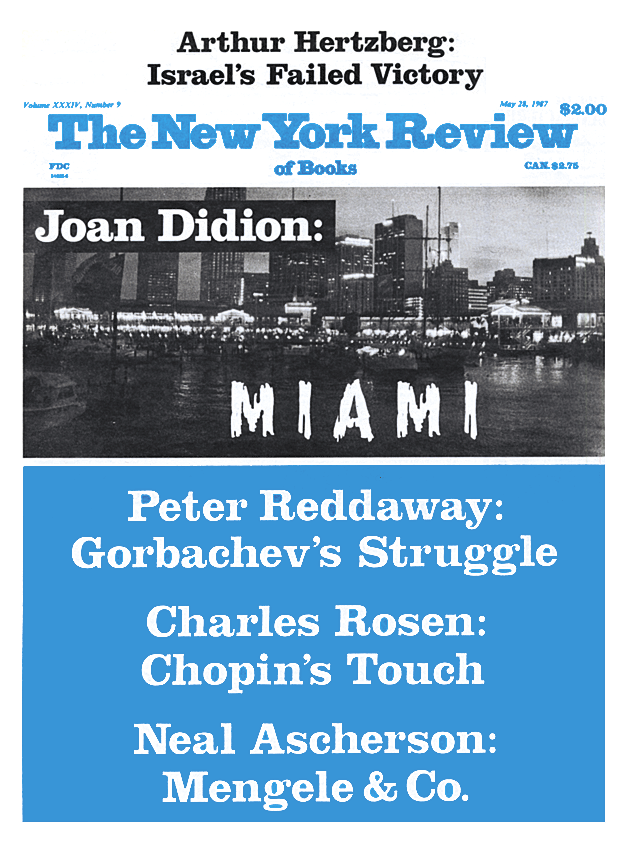