Simferopol, capital of Crimea, is a sprawling, dusty town on the shores of the Black Sea. On the square in front of the Supreme Soviet, overgrown with weeds, are scattered small open tents, rickety shacks, and tables piled with books, brochures, leaflets, and petitions that are handed out by middle-aged and elderly men and women. There are slogans everywhere, on placards, ragged banners, and pieces of paper tacked to trees, or plastered on the low wall surrounding the parliament. CRIMEA IS NOT A COLONY! one reads. CRIMEANS ARE NOT ‘KHOLOPY’ (a derogatory term for Ukrainians) reads another. HANDS OFF CRIMEA!

The men and women gathered in small clusters around the square are the activists of the RDK, the Republican Movement of Crimea, which was organized following the Ukrainian Supreme Soviet’s declaration of independence on August 24, 1991. It has been agitating for Crimean independence “in union with other states.” By early summer a petition for a referendum on this question was signed by over 250,000 people out of Crimea’s population of some two million, 70,000 more than are required.

The Crimean peninsula had never been truly independent. For several centuries it was under the rule of Tatar Khans; it was then taken over by the Ottoman Empire, and conquered and annexed by Russia in 1783. In early 1921, it became an “autonomous republic” within the Russian Federated Republic. In 1945, after Stalin deported the entire Tatar population (about 200,000) to Central Asia on the spurious grounds of collaboration with the Nazis, during which it is estimated that over 40 percent of the Crimean Tatars lost their lives, the republic became a mere territory, and in 1954 was ceded to Ukraine, presumably to commemorate the Pereiaslav Treaty of 1654, officially described at that time as the “voluntary union of the Russian and Ukrainian peoples.” In 1990 Ukraine’s parliament voted to restore Crimea’s status as an autonomous republic once more.

The people in the square loudly scoff at all Ukrainian claims to the Crimea, whether cultural or political. “Ukrainian language?” one woman said. “An old Slavic dialect, with a Crimean accent—that’s Ukrainian.” Another woman said: “They keep sending us Ukrainian textbooks that no one wants.” An elderly man complained, “And they blame it all on us—on the Moskali” (pejorative for Muscovites).

No one knows how many people are sympathetic to the RDK, but it seems to speak for many of the Russians who make up the majority of Crimea’s population, and for some Ukrainians who speak little or no Ukrainian. A young Ukrainian journalist tells me that the RDK is financed by Russian commercial enterprises; others said it had support from people close to the Russian government.

I met the RDK’s leader, Yuri Meshkov, a man in his mid-forties, at his party’s headquarters, a café where a few men and women were silently having tea and almond cake. He said he favored a referendum to decide Crimea’s status: “A referendum is an exercise in democracy,” he says, “and we are a ve-ry democratic movement.” Over the past few weeks, the RDK has been putting forward the novel idea that the Crimeans are a separate nationality. I asked Meshkov whether this is true, but he quickly changed the subject.

The most impressive leader on the peninsula, however, is not Meshkov. Nor is it Nikolai Bagrov, head of the Crimean parliament, an old Party apparatchik and comrade of Kravchuk’s who has tried—not without success—to satisfy the local demands for more autonomy (though not independence) while keeping on the good side of his friend in Kiev. It is Mustafa Dzhemilev, the moral and political leader of the Crimean Tatars, a soft-spoken man of nearly fifty, who has led the Crimean Tatar movement since the 1960s, and during the past few years has organized the return of perhaps 200,000 Crimean Tatars to their ancestral land from their exile throughout the former USSR. Dzhemilev spent thirteen years in Soviet camps. A believer in nonviolence, he was close to Andrei Sakharov, who defended the Crimean Tatar cause passionately.

The Crimean Tatars are the only people native to Crimea, Dzhemilev told me. Another 100,000 are still expected to return—despite harassment from Crimean authorities. Nikolai Bagrov, for instance, banned demonstrations on May 18, the anniversary of the mass deportations. There are no roads in regions where many of the industrious and skilled Tatars have been living for the past few years, and they are unable to send their children to school; neither water nor electricity has been provided for them, but they continue to build their own houses. “Why should the same apparatchiki who persecuted us in the past now be expected to act differently?” Dzhemilev said. “The result is that we have the highest infant mortality rate and one of the highest epidemic rates in the country.”

This year Kravchuk appropriated 7 billion rubles for a committee to “help deported nations,” a category that includes Greeks and others who have been exiled from their homeland, though in far smaller numbers than Tatars. “It sounds good,” said Dzhemilev, “except that with Bagrov in charge, the funds go to the Council of Ministers, which distributes them as they see fit, and not to people who really need them. Also, much of the money is siphoned off by criminals. They say they’ll build roads and never do—and we have no way of defending ourselves from them.” A few weeks later the Assembly of Crimean Tatars asked for an investigation of the Committee’s activities.

Dzhemilev wants national territorial autonomy for the Crimean Tatars to be achieved through a new bicameral Crimean legislature, one chamber of which would represent Crimea’s nationalities. Only then would Tatar interests be safeguarded. Dzhemilev has urged young Tatars not to allow themselves to be drafted into the Ukrainian army, on the grounds that they lack genuine representation.

On June 30, after long deliberations, the Ukrainian parliament passed a law granting the autonomous region of Crimea property rights to all the land and natural resources on its own territory. Crimeans will now have Crimean as well as Ukrainian citizenship. This was a victory for most residents of Crimea. The referendum on Crimea’s independence, on the other hand, was indefinitely suspended—though the Crimean legislature said this did not mean a referendum would not take place. The demands of the Crimean Tatars for their autonomy and fair treatment have not been met. 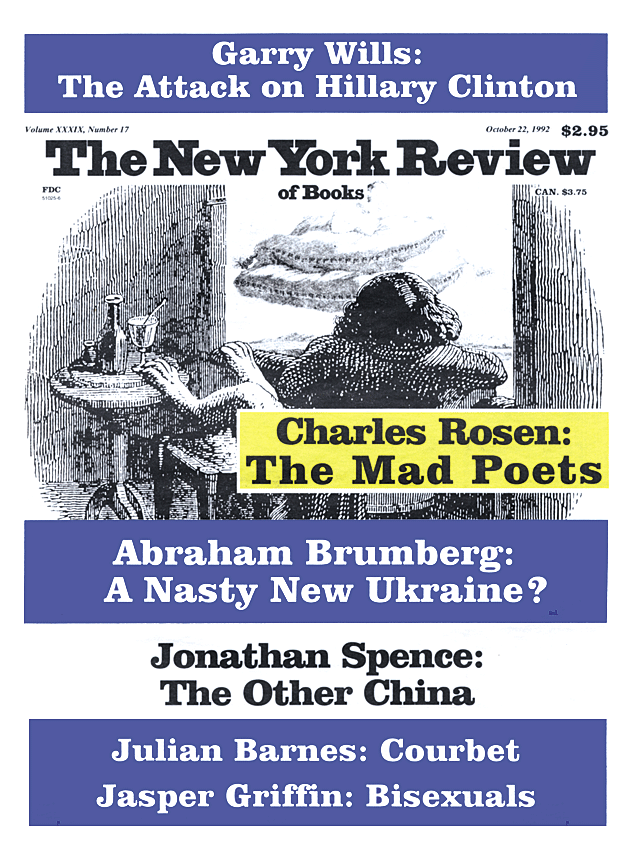 ‘Struggle for the Kremlin’: An Exchange

‘Struggle for the Kremlin’: An Exchange

Abraham Brumberg (1926–2008) was an essayist, editor and translator. His memoir, Journey Through Vanishing Worlds, was published by New Academia in 2007.