Muriel Spark’s new novel is her twentieth, and very short. It ends on page 160, which is a slight cheat on the publisher’s part, because every chapter ending on a right-hand page is followed by a blank one. Still, it enhances the elegant look of the book and so matches Spark’s own habitual and idiosyncratic elegance of writing. This combines grand seigneurial lavishness with the delicate economy associated with the city of her birth, Edinburgh, where her famous heroine, Miss Jean Brodie, taught in a school modeled on the one Spark herself attended.

If the obvious economy of Reality and Dreams lies in its brevity—short book, short scenes, short sentences—its lavishness lies in the plot. This centers on a film director called Tom, and crams in two accidents, one of them fatal, two attempted murders (of Tom), an extraordinary number of amorous alignments and realignments, and—very hard to swallow, this—the casting by Tom of his sociologist daughter Marigold as a male Celt in a film set in Roman Britain.

Marigold is Tom’s child by his present wife, Claire. He has another daughter, by his first marriage, who is called Cora. Cora is beautiful, charming, and kind. Marigold is disagreeable; nobody can stand her. She is writing a book on a highly topical subject: Shock and Despair: A Study of Redundancy Today. She herself is a redundant wife because her husband has turned himself into a travel writer in order to get away from her as much as possible. Cora’s husband, on the other hand, is more conventionally redundant, having lost his job with a paint manufacturing firm, and Marigold’s other brother-in-law has been laid off by the electronics company he worked for. Minor characters throughout the novel reflect more or less gloomily on their redundancy problems, which include male impotence. Marigold’s chief interest is not redundancy but murder: the attempts on her father’s life were made at her instigation. Why?

Well, Marigold has always been “simply a natural disaster.” Her parents “tended at first to blame themselves. But they were in no wise to blame.” Evil to Spark is a fact with no ascertainable causes, part of God’s inscrutable design. This makes a good basis for a thriller, where motives—i.e., the causes of effects—have to remain hidden for as long as possible. But too much fortuity can turn into shambles. The dust jacket quotes the novelist William Boyd’s declaration that “Summaries of Muriel Spark’s novels do them a disservice.” I shall cling to that. I admire her writing and should hate to do her a disservice. Still, reading Reality and Dreams felt like doing one of those children’s drawing games where you have to join up numbers scattered, apparently at random, over a blank page. You end up with the picture of a teddy bear or a bunny.

In the novel you end up with a thriller-cum-whodunit whose characters are about as emotionally engaging as the numbers in the drawing game. Or as chessmen: each one has just sufficient characteristics to be a knight or a bishop and to play out his or her role in the plot. They have no past, no background, and no psychological history to explain how they got to be the way they are. For some time Spark has been paring down her books to be less and less like conventional novels, and more and more like Biblical parables (but with jokes). Many of her admirers—soppily, she might think—deplore this: they loved the wonderfully appealing, quirky, and multifaceted characters of her earlier novels like The Prime of Miss Jean Brodie, The Girls of Slender Means, and Memento Mori. The new severe economy produces a disconcerting sense of randomness; but that is surely a deliberate effect, since randomness is a theme central to Reality and Dreams.

The story begins with Tom drifting in and out of consciousness in a hospital bed after breaking a hip and twelve ribs by falling from his director’s crane onto the set. Spark has always been partial to tough and witty nuns, and the hospital setting gives her an opportunity to slip in Sister Felicitas, who comes to take a sample of Tom’s blood.

“They took my blood already,” he said.

“That was your urine.”

“What are you going to do with my blood?”

Spark likes to demonstrate that caring for people and good works generally are not to be associated with a soft heart or lack of wits. Her novels have a theological skeleton to sustain them. She is a practicing Catholic and a convert, and if she has a favorite saint it is likely to be Saint Teresa—not the Little Flower of Lisieux, but the managerial intellectual of Avila. My guidebook to Spain says that the Spanish Teresa started a band in her convent with herself on the drums. It sounds like an episode from Spark’s surreal slapstick thriller The Abbess of Crewe—a replay of Watergate in a convent setting.

Reality and Dreams opens with a promise of eschatological discussion: “He [i.e., Tom] often wondered if we were all characters in one of God’s dreams.” The words are repeated on page 63, and the paragraph there continues:

To an unbeliever this would have been the casting of an insubstantiality within an already insubstantial context. Tom was a believer. He meant the very opposite. Our dreams, yes, are insubstantial; the dreams of God, no. They are real, frighteningly real. They bulge with flesh, they drip with blood. My own dreams, said Tom to himself, are shadows, my arguments—all shadows.

The metaphor by which film director=God is almost too obvious. “Yes,” Tom thinks, “I did feel like God up on that crane. It was wonderful to shout orders through the amplifier and like God watch the team down there group and re-group as bidden.” Spark has always been interested in the arbitrariness of God—two of her novels are about Job, toward whom God’s behavior can seem both arbitrary and cruel. Tom is not cruel, but he has an arbitrary view of other people—de haut en bas, like the view from a crane or from God’s angle. At best, they are inspirations—take-off points—for film characters imagined by him. They have no identity until he gives them one.

For instance, the film he was making when he fell is about a girl he once glimpsed for a moment as she was frying hamburgers on a French camping site. He knows nothing about her; as far as he is concerned, she doesn’t exist. But he is going to make her exist, by giving her a story. The story he invents is that someone like him, only richer, a millionaire, sees her making hamburgers as he did, and anonymously settles a few millions on her. What will she do with the money? Tom is not a millionaire, but his American wife, Claire, is, and in his delirium at the beginning of the novel he confuses life and art, or reality and dreams, and imagines killing Claire in order to give her money to the girl in his film, whom he has decided to call Jeanne.

It isn’t that he has fallen in love with the hamburger girl; she isn’t even particularly attractive: it’s just for the scenario. For Tom writes his own scripts: he is not just a director, but an auteur—one stage nearer to divinity. When his delirium passes, so does the idea of murdering Claire. What he doesn’t know is that meanwhile Marigold, for no evident reason, is planning to murder him. Though serially unfaithful, he is fond of his wife (who also takes casual lovers). Insofar as this ultra-cool novel has someone for the reader to get attached to, it is Claire. She is in her fifties, good-looking, dressed in Chanel, well-behaved, kind, and not vengeful. She spends a lot of time at her desk dealing with the paperwork involved in giving large sums of money to charity. She fits what I guess to be Spark’s idea of a good woman, even a good Christian. Spark has nothing against money; it doesn’t disqualify its owners from getting through the needle’s eye. Rich Harvey in The Only Problem, rich Maggie in The Takeover, and Claire are as virtuous as Spark allows her characters to get. In her last paragraph, she sounds uncharacteristically tremulous about Claire: “Claire poured drinks all round. Both Tom and Cora felt her strength and courage sustaining them, here in the tract of no-man’s land between dreams and reality, reality and dreams.” Unfortunately, Claire is too cool and invulnerable for the reader to get really fond of her, and besides, she is never seen in close-up.

So the most endearing figure in Reality and Dreams has to be a second-generation West Indian taxi driver called Dave. Dave is a Christian too, not a Catholic, but a member of an evangelical Protestant sect. When Tom gets better, he hires Dave to drive him around London just because he likes to be on the move. Dave is a sort of chorus, a sympathetic commentator on the problems Tom pours out to him. Tom also keeps repeating to Dave the lines from T.S. Eliot’s “Prufrock”:

Let us go then, you and I,
When the evening is spread out against the sky
Like a patient etherised upon a table;…

“What do you suppose it means?” says Tom.

“I’d say it means that here’s these people going out for a walk in the evening and they’re going to discuss a third person, someone not there. And these two are going to talk about that third person, the patient.”

“Analyse him, take him to bits?”

“Something of that. Don’t you know what it means?”

And that’s it. Cut to another scene. Dave’s interpretation of Eliot’s meaning sounds unconvincing, but given his place in the novel, he is probably meant to have got it right.

However frivolous and even dotty Spark’s novels may seem, however nonchalant her tone, there is something vatic about her writing which forces one to search for meanings. For one thing, both she and her characters are given to authoritative aphorisms: “I don’t believe in convictions,” says Tom, for instance. “They are generally hypocrisy.” The reader sits up. He or she knows from Spark’s autobiography Curriculum Vitae that the real Miss Jean Brodie was called Miss Christina Kay, but Spark is a Miss Jean Brodie too: brisk, brusque, fierce, magisterial, devoted to spreading knowledge and right-thinking convictions, but also pleasure and amusement. Reality and Dreams is thickly sprinkled with smart Dorothy Parkerish gags: “Cora was not a director; she had cast [Johnny] in the role of a husband and he was hopeless at it. In screenplays the husband has a script to go by. Johnny had next to none.” Or, about the star of Tom’s film: “Her performance deteriorated ever more in proportion to the limited time in which Tom was able to maintain a workable erection when he went to bed with her.” There are also lots of jokes, including extended ones like Marigold’s professional acronym-speak: “I hope you have signed on with a B.A. and let them have your C.V. with a claim for A.P.L.”

The humor is unsophisticated, but skillfully deployed, as by a brilliant stand-up comic. This has always been Spark’s line. Last year she gamely published pages from her diary in the on-line magazine Slate. In it she complained that readers always misjudged her age (it is seventy-nine). “Perhaps I write young. I hope I do.” Well, yes. 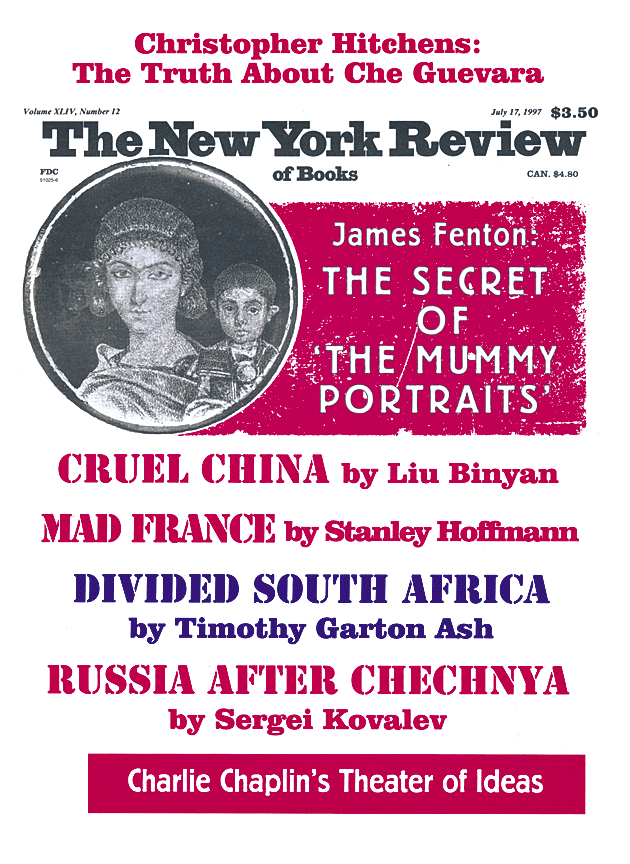