The story of Eclipse follows a bare outline. Its first-person narrator is a world-famous Irish actor. One day—he is in his fifties—he finds himself unable to say his lines on stage and just manages to stagger off. He has felt a nervous collapse brewing for some time. The actor, Alexander Cleave (known as Alex), decides to retreat to the house where he was born and where his widowed mother took in lodgers. It is in a small provincial town, and his wife, Lydia, drives him there from their posh seaside house a few hours away, presumably just outside Dublin. They quarrel (they often do); she is miserable and disagreeable, and that afternoon she packs up and leaves. Later on in the story, she returns.

The house is haunted. Alex senses—almost, but not quite, sees—the presence of a woman and a child. A bit later he discovers two clandestine squatters in residence as well. One is Quirke, a middle-aged office boy from the local firm of solicitors. He is meant to keep an occasional eye on the property, but has surreptitiously moved in together with his dirty, disgruntled fifteen-year-old daughter, Lily. Alex lets them stay, and, faute de mieux, Lily becomes his housekeeper.

Gradually, Alex begins to develop paternal feelings toward her. His real daughter, Cass, the only child of his marriage, is in her early twenties. A misfit and a worry, she suffers from epilepsy and a variety of psychological problems besides. At the time of Alex’s collapse she is in Italy, engaged in a piece of literary research. Lydia receives a telephone message that she is about to return. Her parents expect her, but the next message to come says that she has committed suicide by jumping off a cliff into the Mediterranean. She was three months pregnant. Alex and Lydia fly out to collect her coffin, and Alex realizes he has misinterpreted the apparitions: “I was looking into the past, and that was not where those phantoms were from, at all.” They pay him one more visit, only this time the adult ghost is recognizably Cass. The dead daughter and her unborn child are phantoms, not from the past, but from the future.

Alex and Lydia return to their own house, and Alex makes over his mother’s house to Lily, on condition that she will live there and not sell it, and keep a room in it for him to use. And that’s the end.

Reviewing Banville’s previous novel, The Untouchable, in these pages in 1997, John Bayley wrote:

He is not fashionable. Indeed he disregards fashion, even the extent to which most novelists, however independent in their natures and talents, keep an eye on what is “in” or “out,” and are often insensibly influenced by this awareness. He shows no interest in discovering in his fiction who he “really is”; nor does he consciously explore the predicament of a class or a society. Social indignation, or powerful statements about the inner life, are not for him: nor is the fantasy projection of the self that goes with magic realism.

I am not quite sure what Bayley meant by “powerful statements about the inner life”; whatever they are, they sound too generalized to be anything but boring. But The Untouchable—a fictionalized portrait of the British art historian and Soviet spy Anthony Blunt—is a first-person narrative with a highly sophisticated and self-aware narrator: it can’t help exploring his inner life, though that life is too strange and exceptional, too unsuitable for generalization, to be called the inner life—or to be boring.

Alex in Eclipse is also a sophisticated man. In the aftermath of a nervous breakdown he is almost bound to be obsessed with his inner life; and so he is, retracing and analyzing his past like any other modern fictional hero. He begins with his on-stage collapse:

Nothing in the theatre is as horribly thrilling as the moment when an actor dries. My mind was whirling and flailing like the broken belt of a runaway engine. I had not forgotten my lines—in fact, I could see them clearly before me, as if written on a prompt card—only I could not speak them.

In a rueful, gently humorous passage, he recalls what seemed a useless visit to a psychotherapist:

I think of him with nostalgia, almost with a sense of loss. Perhaps he did help me, without my realising it. The silence in that room of his was like a balm. I wrote to Cass and told her about him. It was a kind of confession, ill-masked with facetious humour; a kind of apology, too, as I took my place shamefacedly in the lower ranks of the high consistory of which she was an adept of long standing.

He recalls other episodes in his life: a brief affair with an older woman when he was very young; before that, an infatuation with a dim, ungainly boy who, with his mother, lodged for a while in Alex’s mother’s boarding-house; and further back still, when his father was still alive, his chilly, egocentric take on his own parents:

…turning to grey stone as the days rose and fell, each new day indistinguishable from the one that had gone before, slow grains accumulating, becoming the years. As a child I took it that when the time came for me to leave they would stand back, two humble caryatids holding up the portal to my future, watching patiently, in uncomplaining puzzlement, as I strode away from them with hardly a backward glance, each league that I covered making me not smaller but steadily more vast, their overgrown, incomprehensible son. When they died I did not grieve for them. And so I ask myself, are these hauntings now their revenge, a forcing on me of some part of a lost life I did not attend to properly when I had the chance? Are they demanding the due of mourning that I did not pay? For there is a sense of sorrow here, and of regret; of promises unkept, of promise unfulfilled.

Eclipse is a ghost story. Ghost stories are still quite “fashionable”; and serious modern ghost stories—at least since Henry James’s day, though not, perhaps, in M.R. James’s case—usually have psychological underpinnings. Banville provides them.

About two thirds of the way through this very short novel, Lydia returns: she wants to know whether Alex has decided to leave her for good. She gets no answer, and her irritating habits, present and remembered, come to seem more invasive to him than ever. All the same, although they quarrel as they always have, Alex and Lydia have sex, and they are still together at the end of the story. After Lydia’s return, though, the ghosts stop appearing (until the extraordinary finale, that is), and Alex misses them:

Why have they deserted me and left this air of accusation behind them, as if it were I who had exorcised them, instead of, as it feels to me, the other way about? I know, I know, I let others in, first the Quirkes, now Lydia, but what of it? These interlopers are merely the living, while what we shared was a communion of the dead. For I have died, that is what has happened to me, I have just this moment realised it. The living are only a species of the dead, someone has written somewhere, and a rare species, at that. I believe it. Come back, sweet shades! come back.

The passage has a wonderfully poetic rhythm to it, but it is also a convincing insight into a nervous breakdown. The final invocation with its Shakespearean ring may sound a bit over the top; but Alex is an actor after all, and he might well go on like that. He does it again—perhaps Banville should not have let him—in the two-line final paragraph of the novel: “Blossom, speed thee well. The budis in flower. Things can go wrong. My Marina, my Miranda, oh, my Perdita.”

Eclipse is about fathers and daughters. One of the squabbles between Alex and Lydia stems from his conviction that Cass was always closer to him than to her mother, and it annoys him that Lydia was the one to receive her messages at their house near Dublin. Lydia has to point out that he had torn out the telephone in his mother’s house. But anyway, the roll call of Shakespearean daughters should also include Ophelia: there is a moment when Alex thinks back to Cass as a little girl, lying on her bed after her first epileptic fit, “her hands clutching mine, and it was as if I were letting her sink into some dark deep pool, under a willow….”

What is unusual—defiantly, and therefore perhaps gloriously so, as John Bayley implied—about Banville’s fiction is the prose itself: poetic, sensuous, revelatory. He appears to be in love with writing, not ashamed of it, not afraid of overdoing it, not cool at all. Sometimes he hits the unforeseeable right word: “A little brown stream squirmed along under a hawthorn hedge.” But his specialty is letting the reader squirm along with him, rhythmically groping toward the right words for a recognizable but possibly never before recognized experience. There is a feeling of revelation and triumph when you arrive:

It was that torpid hour of afternoon in summer when all falls silent and even the birds cease their twitterings. At such a time, in such a place, a man might lose his grip on all that he is. As I stood there in the stillness I became aware of an almost imperceptible sound, a sort of attenuated, smoothed-out warbling. It puzzled me, until I realised that what I was hearing was simply the noise of the world, the medleyed voice of everything in the world, just going on….

This passage comes at the end of a walk Alex takes to the seashore—almost the first outing he has ventured on since he came back to his childhood home. The expedition is full of disturbing incidents—or so they seem to Alex in his disoriented state of mind. He sees a seagull apparently mourning over a fledgling that has broken its neck; then what appears to be a sea monster or even Neptune rising from the waves, but turns out to be a man in diving gear. He broods about his breakdown and about various distressing incidents when Cass was little. And then—in “that torpid hour”—a kind of peace falls upon him (and the reader), emanating from the rhythm of Banville’s prose.

But Banville can be sharp and terse, too, with his insights: “I suspect I am coming more and more to look like my father…. It is a parent’s posthumous revenge, the legacy of increasing resemblance.” A touch of La Rochefoucauld, but that’s not particularly fashionable either: too authoritative.

Banville’s fin de siècle–ish rapture with words is positively provocative; but you also sense a stern intellectual authority reigning it in, or at least trying to. Maybe it’s the tension between these two aspects of his writing that makes it so pleasurable. The only way he really goes too far, though, is in his addiction to the “a-” prefix: he has “ahang” (Alex’s head); “atremble” (Cass after a seizure); “abulge” (Lily’s eyes); “agleam” (the hairs on her arm); and “aglisten” (a plate of Spam).

You could read Eclipse as an allegorical fairy tale about poetry and prose: Alex and Cass are poetry (classical and romantic); Lydia and Quirke are prose. And Lily, anarchic, repellent, but sporadically appealing too, is a female troll from Grimm’s fairy tales; or, more likely, an Irish leprechaun. 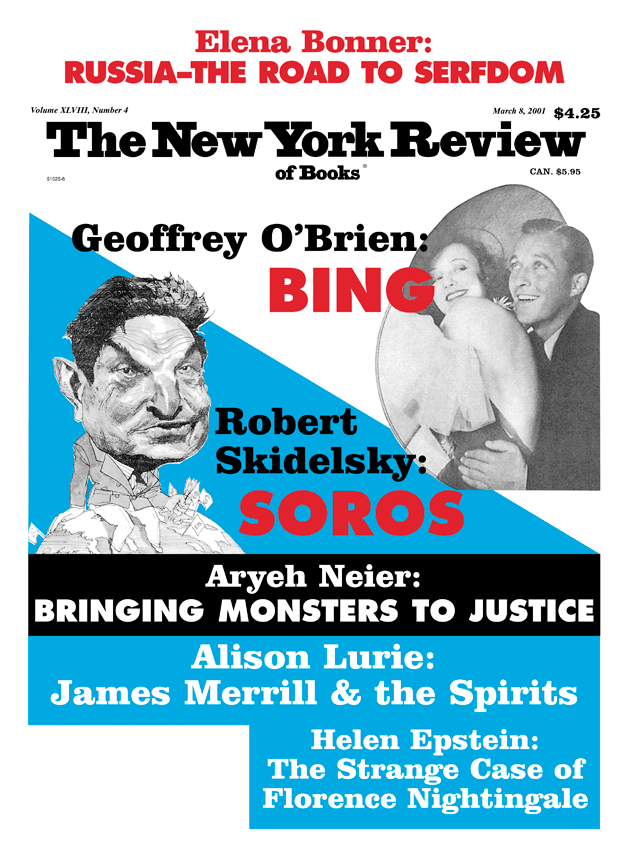