NYR readers may be interested in the following statement, issued in Key West, Florida.

We the poets and writers of the 21st Key West Literary Seminar urge the United States administration not to engage in an aggressive first strike against Iraq. Such a war would be unjust and result in the murder of innocents. We further urge the United States administration to work toward the establishment of an independent Palestinian state, because only this will generate justice in the Middle East and stability in the world. 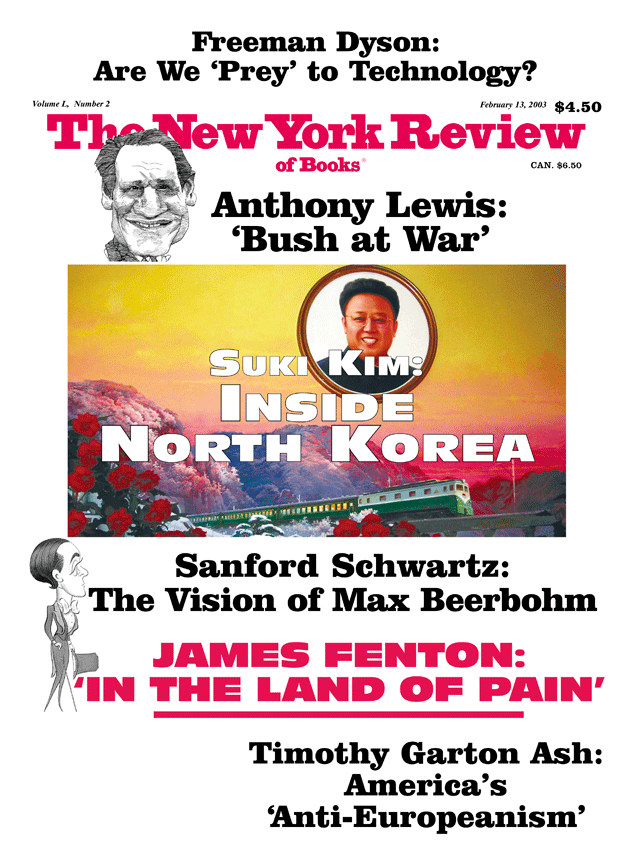 On Being Awarded the Pulitzer Prize

An Opportunity for Palestinians?