I read Stanley Hoffmann’s recent article “Out of Iraq” [NYR, October 21] with dismay, as it seemed to echo Republican partisan attacks on John Kerry, albeit from a left-liberal perspective, while offering a wrongheaded solution for the Iraq crisis.

Hoffmann takes Kerry to task for asserting that “knowing what we know now,” he would still have voted as he had to support the resolution empowering the President to go to war. Kerry made this assertion, however, in order to underscore that he had voted for the authority to go to war and not per se for the war that Bush declared nor the way in which he chose to fight it, a very crucial distinction that Republicans have muddled demagogically throughout the campaign.

Hoffmann asserts further that Kerry is unrealistic to claim that he can bring our traditional allies on board in a way Bush has not. Many of the NATO allies may already be a part of the “coalition of the willing,” but surely Kerry would be better positioned to persuade them to increase their commitments, particularly if France and Russia could be cajoled into joining. France and Russia opposed the war because they had had economic interests in Iraq that Bush had refused to accommodate, and he persisted in this error by excluding them from reconstruction efforts, as Kerry has pointed out. Kerry would accommodate them, and they would join, because all have an interest in stabilizing Iraq.

This stability can now only be achieved if the occupation, rather than ending, becomes better organized and the war against the insurgency prosecuted with even greater vigor, as Kerry has promised. Kerry may be expected to increase the training of Iraqi forces, in preparation for the day when they can assume the burden of their own national security. But the job of defeating the insurgency must be the primary task of a rejuvenated international coalition. Once stability has been reestablished, only then, Kerry has clearly emphasized, can one contemplate organizing elections and establishing a legitimate Iraqi government on that basis.

Finally, Hoffmann’s equation of Israel’s occupation of the West Bank with the occupation in Iraq, I found facile and gratuitous. The occupation of the West Bank has become problematic for Israel, because all are aware that whatever its security concerns, the Palestinians still have legitimate grievances rooted in history that require satisfaction. Is the Iraqi insurgency a comparable national movement, even if one can point to growing Iraqi alienation from US efforts? I don’t think so. If the occupation of Iraq ended now, as Hoffmann proposes, who would win? We would see at minimum the return of the Baathists and more likely the triumph of radical Islamists, who are every day flocking to the insurgency. Can Iraq and the world really afford that? Hoffmann’s prescription is really defeatism masquerading as realism, while Kerry, if elected, will be the reluctant warrior who, better than Bush, can set things right.

Professor Urdank is wrong in attributing France’s opposition to the invasion of Iraq to economic interests. France would have sent forces if the UN inspectors had been given more time and had concluded that there were indeed weapons of mass destruction that Saddam refused to destroy or hand over.

Like many other writers I respect, such as my friend Michael Ignatieff, or Noah Feldman, Professor Urdank insists that we must restore security in Iraq before we can leave. The point of my article is that our efforts to restore security are only likely to brutalize more Iraqis and to make them either join the insurgents or become hostile to the US. I also have serious doubts about the training of Iraqi forces as long as it remains under our supervision, and about a “rejuvenated international coalition.” I stated that I did believe that a post-election Iraq will need outside help, but that it will not be possible to obtain it as long as it is collected, so to speak, by the US, and under US command and control. To postpone elections until security is restored would only perpetuate the present mess—which a British friend of mine who spent time in a position of responsibility in Iraq compares to the state of nature described by Hobbes.

As long as there is no Iraqi government selected by an elected Iraqi assembly, the UN may well not want to accept the task of supervising an international coalition, and there will be no volunteers for one beyond the present coalition. In that case, unless we make it clear that we shall not stay beyond a definite point, we will remain trapped in a disastrous war, as Mark Danner has pointed out in The New York Review of November 4. This is not defeatism masquerading as realism; it is realism without illusions. Nor will countries like France and Germany participate in reconstruction efforts as long as insecurity is as widespread as it is now. There is nothing the US can do, short of exterminating or exiling them, about preventing in the long run a return of the Baathists: this is a task only the Iraqis can perform. As for the triumph of radical Islamists, it is our presence and our attempts at regaining military control that make it more likely—in Iraq and throughout Islam. In Iraq as in the Palestinian territories, occupation breeds humiliation, resistance, and violence. For the US in Iraq the invasion has left us only with a choice between the bad and the worse. 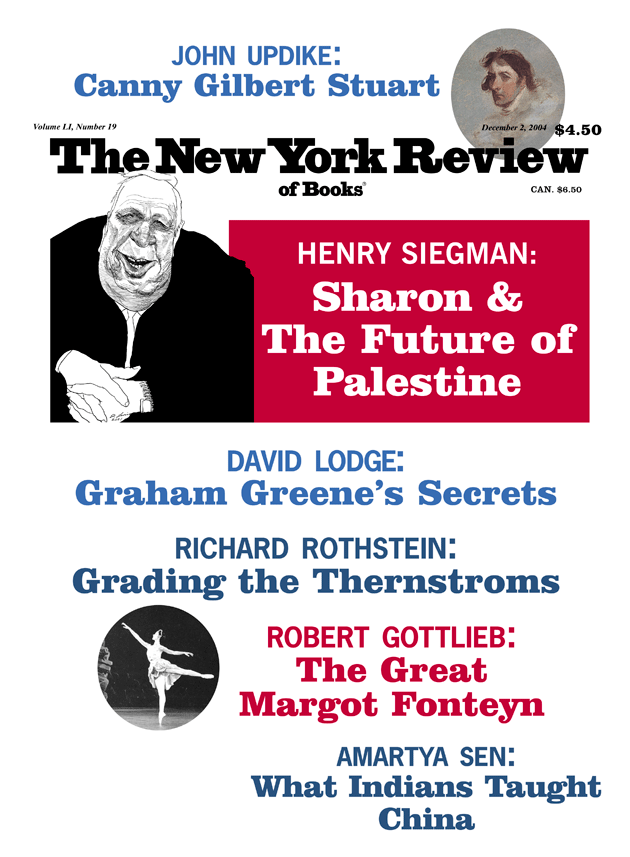 Iraq: The Economic Consequences of War

Is This a ‘Victory’?

‘The True History of the Gulf War’: An Exchange