The cloud-gatherer Zeus issued this message today through his public relations team of rustling oak trees:

I came of agelessness just after heaven and earth were formed, when there weren’t many rules yet about behavior, since I’d hardly made any. If someone broke an oath, I threw a thunderbolt—that was one of the few. Nor was there any “workplace culture” on Olympus to speak of. That’s no excuse, I know now. I will leave it for others to judge whether the fact that my father cut off my grandfather’s genitals and flung them into the ocean and ate all my siblings makes any difference. One way or another, clearly I have needed to channel some kind of insecurity, and over the last few weeks I’ve asked Athena to put together a phalanx of gods and mortals to help me wrestle with those demons that come with the territory of being able to mess with everything at will. It doesn’t happen overnight.

But let me address the stories told to the media by four brave women named Leda, Io, Europa, and Danaë, who felt able to name themselves, if not those accusations leveled by Leto, Demeter, Thetis, Mnemosyne, and the hundreds of others who preferred to remain anonymous—smart women and good lays all, for whom I have nothing but the utmost respect. As for Ganymede, he will confirm that I have already made him whole for his “cup-bearing.” We remain friendly.

These stories are true. At the time, I told myself that because I always asked first before blinding a woman with the sight of my full splendor as Lord of the Sky, it was OK. Yesterday I learned otherwise. We will all be sitting down soon with the Furies to see what kinds of remedies are out there.

Leda: I shudder to think that you interpreted the caress of your thighs by my dark swan webs as anything other than a frank infatuation with your intellect. I totally accept that you did not “lead me on” (although even your mother said, “Are you going out like that?”). And if you did somehow understand the consequences of what I thought were shared feelings at the moment I came—the Trojan War, etc.—that didn’t necessarily compensate for your terror and my falling asleep so fast afterward. I get it. “Indifferent beak,” c’est moi.

Io—or “10,” as I used to call you in all genuine affection—I’m mortified to think I wrapped us in a dark cloud in broad daylight without your consent, though it was a pretty standard prank back then, as was turning you into a heifer the second Hera caught wind. Of course I was lying when I told her I’d never seen you before, and naturally she knew you didn’t buy that little bell for yourself. Playing the horndog with one of her own priestesses was inexcusable. Duh. Please do not blame her, therefore, for forcing you to wander the earth forever being stung by a gadfly.

I owe a special apology to Europa, you who so innocently encouraged your young friends to mount my broad, chestnut-bright back, touching in gentle wonder my horns like the crescent moon, breathing in the flowery fragrance of my magic dander as I licked your nut-brown feet. The dolphins, Nereids, and Tritons who appeared to normalize the abduction have been called enablers, but let’s face it, only the bull was at fault there—and I am not that bull. My lawyer wanted to argue that since I’m not, I can’t be held accountable. That sounded right to me, actually, but Chiron put his hoof down. I am on a journey for sure.

And why on earth I imagined I could move on Danaë as a shower of gold coins and get away with it… Yes, they remain a good diversifier to stocks and bonds, but you deserved so much more than a relationship with change. I am really, really sorry.

All that conceded, some of what has been said is plain wrong. For instance, I would never have become a chicken to seduce a woman who had made herself into a rooster when she saw me coming.

As I have admitted, however, there is enough truth in these stories to make me profoundly ashamed. I’ve brought pain to my family, my friends, my gazillions of offspring and their mothers. So after consulting with Edith Hamilton, I have decided to take a leave from rain-making to earn back your trust.

A Cyclops wrote: “I’m not half the man I used to be/There’s a shadow hangin’ over me/Oh I believe in yester-me.” I agree. But while I feel ghastly about those I have hurt, my travels, in whatever guise, have also changed me. I’ve spent time with grieving mothers, with laid-off satyrs whose jobs have gone to other satyrs, and people from all walks of life who just want a better future. I have gotten to know the great people and features of our planet, and I’ve been humbled by the faith they have had no choice but to place in me, given my prerogatives. I’m grateful to have this latest chance, and swear I will not blow the reckoning.

Good night, and good luck with that. 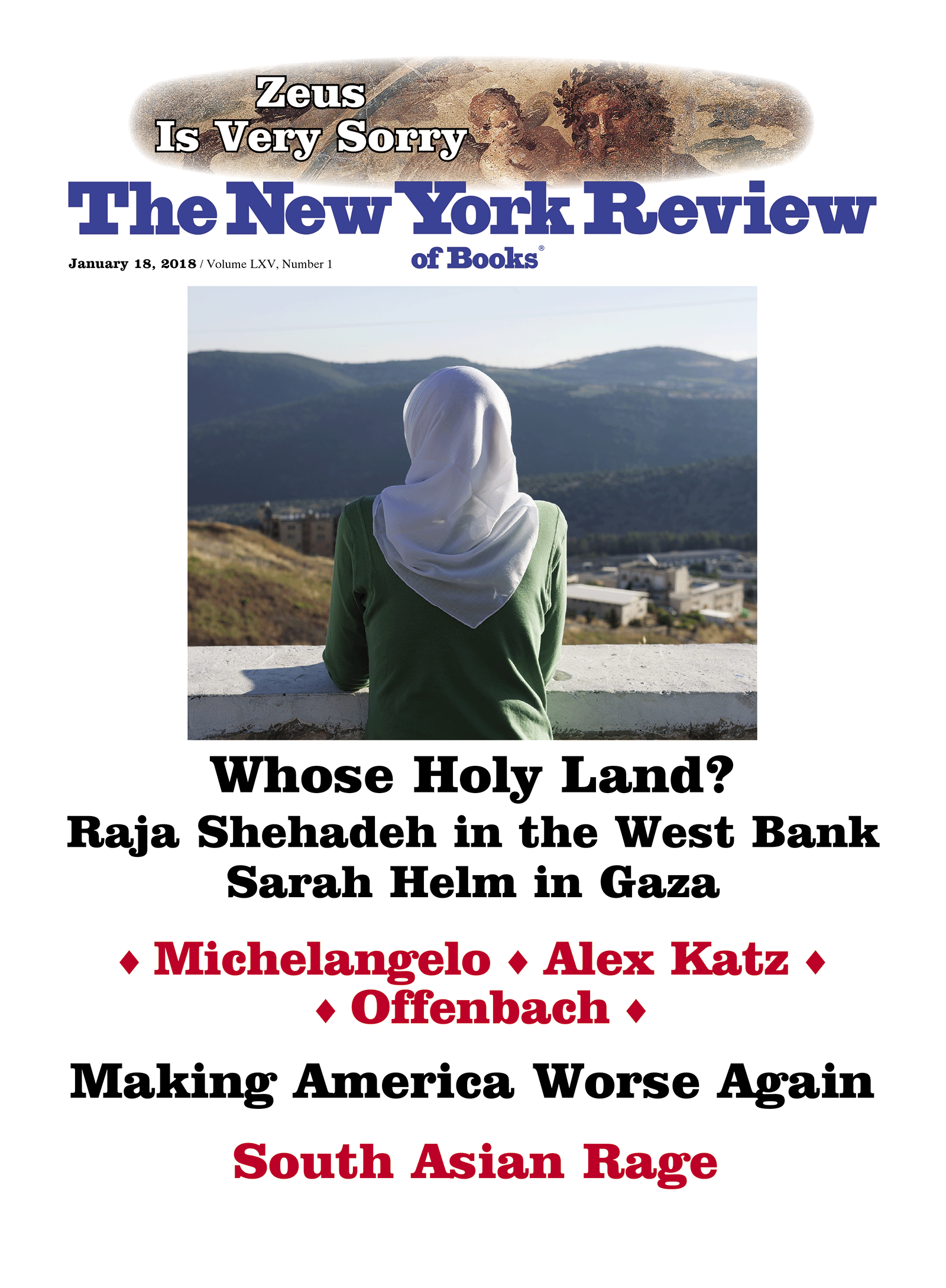 A Message from Your Candidate

None but the Lonely Trout

A Message from Your Candidate

None but the Lonely Trout

Prudence Crowther is on the editorial staff of The New York Review. (November 2022)