We have received an urgent letter from Mrs. Dionysos Karageorgas concerning the appalling health condition of her husband. Karageorgas is an economist educated at the London School of Economics. He returned to Greece in 1964 and held positions at the Center for Economic Research and at the Bank of Greece. He was an adviser to the Ministry of Coordination during the Papandreou government.

He was arrested in 1969 by the Greek junta after a bomb exploded in his hand at his summer residence. He and thirty-four other Greek intellectuals were tried in April 1970 after torture and extended detention. He was given a life sentence.

The junta has, until recently, kept him in a prison in Halikarnassos, Crete, where cold and damp conditions have exacerbated the injuries to his ear and hand sustained in his accident. He now desperately needs specialized treatment to deal with a serious new blow to his health. Mrs. Karageorgas describes the situation:

“(On March 14, 1972) he sustained a partial paralysis (paresis) of the facial nerve which pulled the right side of his face downward. This, according to the hospital doctors and the specialist (Asst. Professor N. Nomikos) who examined him was caused by a swelling of the facial nerve brought about by a more general infection which has started to spread in the area of the right ear. He suffers, since he was wounded, from chronic otitis of the middle ear and has a constant discharge, buzzing in the ear, terrible headaches and vertigo. He has been given treatment with anti-biotics at intervals without having been cured over the past two and a half years. On the contrary, his state is deteriorating continually to a degree which has become most alarming and dangerous after the latest incident.” [He has a broken ear drum (tympanoplastic).]

The junta has made proper treatment of Dr. Karageorgas nearly impossible. He needs a specialist who can treat him in a hospital which has the equipment for the necessary operation. He is now in a cramped and psychologically distressing prison hospital in Athens.

We ask your readers to help him. There are two kinds of action needed. First, we must find a doctor who will telegraph the Greek authorities indicating that he is willing to treat Karageorgas in a hospital with adequate facilities. Second, pressure must be brought to bear on the junta, through letters to US Congressmen about his situation, to permit the operation and treatment. We can supply more documentation on his case if needed.

The Karageorgas family is also in dire need of financial assistance. This can be done through PAK. Our address for North America is PO Box 594, Station Q, Toronto 7, Ontario, Canada.

Please do what you can. This is critical.

Spyros Draenos for the PAK Office 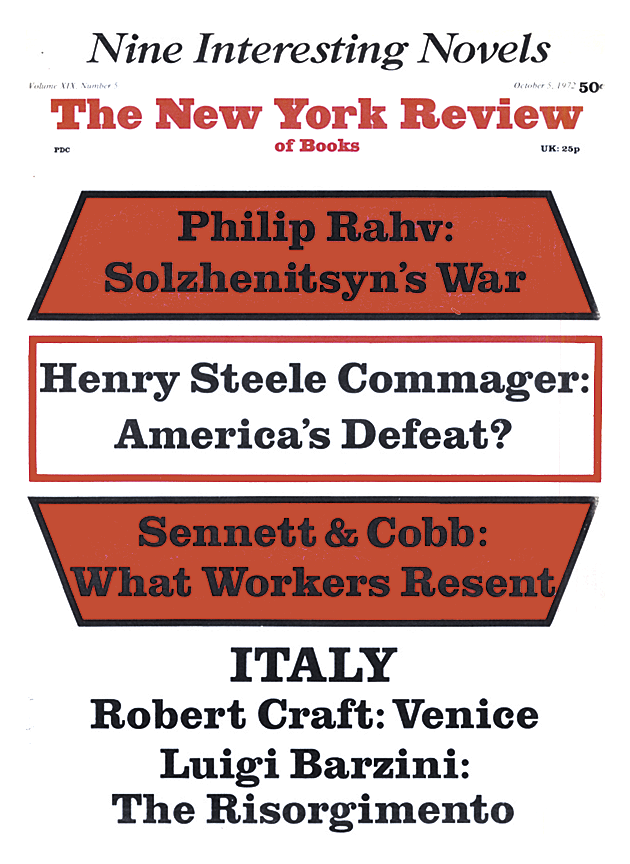 ‘Just Say No’: An Exchange

The Finger and the Ear

One Size Fits All: a Critical Essay

Three Authors in Search of a Proletariat

A Blow Against Sadism