A dispatch from our Art Editor on the art and illustrations in the Review’s November 24 and December 8 issues.

I’m working from my kitchen table in the aftermath of the midterm elections and the run-up to Thanksgiving in the United States. In my peripheral vision, I see my daughter’s cat, Biscuit, jump onto the sofa and curl up on the cushions. As the day progresses the cat spends time on my lap, stares out the window, nestles beside a stack of manuscripts on the table, splays out in front of the radiator, attacks a number of scrunchies, and eventually returns to the couch.

It’s fall, and the temperature has dropped. The cover art of our November 24 issue, a photograph by the Iranian artist Shirana Shahbazi, was a nod to quince season and to Jed Perl’s essay about abstraction and representation in painting. I first saw Shahbazi’s portraits and images of Iran after she won the Citigroup Private Bank Photography Prize in 2002, when she was twenty-seven. Her more recent work has tended toward still lifes and graphic color, but it has the same crisp and jarring qualities as those early pictures. I have always been impressed by her plastic approach—I like when photographers push the medium into different places.

The art in the November 24 issue included three commissioned portraits. The first is a watercolor of a bedroom-eyed John Donne by the London-based painter Lily Snowden-Fine, which illustrates Anahid Nersessian’s review of Katherine Rundell’s new book about the poet, whom Nersessian calls “one of the great poets of sexual intimacy.” The second is a pencil drawing of the writer Hua Hsu by the Belgium-based illustrator Kristina Tzekova for Lucy Sante’s review of Hsu’s memoir, Stay True. Tzekova last did a portrait of Damon Galgut in our pages, and her 2016 polyptych of a deer in the sea appeared on our March 10 cover. The third, by the Israeli illustrator Ruth Gwily, is of the Icelandic Nobel Prize winner Halldór Laxness, whose books Salka Valka and Independent People were recently translated into English and were reviewed by Ruth Margalit. Gwily most recently drew the Mexican novelist Sergio Pitol for our summer issue.

Finally, I contributed to the issue a portrait of Hilary Mantel, which I painted shortly after she died in September, to accompany Jenny Uglow’s tender appreciation of Mantel’s life and work.

We were a bit stumped at first as to how to illustrate David Cole’s review of two books about constitutional interpretation. I looked at work about distortion, evolution, and fragmentation, and finally I resorted to the library of metaphor on Geoff McFetridge’s Instagram and found a sketch from 2019 that fit the bill. 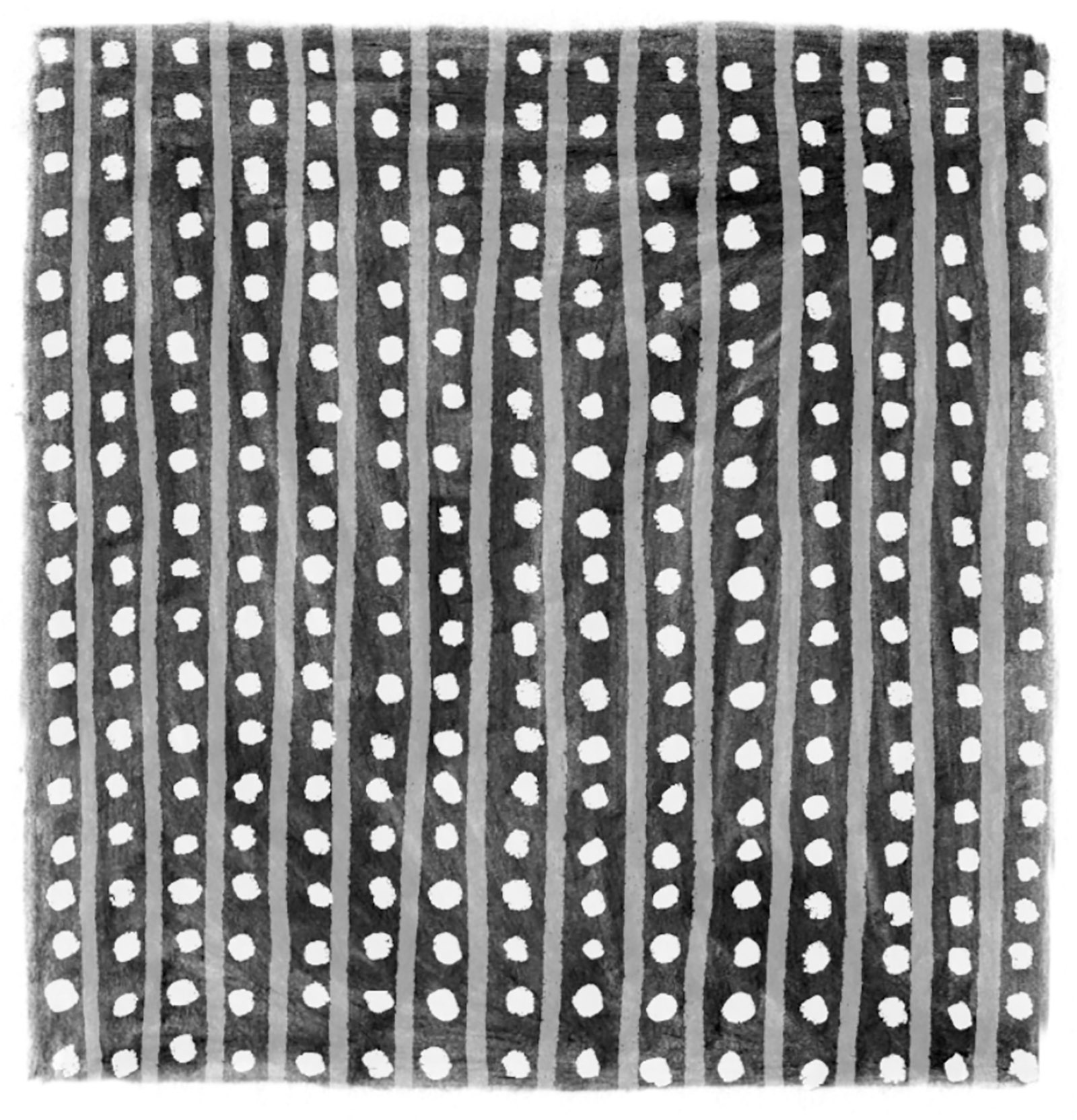 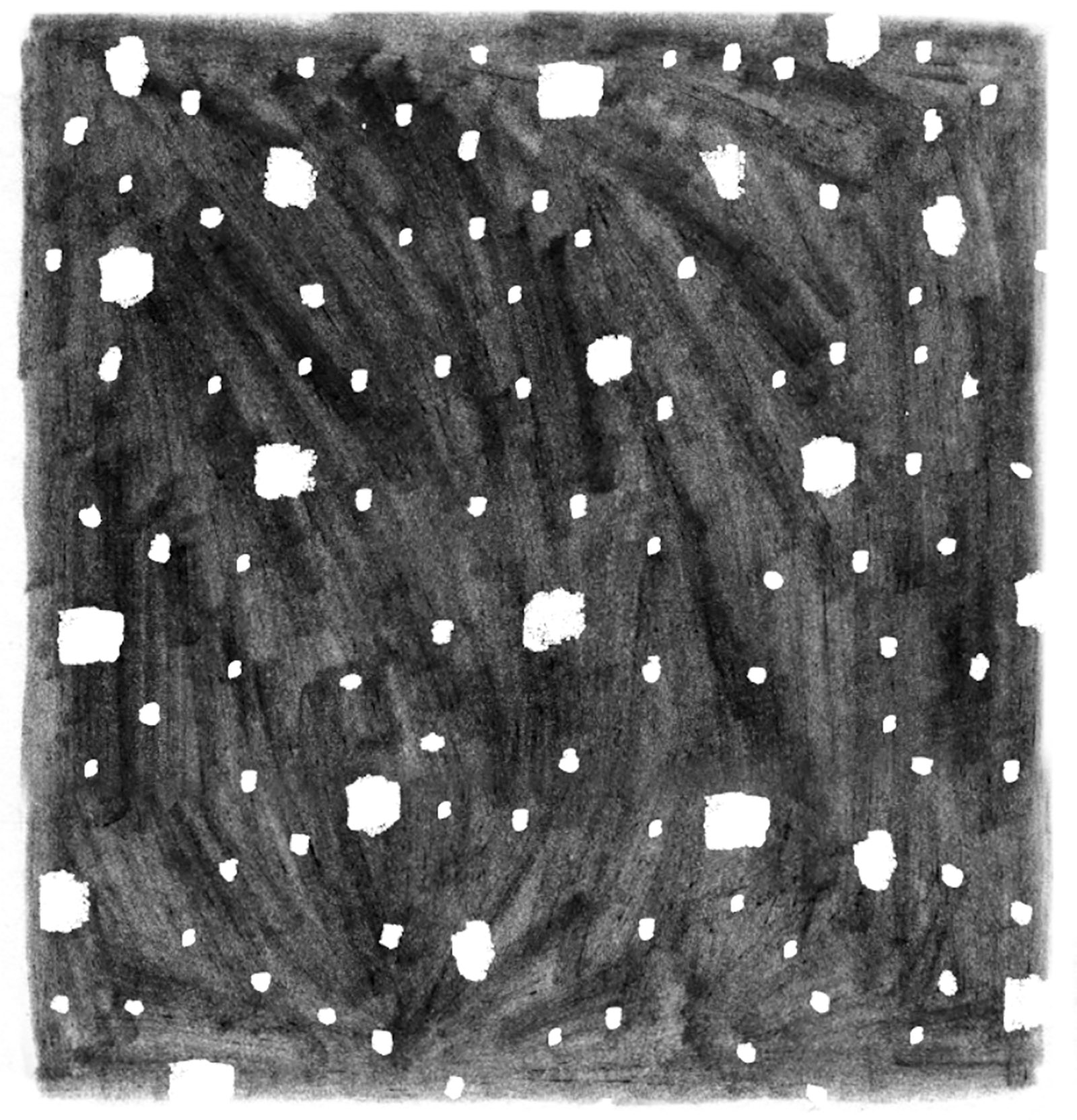 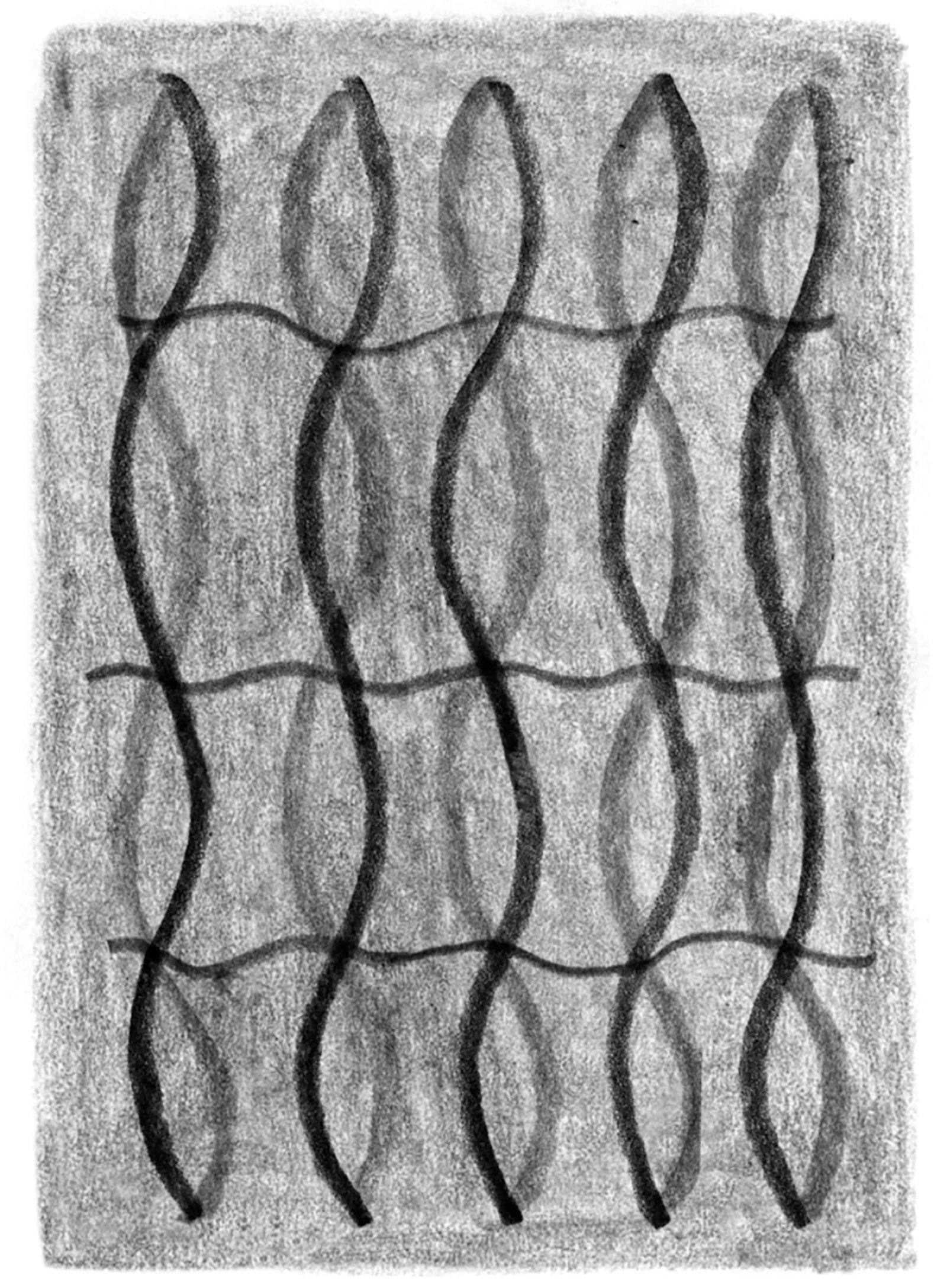 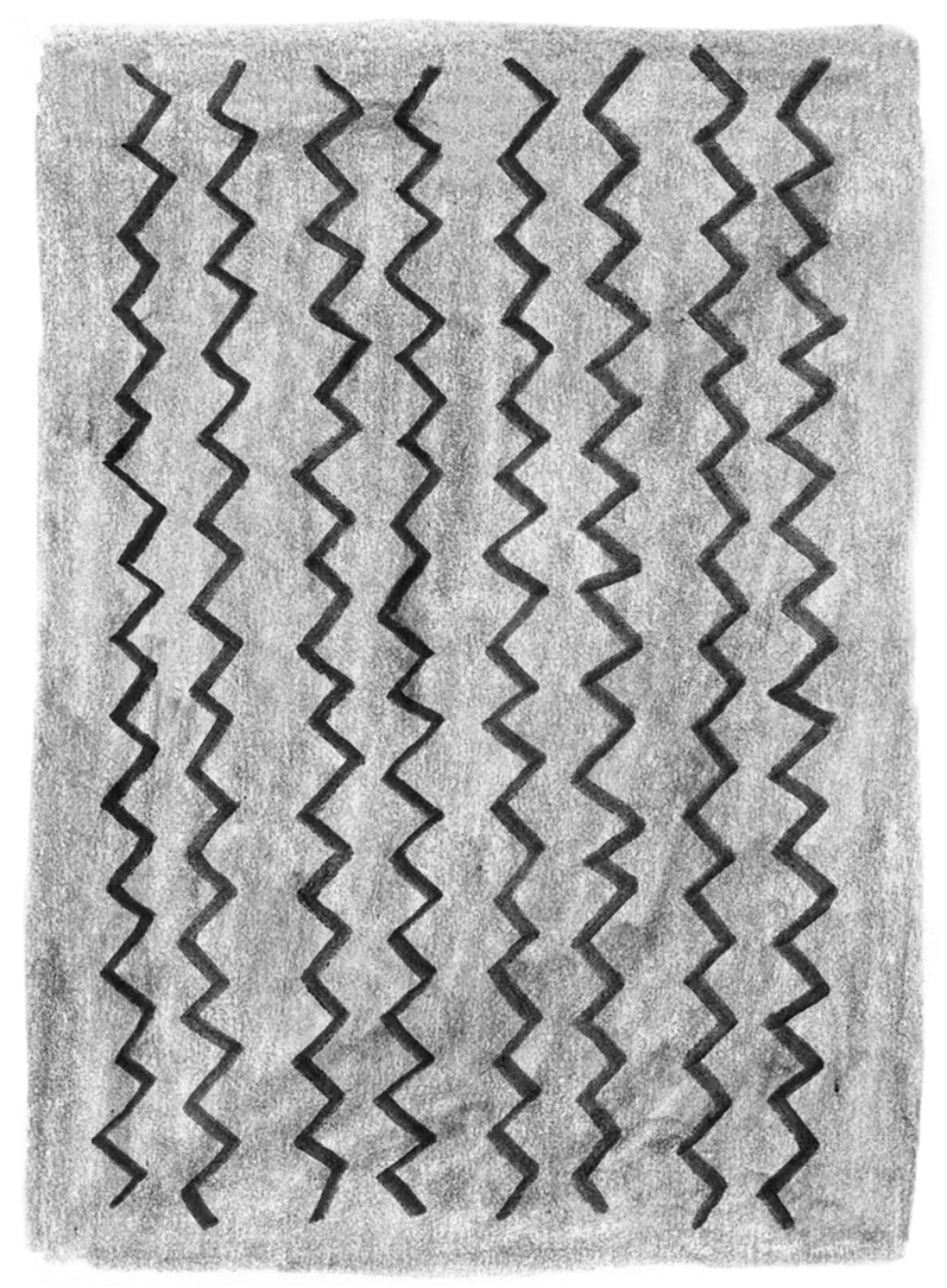 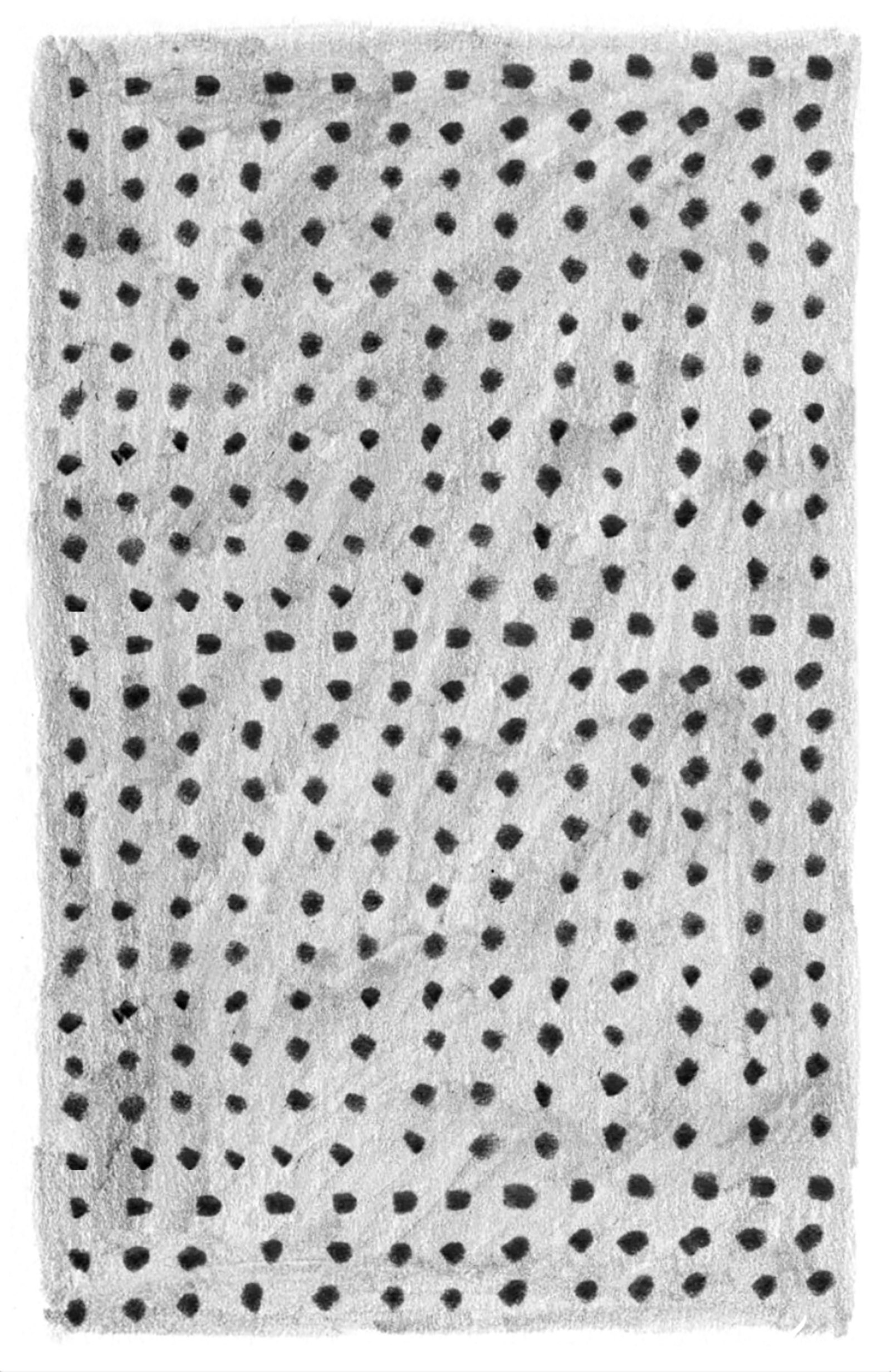 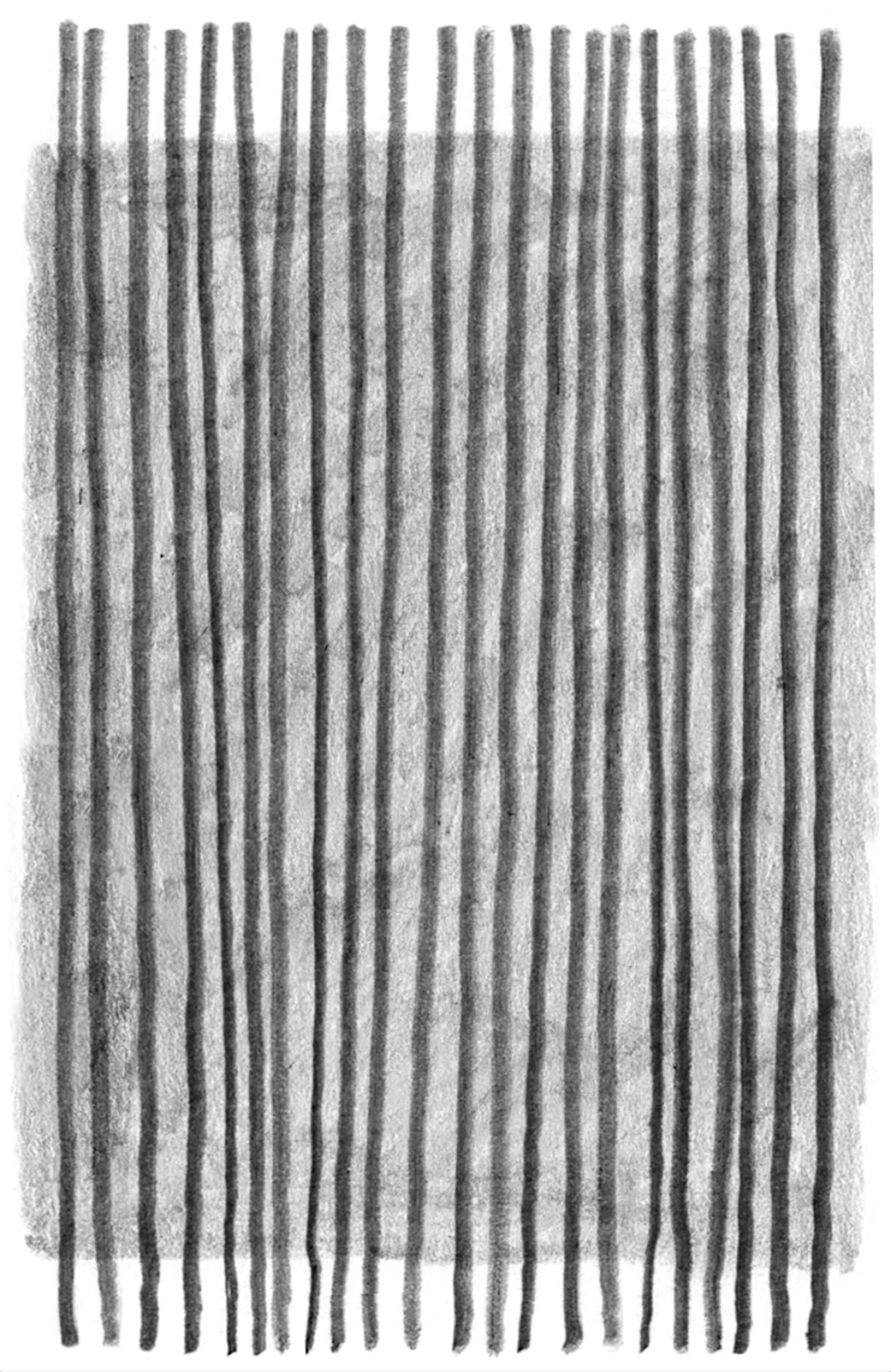 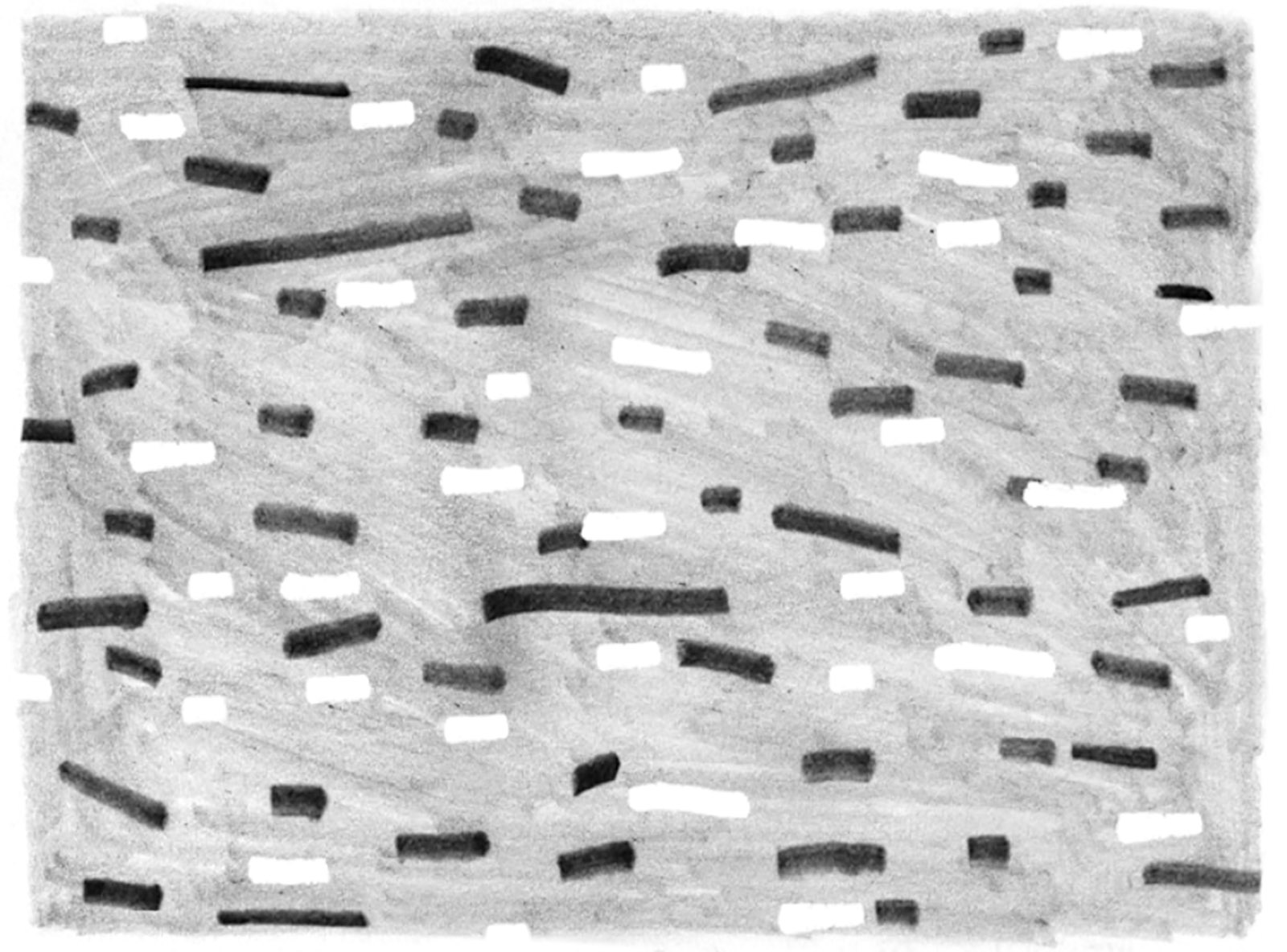 We first published her work in our February 10 issue, a painting of a single spinach tortellino that illustrated a Gavin Francis piece on the prostate. One of her shell pasta paintings also accompanied Daniel Immerwahr’s article about Odesa and wheat in our August 18 issue. For her series art, though, Rachel gave us a selection of monochrome drawings of rugs.

Our December 8 cover is by the Finnish-born painter Henni Alftan. It’s one half of a diptych: tiptoeing feet, first stockinged, then shod in heels. We landed on the image after considering the depth in details, a theme that Edward Mendelson writes about in his review of two new editions of Virginia Woolf’s Mrs. Dalloway, as well as Audrey Wollen’s review of the novels of Fleur Jaeggy, in which she discusses the Swiss author’s attention to clothing.

Inside the issue, there’s a strangely intimate and confrontational photo of Woolf by the great German-French photographer Gisèle Freund. The illustration of Jaeggy is by Juman Malouf, who has done portraits for the Review of Jaqueline Harpman and Forough Farrokhzad. I love Malouf’s delicate drawings, particularly of women. I first saw her work in the film Moonrise Kingdom, where it appeared on the cover of a book that the character Suzy checks out indefinitely from the library.

Other pieces in the December 8 issue include an excerpt from Martha Nussbaum’s upcoming book, Justice for Animals: Our Collective Responsibility,about our ethical obligations to nonhumans. We illustrated it with three images from artist Taryn Simon’s 2011 book A Living Man Declared Dead and Other Chapters I–XVIII, a vast project charting the bloodlines of different groups of people, and, in this case, animals. In one chapter, she follows the offspring of the first wild rabbits introduced in Australia, in 1859, and their eradication by lethal injection.

The artist Johnalynn Holland, who reliably delivers warm, beautiful portraits, contributed one of the economist and philosopher Amartya Sen for Fara Dabhoiwala’s review of Sen’s memoir, Home in the World. Yann Kebbi executed a quivering drawing of Bob Dylan to accompany Dan Chiasson’s wonderful review of Dylan’s The Philosophy of Modern Song, and Romy Blümel drew a portrait of the writer Andrea Barrett to accompany Regina Marler’s review of Barrett’s latest book, Natural History. For the first piece in a two-part series on economists foundational to the discipline, Corey Robin wrote about Being Me Being You: Adam Smith and Empathy,by Samuel Fleischacker, and John Broadley illustrated it with a lively timeline of economic machinations, from the nineteenth-century harvest to present day e-commerce. 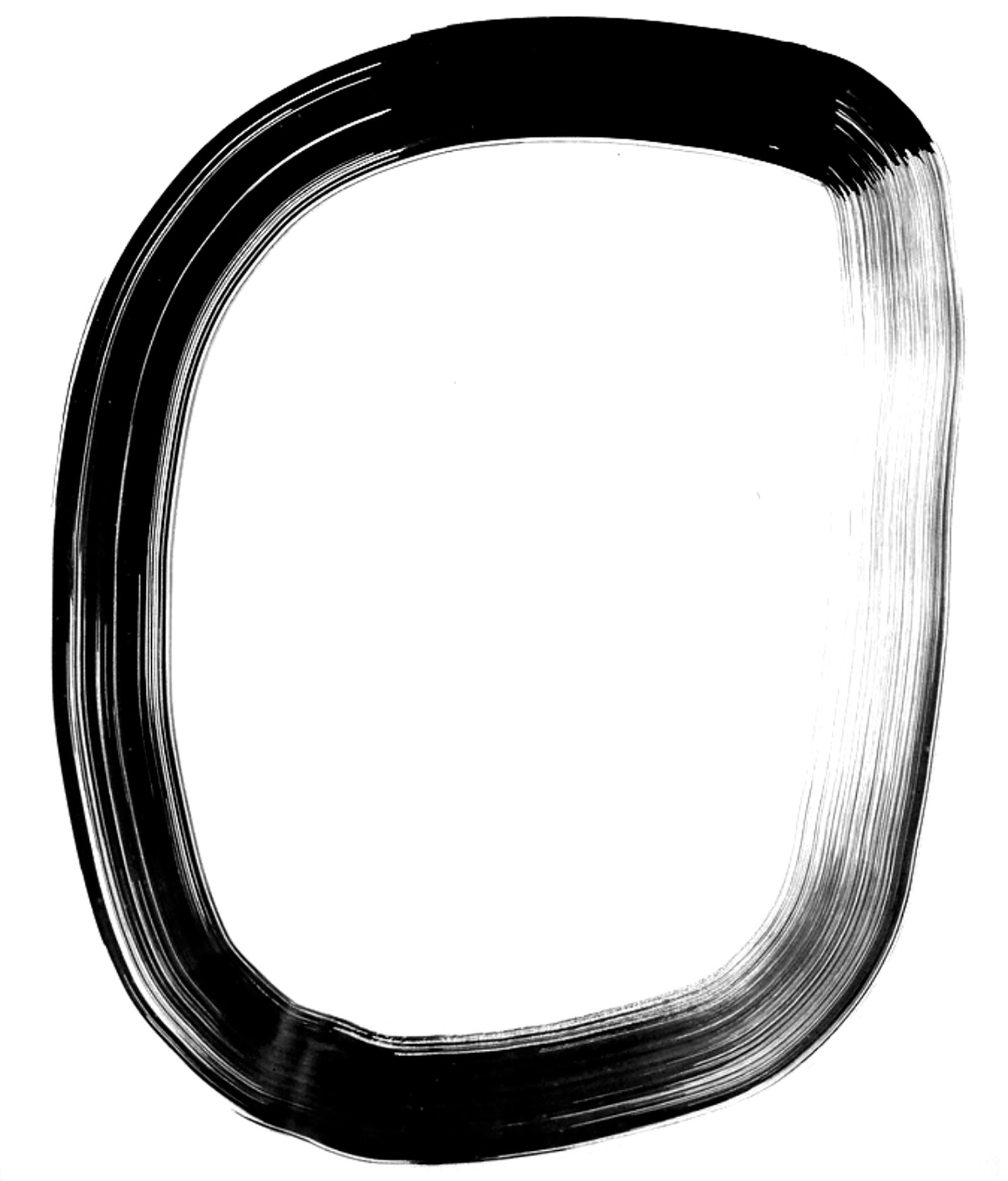 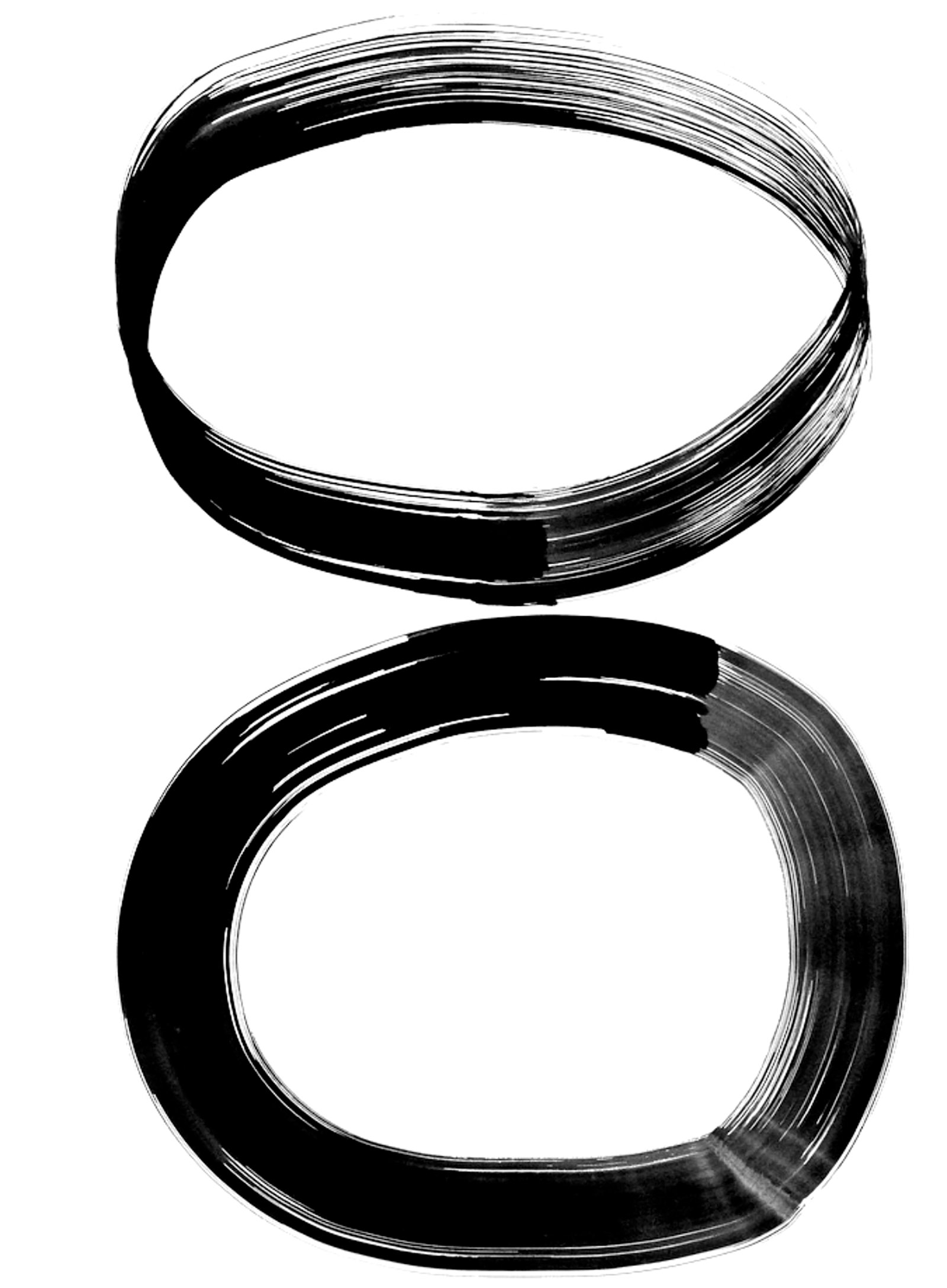 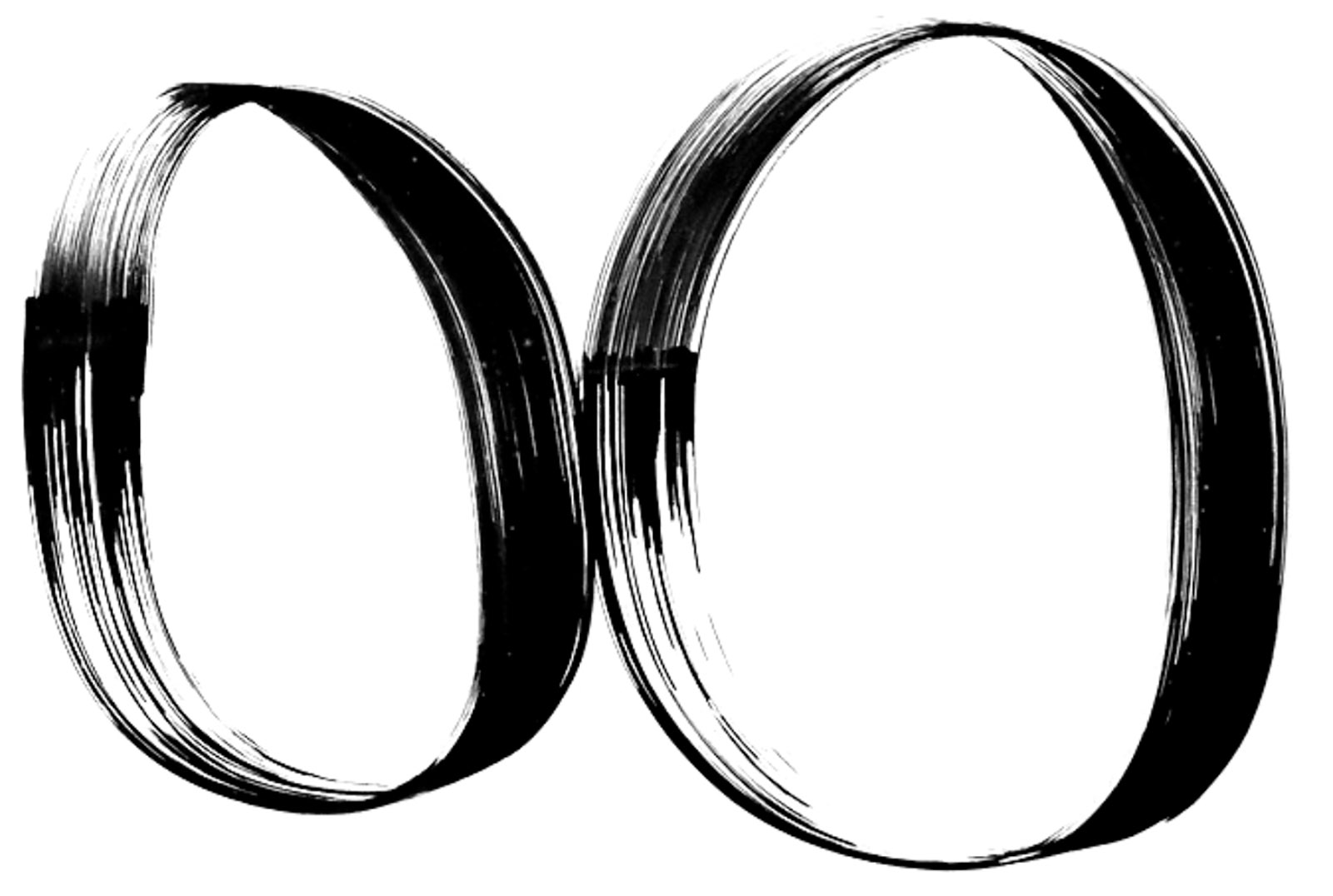 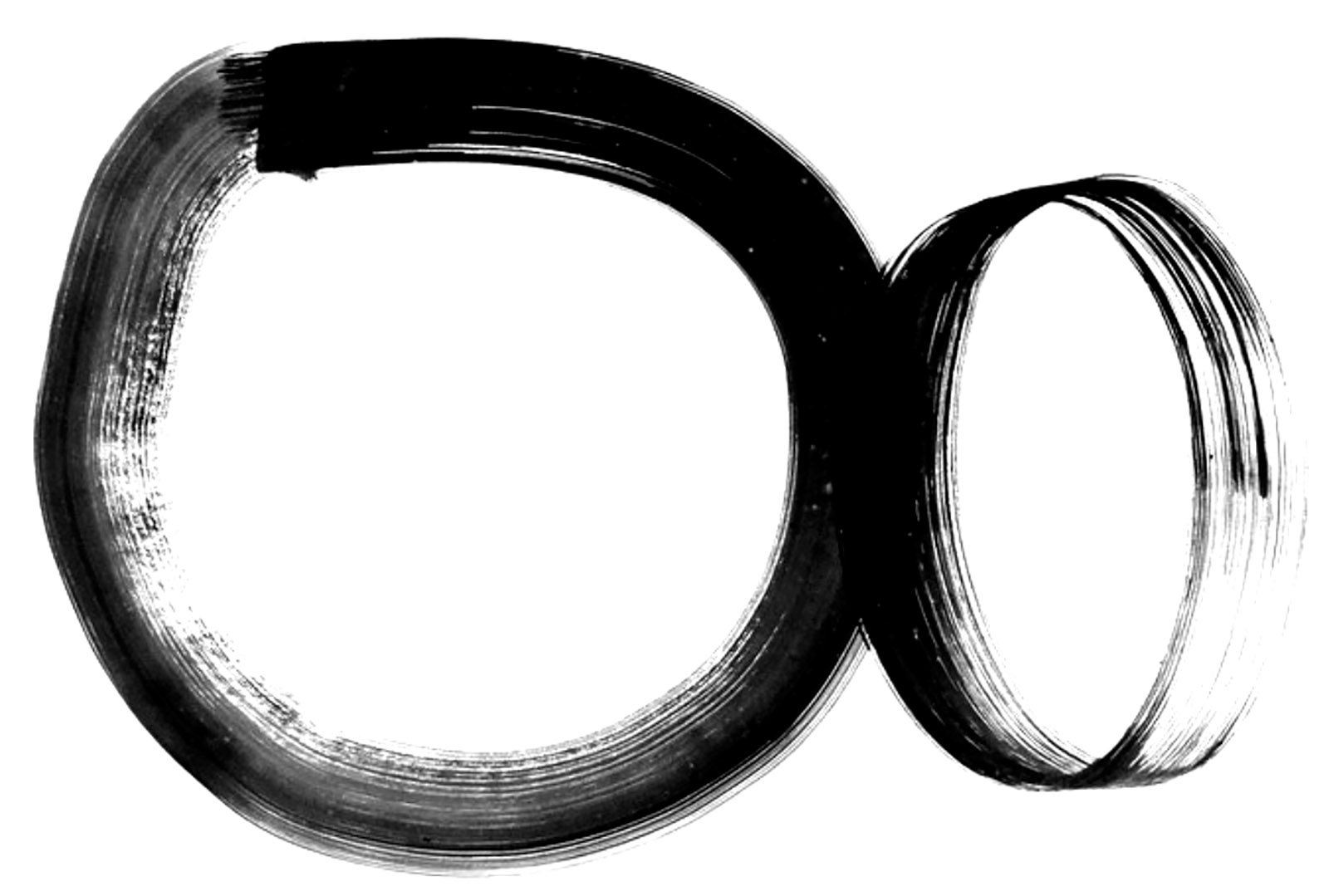 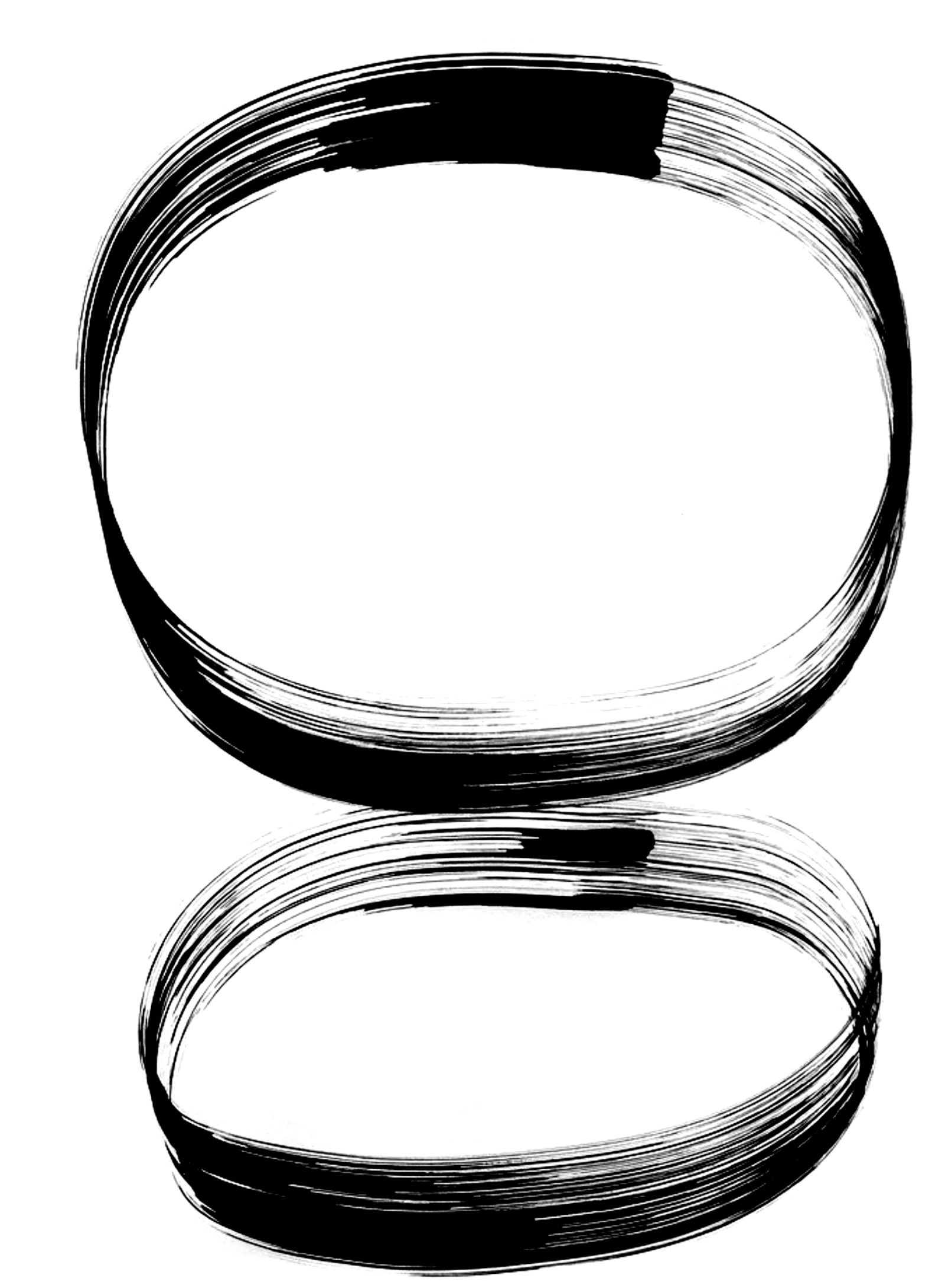 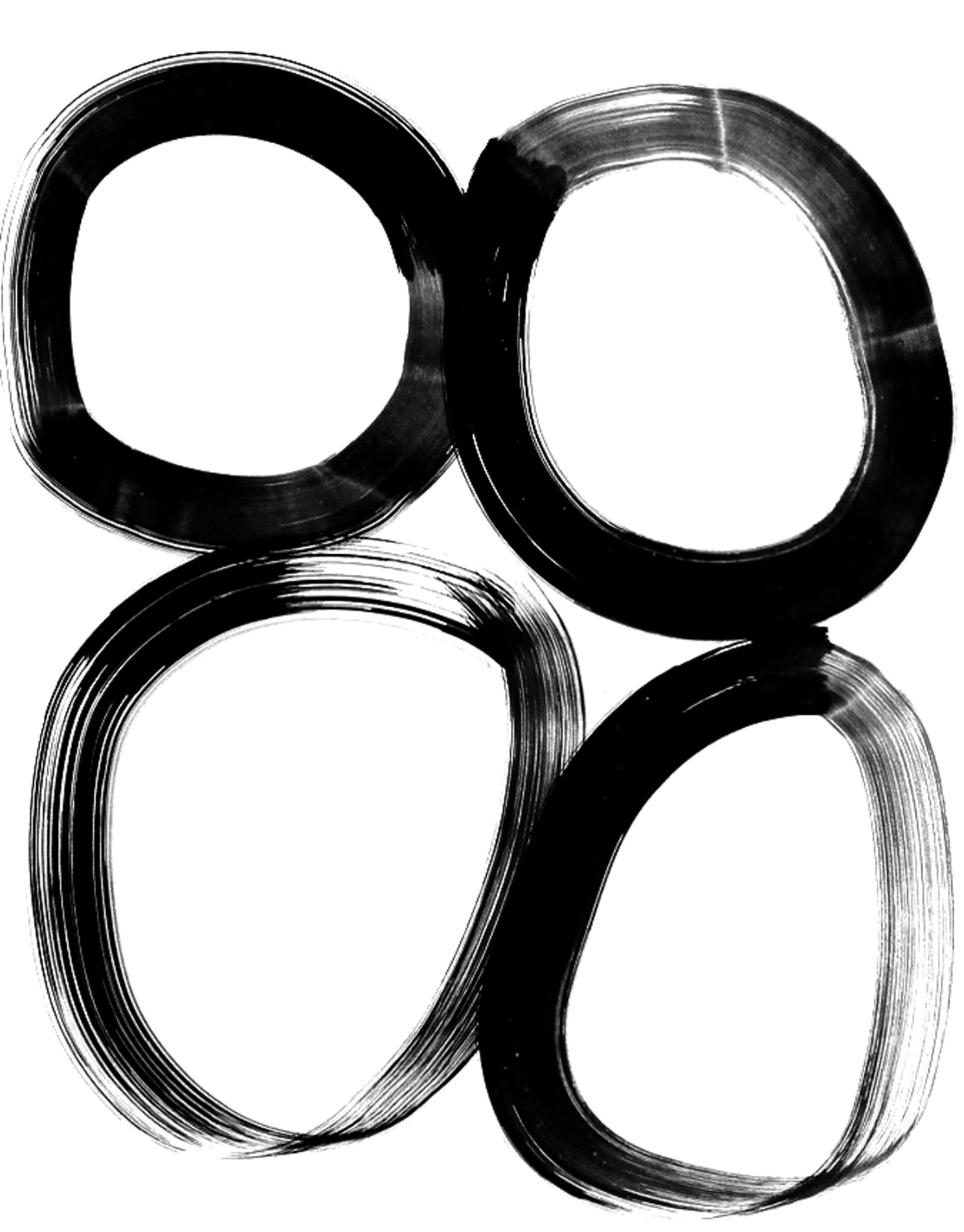 The looping series art for the issue is by the New York–based abstract painter Agnes Barley, who has more circular work in a show at Sears-Peyton Gallery, up through December 17.

Between waiting for final pages to check, reading pieces for the holiday issue, and following up on invoices, I make sketch after sketch of Biscuit. I’m midway through Celia Paul’s book Letters to Gwen John, which New York Review Books published in April, and have John’s beautiful cat studies on my mind. I came to love her work through her quick watercolors of her tortoiseshell cat, Edgar Quinet. I can’t help but think Biscuit resembles P-22, the mountain lion roaming LA’s Griffith Park, and as I paint his rough and rowdy ways, I think about the Nussbaum essay, and Blake’s “Tyger Tyger.”

Language of the Field

Language of the Field

Leanne Shapton is the art editor of The New York Review of Books.

The Only Way to Go

O Brother, Where Art Thou?