I spoke incorrectly on two points in my recent article about Formula One racing [“Start Your Engines,” NYR, January 19]. First, I said the only Formula One race in North America at the present time takes place at the Circuit of the Americas in Austin, Texas, whereas I should have said, and meant to say, the only F1 race in the United States. There is, and has long been, a Montreal F1 event. And second, I referred to the experimental “Halo” head-protection system above the driver’s head as a neck-and-spine protector, which it is not—a difference a discerning F1 fan might remark on. 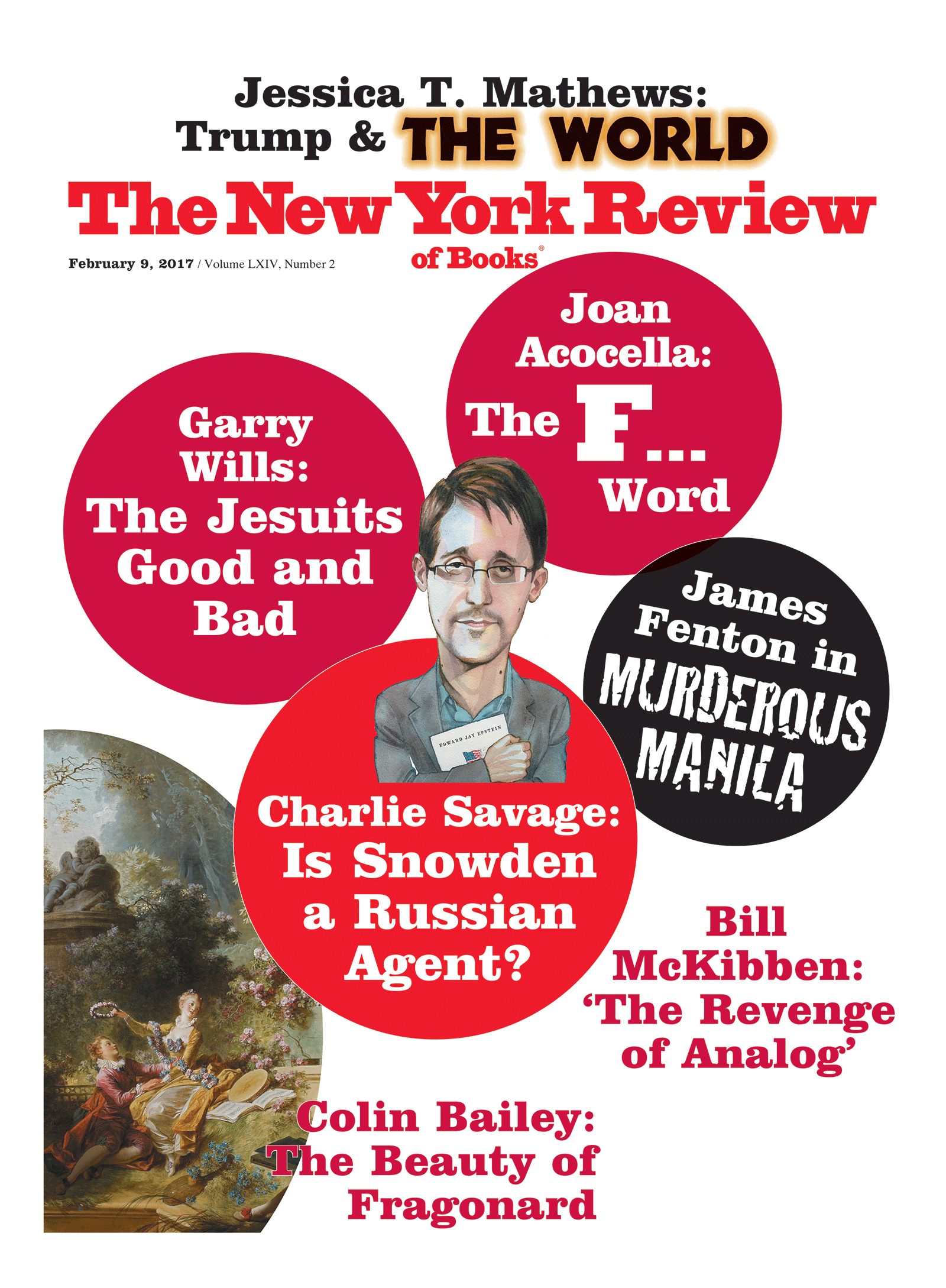